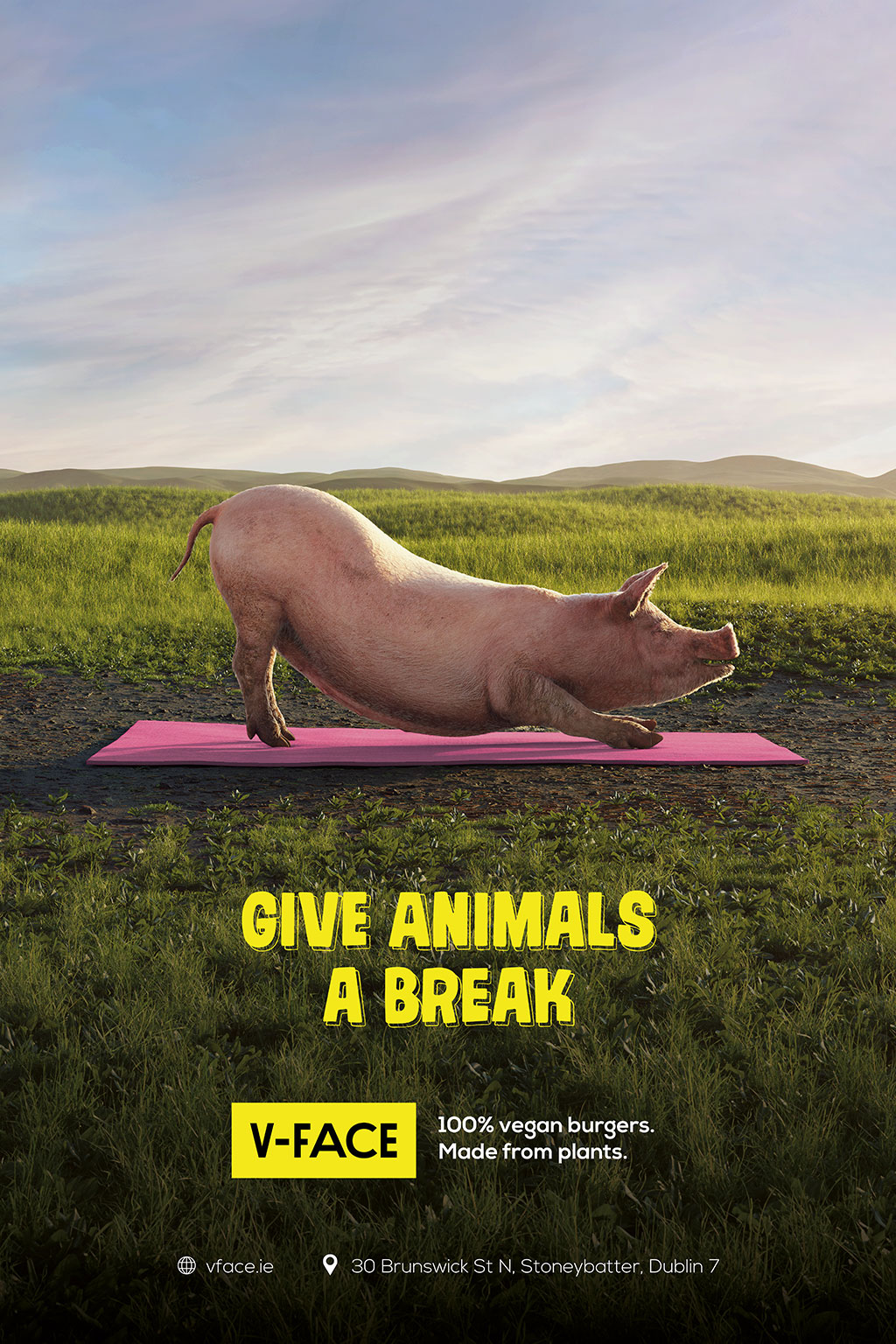 V-Face started out as as a pop-up in a Stoneybatter pub in 2019, opened the doors of their unique vegan restaurant in 2020.

With the tagline “animal burgers, made from plants,” the menu is 100% vegan and serves everything from hot-dogs to a vegan take on the Big Mac and cauliflower wings.

Instead of using vegan advertising’s typical shock tactics to dissuade meat consumption, the new campaign, which was created by The Public House, takes a more light-hearted approach, imagining what animals get up to in their free time when you give them a break and choose a vegan alternative to the typical hot dogs or burgers. It also aims to convince people to try a less guilty plant-based fast-food alternative. And the timing of the campaign couldn’t be better, with lots of meat-eaters giving Veganuary a go as a quasi-New Year’s resolution. 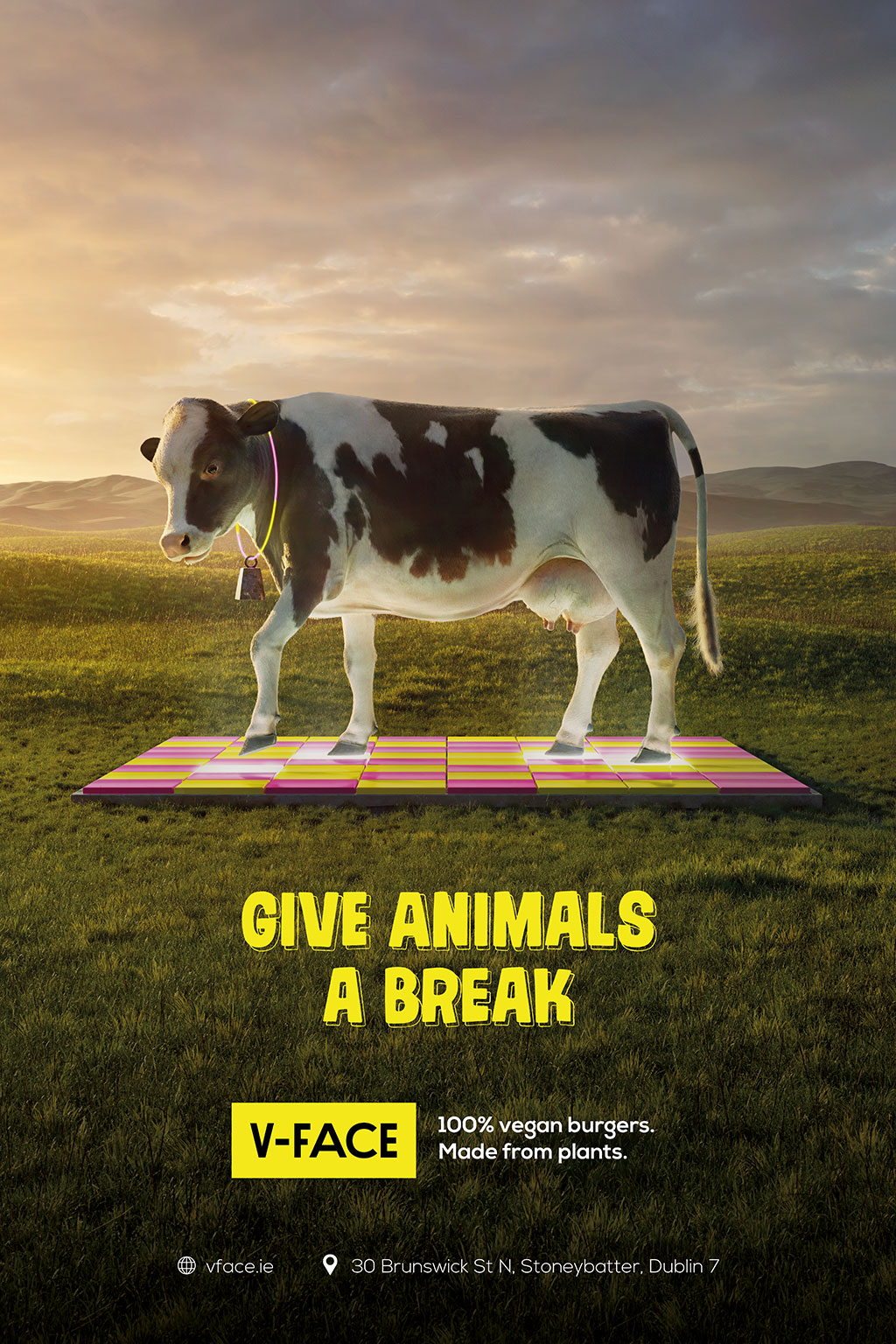 According to Sarah Walsh, head of strategy, The Public House: “Flexitarian diets are quickly becoming the norm for Irish consumers, so it makes sense to reflect that intention in our work rather than the more hard line approach commonly used to promote veganism. There is plenty of space for character and humour in this category and that’s why we loved teaming up with V-Face.”

Sarah Boland, MD of V-Face adds: “I loved working with The Public House on this campaign. It was important for me to see the V-Face brand in the final execution and it definitely radiates here. At the end of the day, we’re not ordering people to give up meat. It’s more of a friendly message which we hope welcomes everyone through our doors. We chose January to release the campaign as Veganuary is when we see lots of people dipping their toes into veganism for the first time, and we’re here for it!”

“This is a fun campaign for a very fun brand. A downward hog, a cow busting a moove and a hen party are more than just quirky ‘what-ifs’, they allow V-Face to align their brand with a much larger customer base. Our January launch was intentional too, a lot of people will have resolved to try veganism this month. A visit to V-Face won’t break any rules but will let those people treat themselves,” says Mikey Curran, associate creative director, The Public House.

The campaign for The Public House kicks off a new year of work, following a successful 2022 with the growing independent creative agency’s clients including Jameson and EPIC The Irish Emigration Museum, FBD and Paddy Power. The agency is known for its strategic rigour and creative edge that delivers for its clients, with a principle that ‘Boring Doesn’t Sell’. 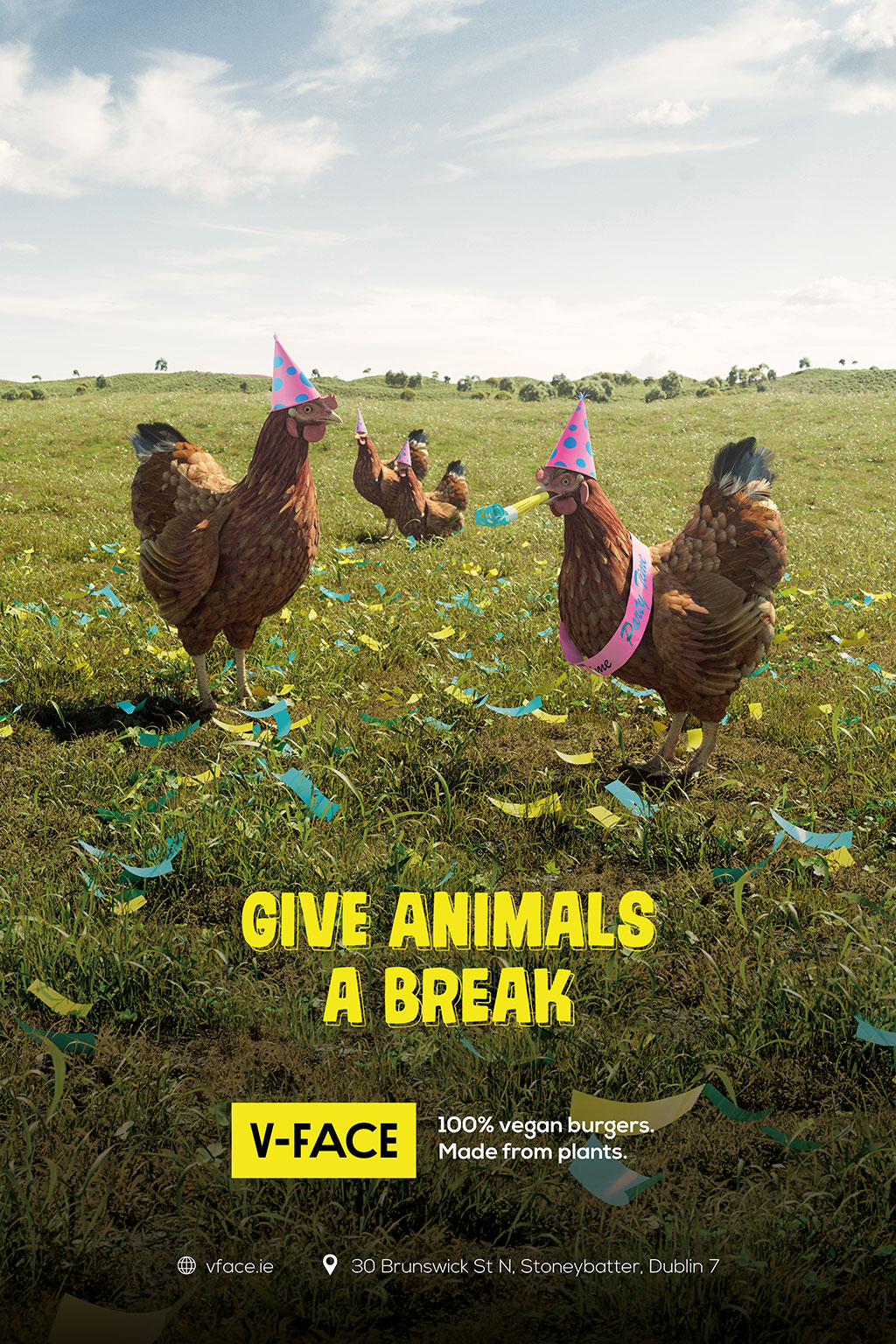