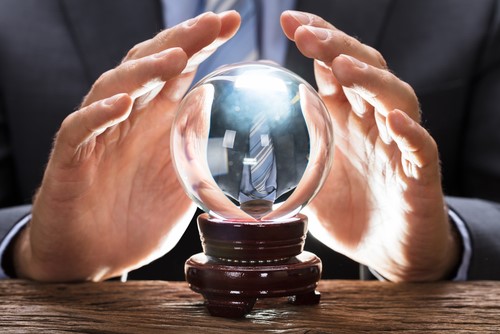 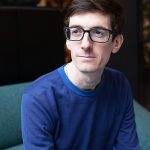 At the start of year, Core Research published its Predict 2020 report which examined the hopes and fears of 1,000 people across the country. As we reach the end of the year, Finian Murphy looks back at the predictions to see which were correct and which were wide of the mark.

35% of the population believed that public interest in data privacy would be very important in 2020. The majority of the public believed this would occur in 2020. At the time there was growing conversations about GDPR implementation and social media usage.

This year, with less opportunities to socialise, we have spent more time online and invested more in connected devices. However, it is unclear if concern about privacy has changed.

68% of people at the start of the year said more people would purchase smart devices for their homes. As a result of the time we have spent at home and online, our living rooms, kitchens and bedrooms have become more connected. Sales of smart speakers, connected lights and security systems have all increased as people invested in the place they spent most of their time in 2020.

In January 2020, 60% of the population said climate action would happen this year and 51% said it was very important to them, particularly a younger generation.

In February, the Green Party secured 12 seats in the Dáil and went on to form a coalition Government. As a result, the programme for Government has a focus on addressing the climate crisis. However many, including current and former members of the Green Party believe it doesn’t go far enough.

73% believe Ireland would have to address social and affordable housing

As rent prices increased, homeless numbers grew and housing stock couldn’t keep up with demand, housing was the main priority for under 40 year olds at the start of 2020. It would influence on why younger adults voted for Sinn Féin in the General Election.

In a year where “home” had such significance, average rent prices rose by an average of 1.2% around the country between June and September. House prices remained stable as those who saved, because of COVID-19 restrictions, could afford higher deposits on houses that became available. In 2021, there is little doubt that housing will be a key area of focus for a generation under 40 years old.

Majority did not believe that hospital conditions would improve.

In January 2020, 79% of the population said it was important that hospital conditions would improve but the majority (over 60%) did not believe this would actually happen.

In response to the outbreak of COVID-19, public spending on the health system dramatically increased with extra investment and capacity. However, COVID-19 has also impacted on many health services and waiting lists, so time will tell if conditions have increased across the board.

Most people in Ireland thought Trump would be re-elected.

Trump believes he was re-elected.

In fact, he was not.

62% of people believed Dublin would win the All Ireland Football Championship.

With the delayed championship, we still don’t know the outcome of this prediction. The question will be can Cavan prove it wrong this weekend and proceed to the final, or will Dublin go on to face Mayo or Tipperary.

This is a prediction which we have yet to clarify.

Finian Murphy is marketing director of Core. The Core Research PREDICT 2021 report will be published in early January. To receive a copy, simply register your details over at onecore.ie/intel