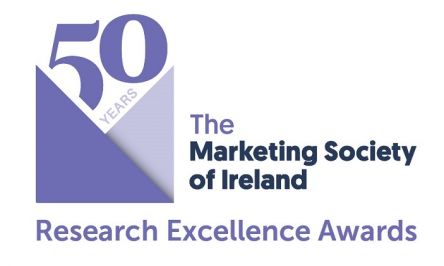 As part of its 50th anniversary celebrations in 2020, the Marketing Society has created a exclusive series of videos featuring interviews with many of the leading figures who have played a key role in the evolution of marketing in Ireland over the last 50 years.

Overt the coming weeks, Adworld.ie will feature the entire series, beginning with the 1970s when industry mavericks like Jerry Liston, Robin Addis and Gerald Kavanagh discuss some of the big issues of the day including the Troubles in Northern Ireland, Richard Nixon and the Oil Crisis.

Commenting on this special ‘Insight Series’, Deirdre Wafer, Chairperson, Marketing Society of Ireland said,  “I would like to take this opportunity to thank most sincerely also those who contributed to this exclusive 50th anniversary Insight Series. The Marketing Society was founded 50 years ago with a vision to encourage the sharing of insights; best practices and the exchange of ideas and this series is testament to the power of that vision as to how  marketing and  indeed the Society has helped to shape economy and wider culture. I am humbled by the passion; leadership and creativity of all those who took part in the series and how many of the insights they shared can be applied to the current COVID-19 crisis.  I would encourage everyone to take the time to watch this impactful and indeed hopeful series.”

Learning from the past

On graduating from UCD in 1969 Gerard started his career in J Walter Thompson Advertising agency in London before moving to Paris in 1974 to Office National de Tourisme Irlandais (Bord Fáilte), and Chesebrough Ponds International in Paris as a marketing manager. In the late 70’s Gerard returned to Ireland as Marketing Manger in Gallahers where he spent seven years, after which he move to  The Irish Times. Gerard has had a number of other roles including lecturing and as a former chair of the Marketing Society and not least he was awarded a Knighthood by République Française (Chevalier dans l’Ordres des Palmes Académiques), for services to Culture and Education.

Robin Addis: Oil Crisis, Europe and a Lack of Confidence

Robin started his career in London in 1962 before coming to Ireland in 1967 to join Irish Marketing Surveys.  He set up Lansdowne Market Research in 1979 and was subsequently chair of the IMS group.  He was one of the founding members of the Marketing Society of Ireland and was the recipient of our inaugural Lifetime Achievement Award in 2018.  He has been instrumental in placing research and insights at the heart of Irish marketing.

Jerry Liston was educated at Gonzaga.  He was initially marketing manager at WR Grace, next at PJ Carroll before reaching the top at United Drug where he spent 26 years before retiring in 2000.  He has since been  chairman of the Michael Smurfit Graduate School of Business UCD. chair of the Irish Aviation Authority and on various boards including National Toll Roads, Glanbia and Gresham Hotels. Jerry was chair of the Marketing Society from 75-76.