Irish cinemas are planning to reopen next week as part of a modified Level 3 restrictions expected to be announced by the government today.  According to Wide Eye Media, some 99% of cinema goers that returned to the cinema in Ireland after the initial lockdown were “very happy” with their experience, rating it ‘very good’ or ‘good’ during a survey in September by MetrixLab.

With 2021 set to be a big year for the cinema industry following the postponement of a number of new releases, Wide Eye Media has put together a short montage of new releases the public can expect in the first quarter of 2021.  Featuring Wide Eye Media’s Lesley Anne Moylan, it provides a summary of each film as well as the all-important trailers.

October’s wave of Cinema View Research notes that 31% of respondents plan to return to the cinema before year end and 81% expect to go every 2-3 months or more frequently.  Meanwhile from a total of 2,400 respondents across both the July and October waves of Cinema View, one thirds of cinema goers said they plan to arrive earlier to the cinema than previously.  In addition, Kantar’s global Media Reactions report 2020 found Cinema to be consumers top advertising channel preference. 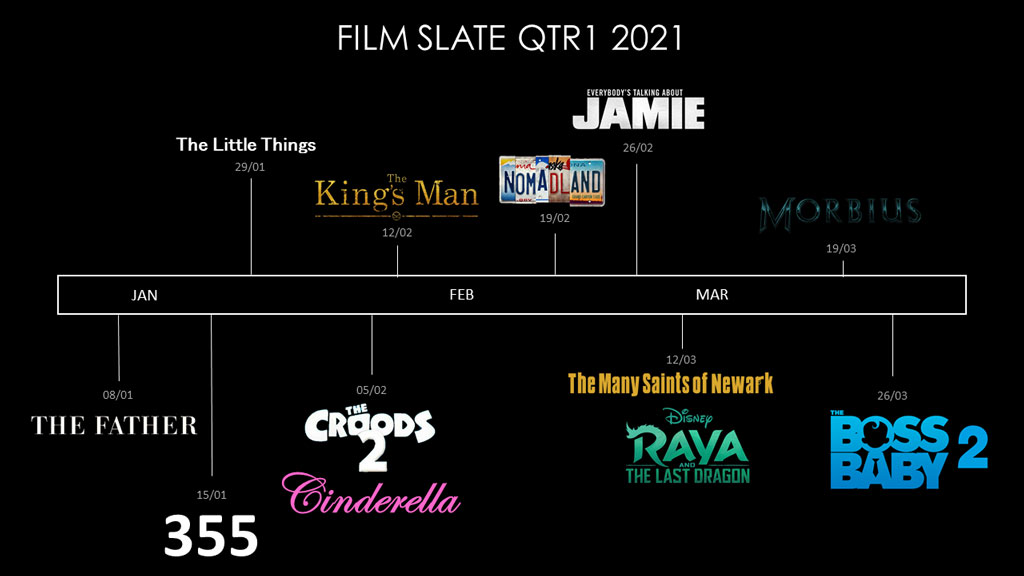