Showrunner, the entertainment and culture hub of Verve, teamed up with Guinness in the UK to roll out a new campaign for the Autumn rugby internationals.

Called “Plea for the TV” it is targeted at English, Scottish and Welsh rugby fans stuck in lockdown who won’t be able to flock to stadiums, their friend’s houses or pubs to watch the rugby. It asks siblings and friends living with these fans to simply hand over the TV’s remote control while the rugby is being broadcast.

“Tensions were bound to arise when the Autumn Internationals came around, and rugby and non-rugby fans were stuck in the same sitting room together. So we thought Plea for the TV was an entertaining and genuinely helpful way for Guinness to help rugby fans during lockdown,” says Sam Moorehead, creative partner, Showrunner. 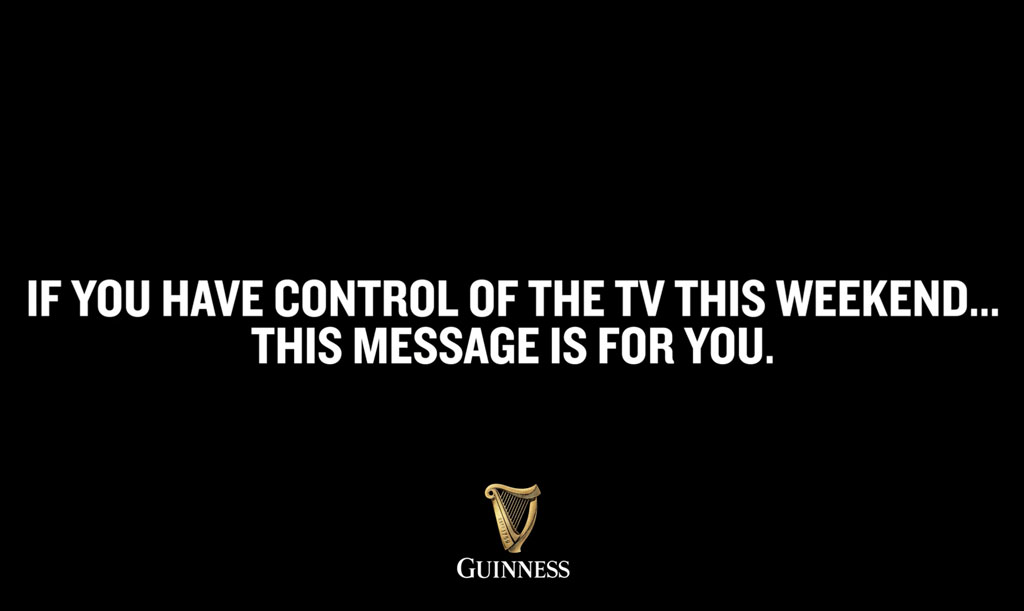