Not many days pass in the life of an advertising creative when you don’t mutter the phrase “I wish I had done that.” It’s always pointed at a fellow creative, with a mix of admiration and indignation, followed by the petty theories that they had a bigger budget, broader timeline or a braver client. I’ve just never found myself muttering that refrain about… an actor.

It’s easy to dismiss the advertising success of Ryan Reynolds as a lucky fluke fronted by a
pretty face (People Magazine’s Sexiest Man Alive 2010, the bastard). But I’m here to tell you that he’s been stringing together smart, subversive adverts for a while. A DIY guy among Hollywood actors, Reynolds spent over a decade trying to get Deadpool made, and naturally insisted on helping create the low budget marketing campaign around it as well.

That campaign not only helped catapult the movie to obscene box office numbers, but might’ve cemented his love for advertising. A formal-yet-informal agency called Maximum Effort followed in 2018 with creative partner George Dewey (ex-McCann ECD). Their first client? Aviation Gin, of which Reynolds became a majority owner after falling in love with its effect on a Negroni. Then, in 2019, he brought another company into the fold, this time buying into Mint Mobile.

I’ve seen enough of a sample size with both brands to concede that he’s nailed the audition as ad man, producing sharp, witty ads and nimble reactive content. We should all be watching closely too, as he’s basically engaging in an experiment that we all thought was only hypothetical – what kind of advertising is possible if you get to play client as well?

Creatives are usually the ones giving notes to the actors, but here’s a few I’m taking from Ryan Reynolds.

The need for speed.
Granted, Ryan doesn’t have the typical agency-client relationship as part owner in Aviation Gin and Mint Mobile. I’d imagine there’s no need to run things up the flagpole when he is the flagpole. So when a brilliant idea strikes, like recasting the poor Peloton wife actress in a brilliant piece of reactive content for Aviation Gin, he’s able to move at the speed of popular culture.

Within 36 hours he and George Dewey had a script, had her on the plane, and a razor-sharp piece of film shot and cut. Hard to picture a traditional agency-client dynamic working that quickly.

The Peloton example follows a trend of nimble reactive videos: Aviation’s much needed send-up of craft self-importance also featured a timely cameo from Andy King, whose candid admission made him the star of the Netflix Fyre Festival documentary. And to mark the leap year on February 29th this year, Aviation said Happy 21st Birthday to 84 year old Arlene Manko, enjoying her first legal sip of Aviation.

The window of reactive opportunities closes quickly, and Maximum Effort dives through thanks to a lack of red tape and decision by committee.

Mining gold from overlooked media.
When creatives see the words e-blast or mid-roll ad on a brief, we tend to shudder. But Ryan has taken the forgotten corners of media and made hay. After announcing his email address on the Tonight Show, over 20,000 curious viewers were treated to Aviation ads disguised in his funny and rambling Out of Office replies. He used a wrongly-shared internal email to lead people to a video of rejected Aviation taglines. He coyly dragged Aviation into Adam&EveDDB’s inception-esque mid-roll ad for Netflix and Samsung at the same time, helping create a rare non-intrusive mid-roll.

There’s also his playful jab at Super Bowl ads, running a full page print ad to announce how Mint was avoiding the big game, and passing the savings onto their customers through free data. It’s not only the content that’s creative, but the unorthodox and subversive ways it’s delivered.

Mixing comedy and compassion
Did Covid-19 slow things down for Ryan and Maximum Effort? Quite the opposite. Aviation
was one of the first to help out the bartender community donating 30% of online sales to out of work drink-slingers in the US. Mint Mobile followed suit, giving free unlimited data to its users without blinking. And he made the announcement with a rambling and honest voicemail that mercifully stepped away from the “we’re in this together” drivel. He then followed it up with a brilliant low-budget embrace of PowerPoint as a stand-in for the big budget mega-ad that was interrupted by the lockdown. Some would say it’s table stakes for brands nowadays to embrace a cause, but the way Reynolds & Co are doing it feels more authentic and less self-righteous.

Look, I’m not saying I’d carve Ryan’s annoyingly handsome face on my Mount Rushmore of advertising, but damn he’s climbing the charts at blinding speed. What he’s been able to do with Maximum Effort and his partner in crime, George Dewey, has been impressive.

All evidence points to them working fast, being unorthodox, and keeping it fun. Yes, they happen to have a famous frontman with a massive social following and an ability to step onto a talk show couch at a moment’s notice. That certainly helps. But if you look past the veneer of the charmingly smarmy spokesman-slash-owner, there’s some real creativity, smart use of media, and spot-on reactive content, all on seemingly modest budgets.

Not bad for an actor who does this as his side job. 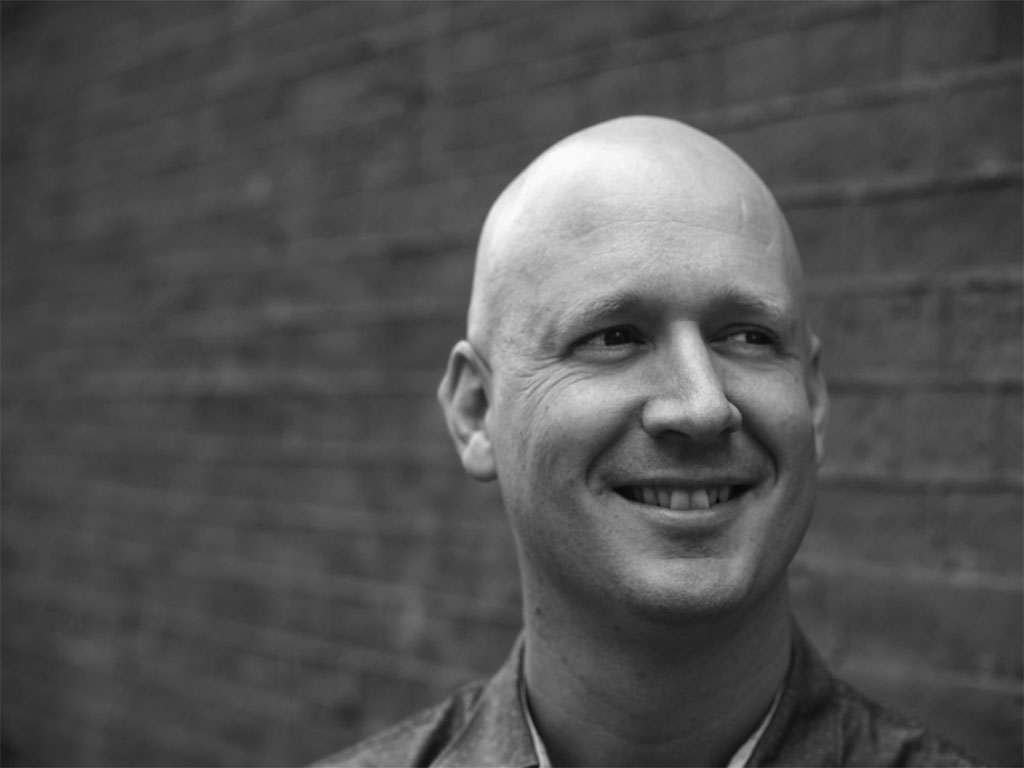 Jarrod Banadyga is a Creative Director at The Public House.