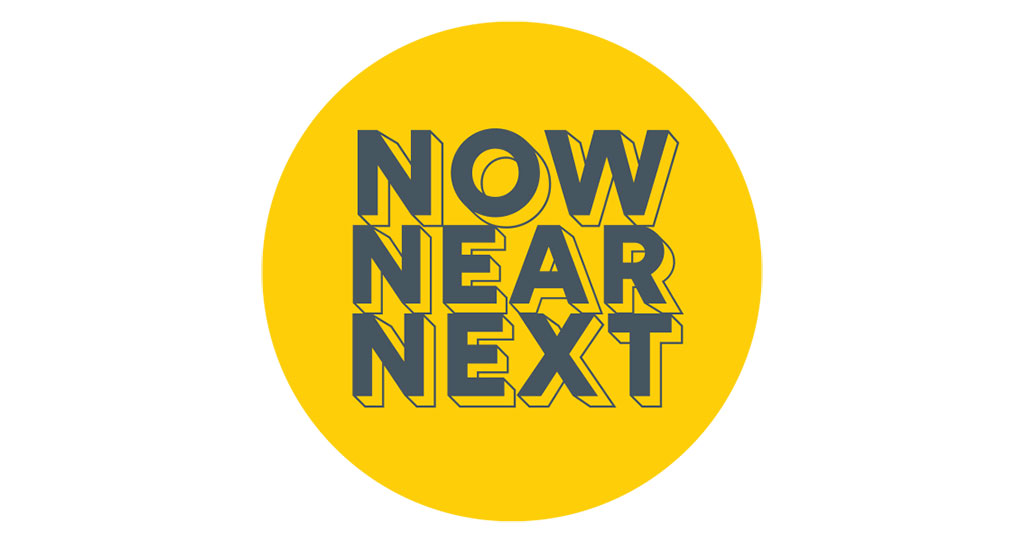 With Phase 1 of the Government’s lifting of restrictions now underway, Colum Harmon, marketing director PML Group looks at the latest implications for the OOH industry.

Phase one of the reopening of society and the economy this week has provided a welcome boost for the nation as opportunities to see more people and partake in some sport are available to many of us again. Stories of queuing have been conspicuous this week. Monday was garden centres and DIY stores, Wednesday was McDonald’s. The inevitable rush to these beacons of ‘normal life’ are clear evidence of people’s desire to re-engage with day to day life, to taste normality and to change their scenery.

Our mobility analysis this week from various sources including Locomizer, Transport Infrastructure Ireland and dublinbikes is further evidence of this. A very welcome result of phase one, from an OOH point of view, is the reintroduction of posting on classic OOH formats such as billboards and bus shelters. Brands including AIB and Pantene are among the first to re-engage and coupled with the increased and growing audience out of home, Outdoor advertising is very much back on the agenda for brands.

This week with Locomizer we’ve looked at auto and pedestrian movement out of home in Dublin across the past four Mondays and fused it with DIY and electrical retailer locations, many of whom opened this Monday with the advent of phase 1 of the government’s roadmap. The visualised hotspot timelines trend movement patterns by foot and motor over the past month.

One interesting insight is the increased dispersal of pedestrian mobility evidenced on the May Bank Holiday Monday on the 4th.

This week, TII’s daily snapshot of car traffic during the peak morning travel hours continues the narrative that from Tuesday 21st April, an upward trend in car traffic volumes became apparent. Analysis of data comparing counts on Thursday 21st May with the previous four weeks shows that traffic volumes have increased by more than 55 per cent on average on 10 routes into the State’s main towns and cities since some restrictions on movement were lifted. The enaction of phase 1 of the government’s roadmap on this week has seen traffic levels rise 28% over 7 days.

Car traffic volumes on the radial routes into Dublin show an increase as compared with Thursday of last week of between 25% and 36%. Car traffic was up 36% on the M11 at Bray, 29% on the M4 at Celbridge-Maynooth, 25% on the M1 at Swords to Airport and 24% on the N7 at Citywest. Levels of growth in Dublin are similarly evident in regional cities. These figures continue the trend that has been evident since Monday. 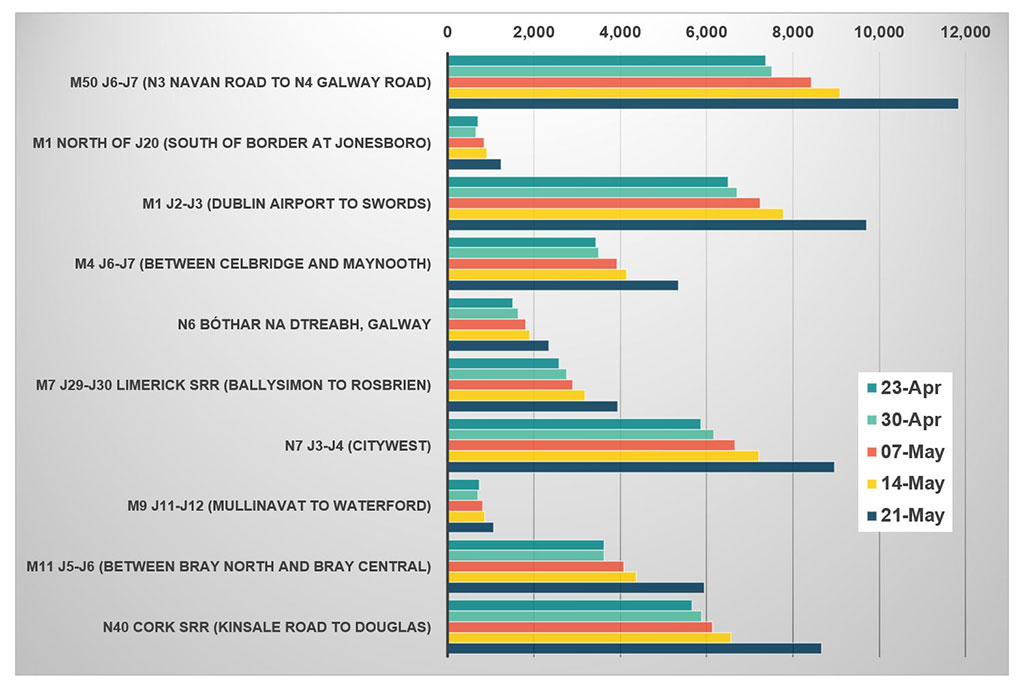 The latest data from Apple reveals changes in the travel behaviour of people who use its Maps app. 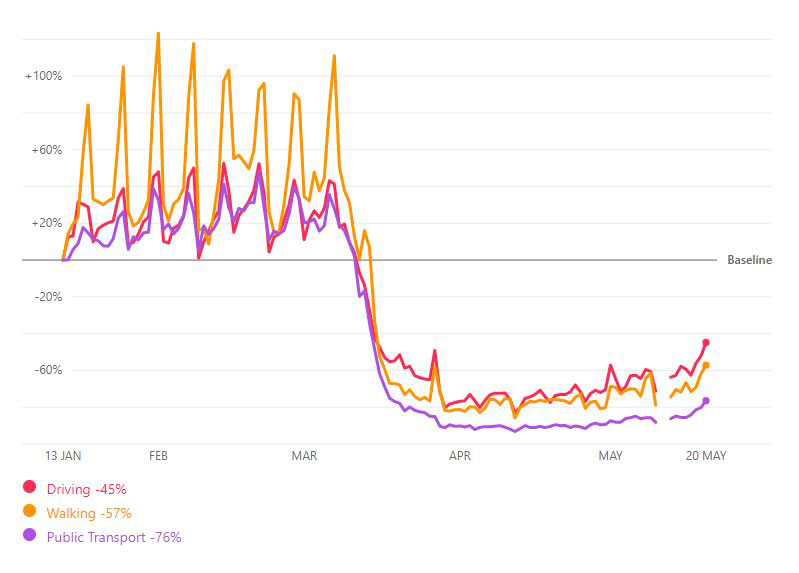 Here is the change in routing requests in Ireland to Wednesday 20th May. All forms of mobility have increased from seven days earlier driving (+39%), transit (+61%) and walking (+56%). This is the largest weekly increase since the low point in mid-April. Dublin is among the counties seeing the largest weekly rise in driving at 52%. Other modes are also well up in the capital with transit up 71% and walking up 68%. Combined national mobility has nearly doubled (+96%) from a low point in the same day just over a month previous on 15th April. 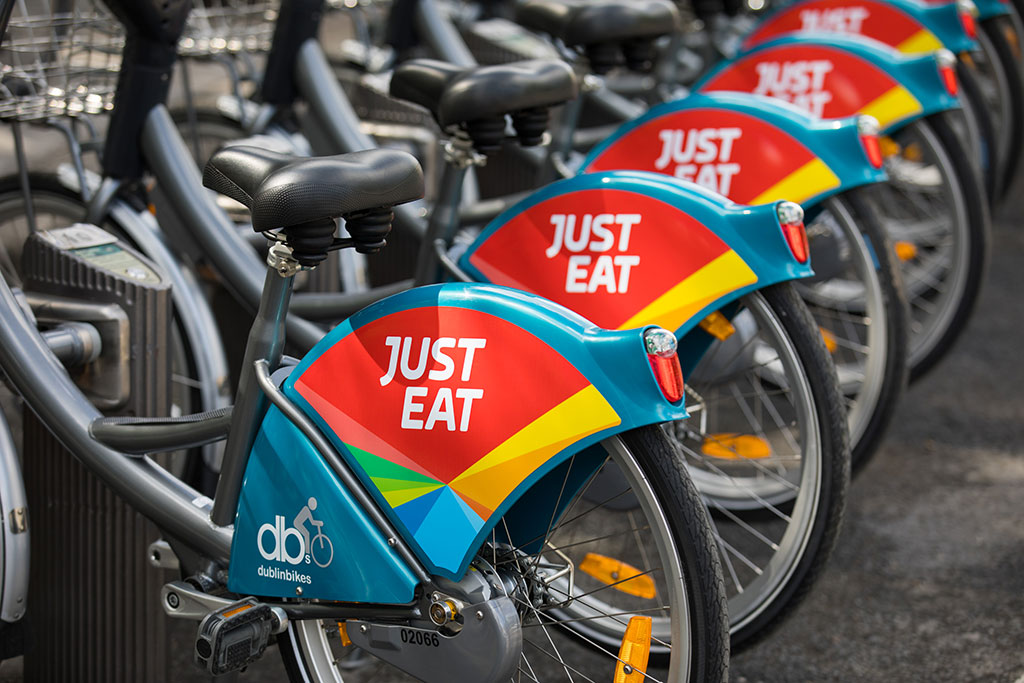 Further evidence of increased audience and mobility in Dublin city comes from JCDecaux, who reported this week that journeys on the Just Eat dublinbikes increased by 64% for the first two weeks of May, compared to the same period in April. The OOH media owner operates the bike scheme on behalf of Dublin City Council. Last week we reported massive increases in monthly figures on the BleeperBike scheme in the Fingal area of Dublin.

Dublin City Council and the National Transport Authority this week issued a report entitled ‘Enabling the City to Return to Work’. It sets out plans for how priority on road space will be given to pedestrians, cyclists and public transport as the city adjusts to social distancing requirements on pavements. This includes the phased pedestrianisation of College Green and fewer buses using the same stops, meaning longer walks for some commuters.

The changes aim to accommodate a 100% increase in pedestrian traffic and a 300% increase in cyclists. The report lists 14 radial routes that will give priority to non-vehicular traffic, including

Brand managers everywhere are grappling with formulating a suitable media mix amidst the whirlwind of disruption in audience behaviour that occurred so suddenly just two months ago.

There is no shortage of insights and hard data on audience that tells different tales for media and we have highlighted some of these in an Out of Home sense through this Now Near Next series. But what should brands be saying in their OOH comms and how will the audience perceive them? How will that develop in the short and longer term? Context will be king and the tone and content of what is delivered will be as important as where its located and whether it’s on a 48 Sheet, Bus Shelter or a digital screen in a shopping mall.

In a recent webinar Orlando Wood of System1 shared some research on what types ads are connecting at present. He maintains that the Covid crisis calls for right brain thinking in advertising as it is a time of empathy, shared experience, alertness and vigilance. So, avoiding creative focusing on the hard sell, pandering to self-image and aggressive, performance-focused ads in favour of more character and scenario driven creative is connecting much better with consumers. Also, ads with a connection to local place and community are being well received. Wood advised showing life and generosity. People, place and community are highly valued. Out of Home is all about place. It’s in the community. It’s visual and can tell a story. Through digital content management systems, such as our LIVEPOSTER platform, it can be highly contextual and as hyperlocal as a brand wishes.

Marketing and brand strategist Prerna Katyal compiled the graphic below, showing the brand narrative evolution during the Covid outbreak. 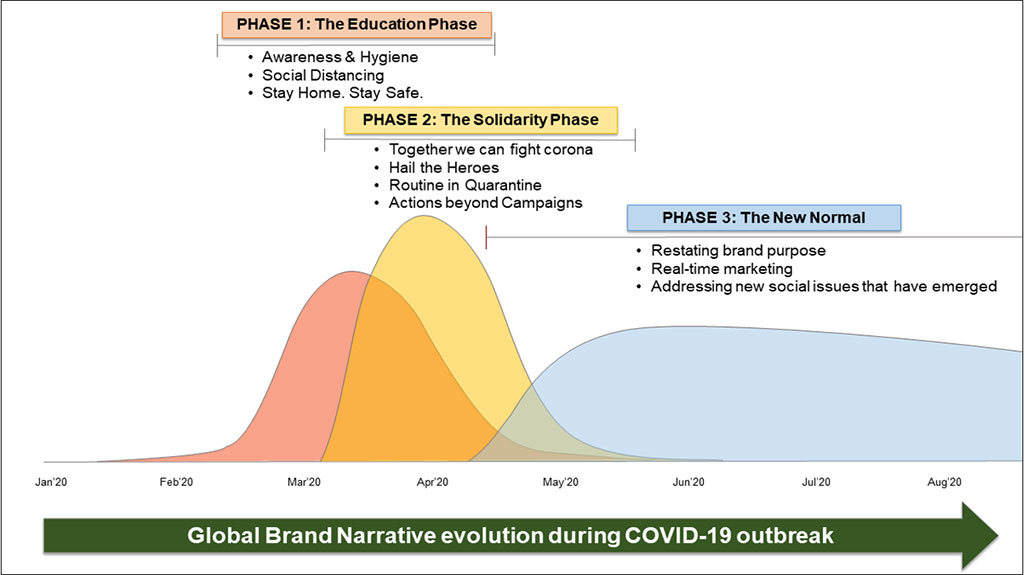 In Ireland, for many advertisers, we are probably at phase three now where brands are looking beyond Covid ‘reactive’ messages to a more regular brand comms but in a new Covid context. Connecting brands with consumers again, reacting to events in real time an addressing new societal norms all fall within OOH’s capabilities, both from an audience and delivery point of view. But it’s not all about new messaging.

Research from Red C suggests that most consumers are craving normality, and if your advertising was already made as a longer-term brand building campaign, then the impact should be greater now than ever. Our own iQ research last year found trust in OOH up at 75% among key demographic groups. That trust in what consumers are seeing and hearing will be crucial in the Now, Near and Next.

Supermarkets continue to see large volumes of sales and long dwell times as we emerge from lockdown. Research gleaned from the retail market provides some fascinating trends in shopping behaviour as the people of Ireland adapt their day-to-day routines under the current restrictions.

One of the country’s leading supermarket chains, SuperValu (of Matt Damon fame!), last week revealed a breakdown of products and categories that are selling strongly since lockdown began. Home baking has spurred on the sales of flour with a 400% increase. The go-to staple of Irish baking contributes to the sales of bananas, with one currently being sold every second across its stores. The supermarket also revealed its serving over 2.6 million customers every week. 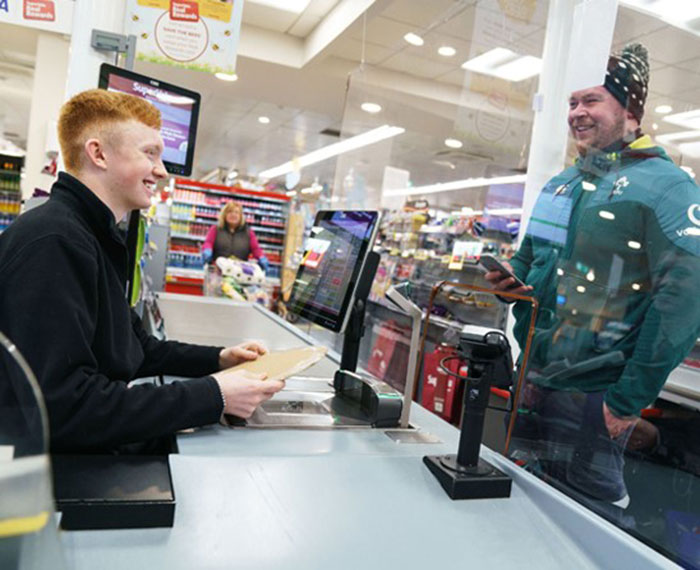 This baking boom is also evident in Tesco stores with Clear Channel/Dunnhumby analysis of its sales figures showing eggs and butter/spread jumping by 55% and 35% respectively. The good weather has sprung an uplift in sales of ice cream by a whopping 74% across the two-week period to April 19th.

The garden has turned into a refuge and is occupying much of our free time with BWG Foods reporting sales of gardening products in excess of €1m since the start of the COVID-19 lockdown.

The retail sector has also seen reputational gains from the crisis with Ireland Reptrak 2020 study reporting the retail food sector was the most trusted sector in Ireland.

The continued stream of supermarket figures being released highlights the opportunity the retail environment offers brands to maintain presence and develop contextual POS communications that resonant with audiences.  As we enter phase 1 of the roadmap, traditional POS formats such as Purchase Points and Adbox have now resumed posting, expanding the OOH touchpoints currently available in the environment.