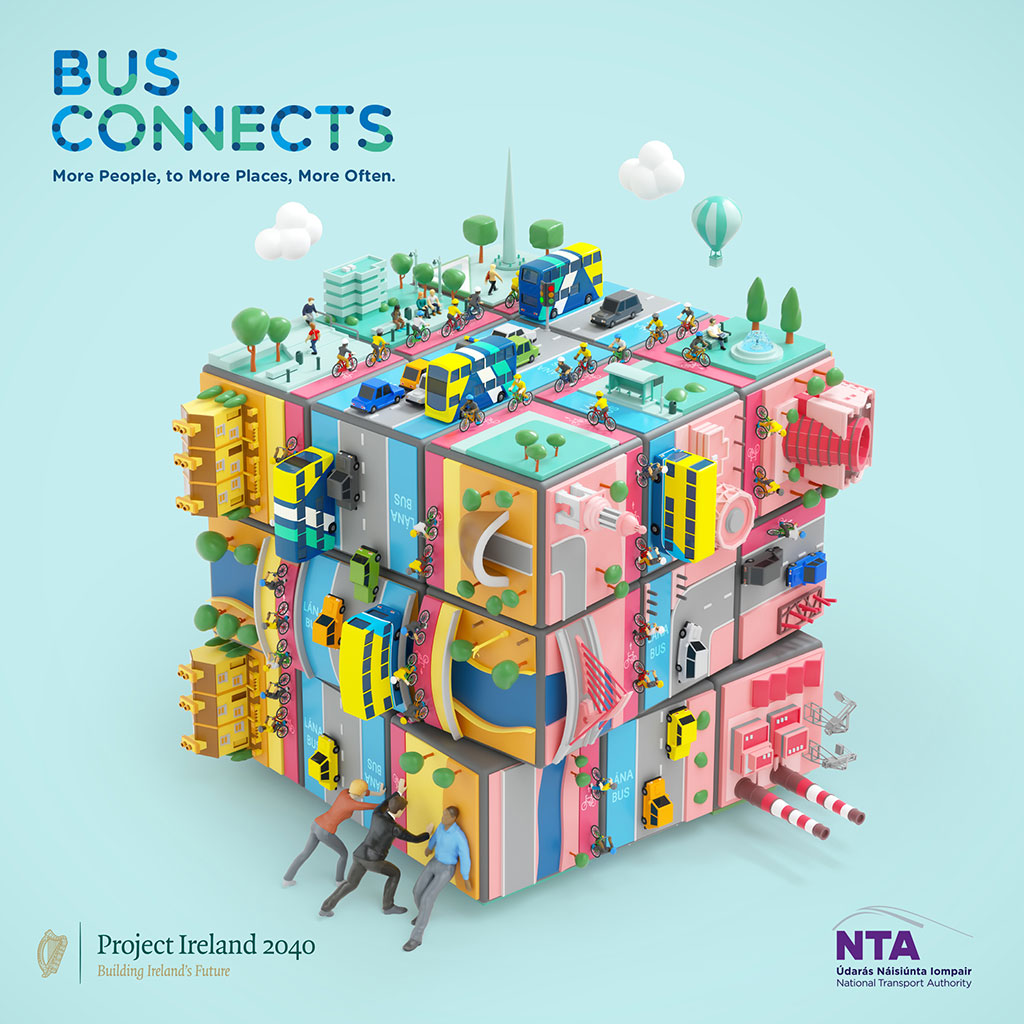 BusConnects, a division of the National Transport Authority, launched their second round of public consultation for the Core Bus Corridor Project with an expansive through the line campaign created by TBWA\Dublin.

The campaign visuals, by Watermark Studios, feature an intricate representation of Dublin city as a Rubik’s cube being solved thanks to the collaborative efforts of the public and BusConnects. Online the Rubik’s cube visual really comes into its own with beautifully constructed animations that explain elements of the Bus Corridor Project such as Signal Controlled Priority and Bus Gates.

Radio uses two voice in a back and forth, outlining the project goals and asking the public to get involved and have their say during the second consultation phase.

Digital, Display and Social highlight various elements of the Bus Corridor Project, such as the addition of 200km of cycle tracks and lanes and 200km of bus priority routes around Dublin, all with the overarching aim of building a more efficient, sustainable city.

Dillon Elliot, Creative Director at TBWA\Dublin said “It’s always a joy to work on something that will have a real impact on people’s lives. Here, a beautiful visual to articulate the back and forth process that will lead to a leaner, cleaner future for the city.”

Anne Graham, CEO of National Transport Authority, said “I’m confident that the revised routes will greatly improve journey times and most importantly will reduce CO2 emissions by having more people move from their car and onto the bus. We are also moving forward to creating a fleet of low emissions vehicles with half of the fleet due to be converted to low emission buses by 2023.”

TBWA\Dublin are delighted to play a small part in a vast project that’ll improve the lives of everyone that lives in and visits Dublin for years to come.