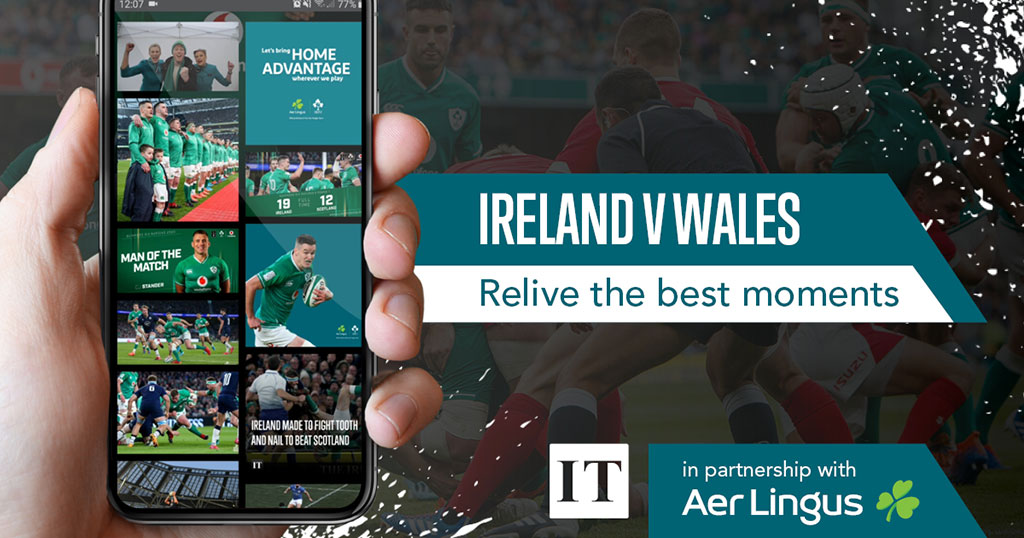 The Irish Times has partnered with Aer Lingus for its coverage of the Guinness Six Nations tournament which is currently underway.

Aer Lingus is the official airline of Irish Rugby and the cross-platform partnership will run for February and March on IrishTimes.com and in The Irish Times Magazine.

In an Irish media-first, the publisher has launched the new Imprint format. According to the Irish Times, the Imprint is a “visually rich, interactive storyboard which captures the best of social content, key match day stats and moments, video footage, and highlights the shared passion of the fans. Users can get involved with the action using #HomeAdvantage.”

Aer Lingus will also have exclusive sponsorship of all Six Nations content on IrishTimes.com, backing the women and men’s squads, with bespoke creative for both teams. The Irish Times coverage will include all news stories, liveblogs, opinion pieces, and analysis.

In addition, the Irish Times Content Studio will publish character-driven articles profiling the men and women’s rugby teams online and in The Magazine. In addition, the high impact back page of The Irish Times will be dedicated to championing Ireland’s women’s team, driving awareness and support to the upcoming games in Energia Park. 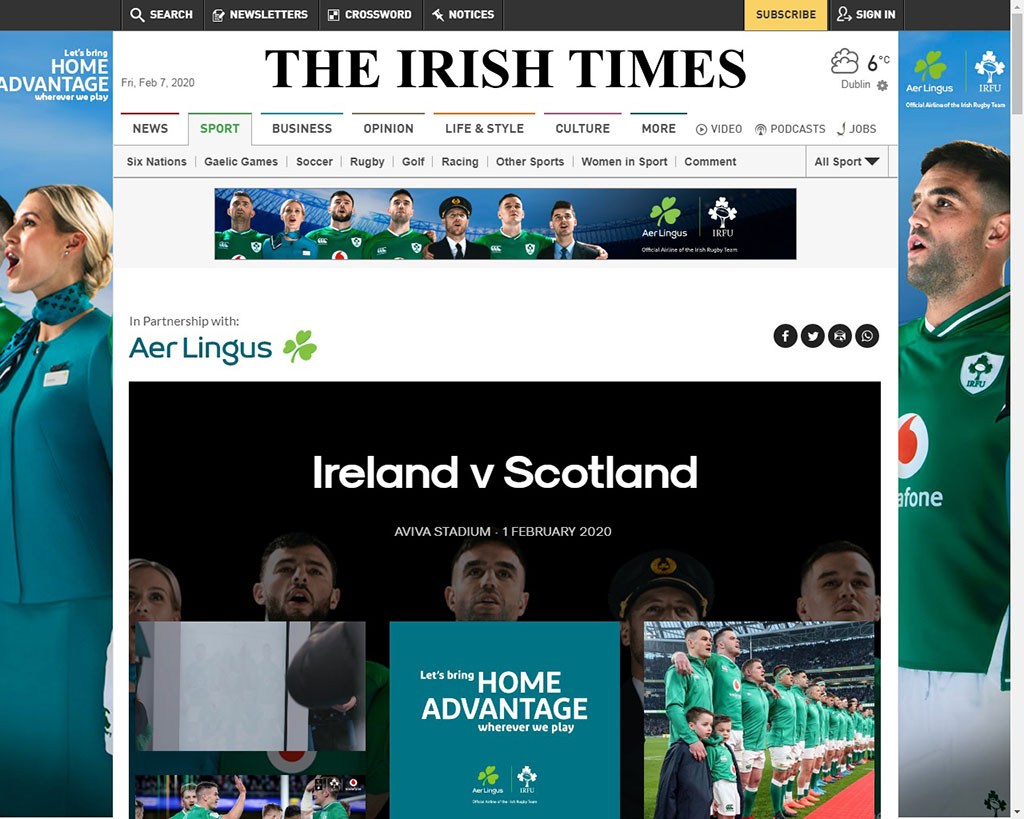 According to Rob Kinsella, head of client solutions, Irish Times: “Our team are delighted to be partnering with Aer Lingus and Carat on this ambitious campaign and thrilled to have the opportunity to launch our immersive Imprint format to the Irish market with such an Iconic brand. We’re utilising our range of platforms, online and in print, to reinforce Aer Lingus’ support as the official airline of the Irish Rugby team I’d like to thank the creative energies of all involved in bringing this exciting and engaging activation to life.’’

“We were absolutely thrilled to work with Irish Times alongside our client Aer Lingus on this brilliant campaign for Six Nations. Standing out in such a busy sponsorship category, we really wanted to do something different and interactive for our consumers and we knew the Irish Times could deliver that for us both from a media innovation and brand connection perspective. We worked with them to launch an amazing new format to help reinforce Aer Lingus’ support as the official airline of the Irish Rugby team, bringing brand and consumer conversation around the tournament together in one place,” says Rachel O’Brien, group business director, Carat.