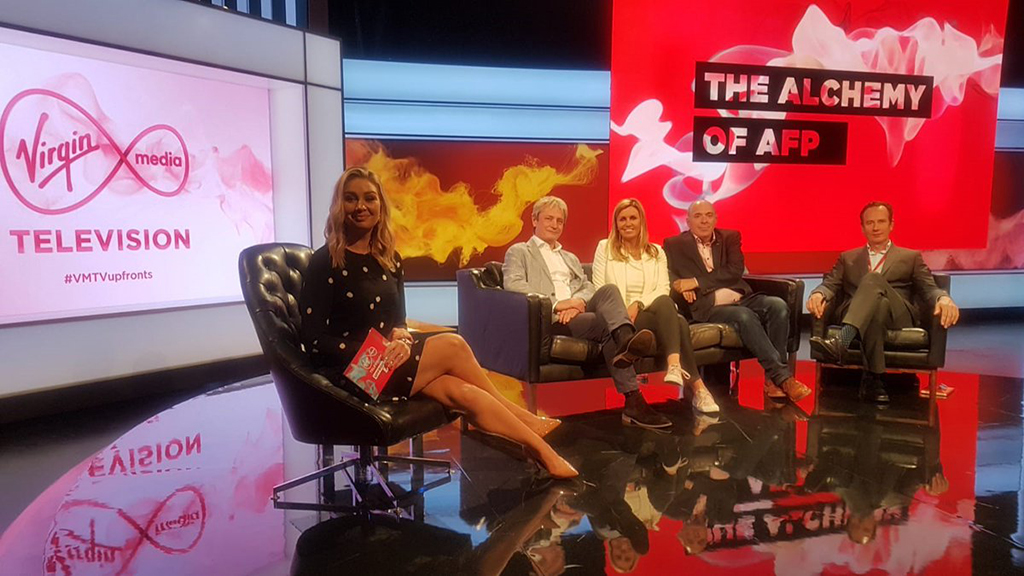 Virgin Media Television (VMTV) hosted an event last week that explored the business of advertiser funded programming (AFP) and how it can work for brands.

Called “The Alchemy of AFP” the event was part of VMTV’s Upfronts 2019.

Weekend AM’s Anna Daly hosted the session for an enthusiastic audience made up of agency and independent programme producers as well as a number from of the Virgin Media Solutions team.

The seminar opened with a keynote address by Mark Wood of Kremplewood Ltd. Wood is a pioneer of advertiser-funded innovations in broadcast and online programming and he previously worked at 19 Entertainment as Head of Brands, Sky TV as Commercial Director overseeing sponsorship as well as  AFP, Online and Interactive Advertising. During his presentation, Wood spoke about how the market works in the UK, as well as giving examples of his companies latest commissions.