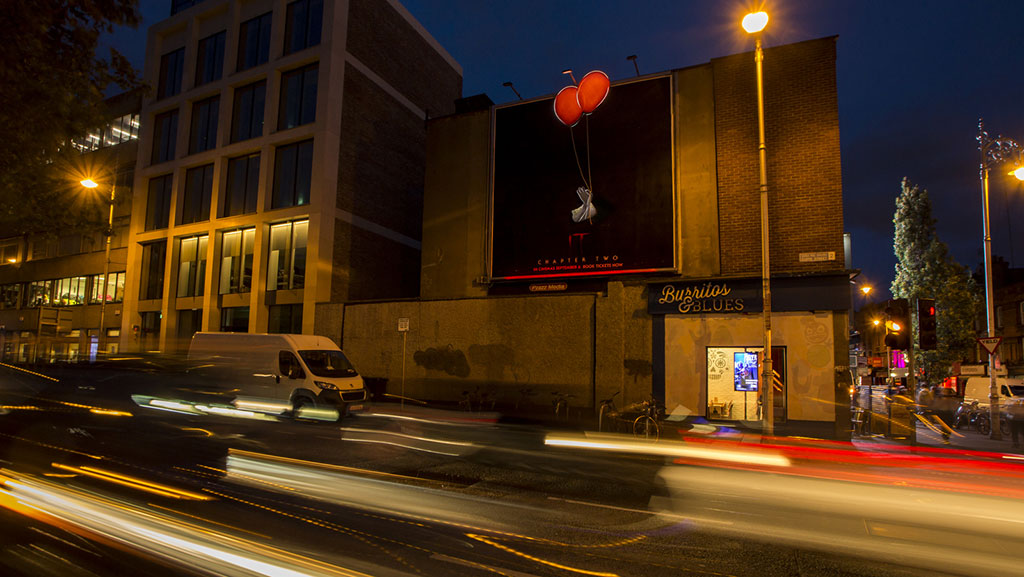 To promote the release of the horror movie IT Chapter 2, Kinetic, the OOH specialist has teamed up with Warner, WTF Creative and media agency OMD to launch an eerie OOH campaign on the streets of Dublin.

The eye-catching Out of Home campaign involves an innovative creative build on Dublin’s Wexford Street, which will be decorated with the movie’s signature red balloons. To add to the skin-crawling feel, the red balloons will intermittently light-up and the menacing Pennywise clown will reach out his infamous clown hands preying upon passers-by below. 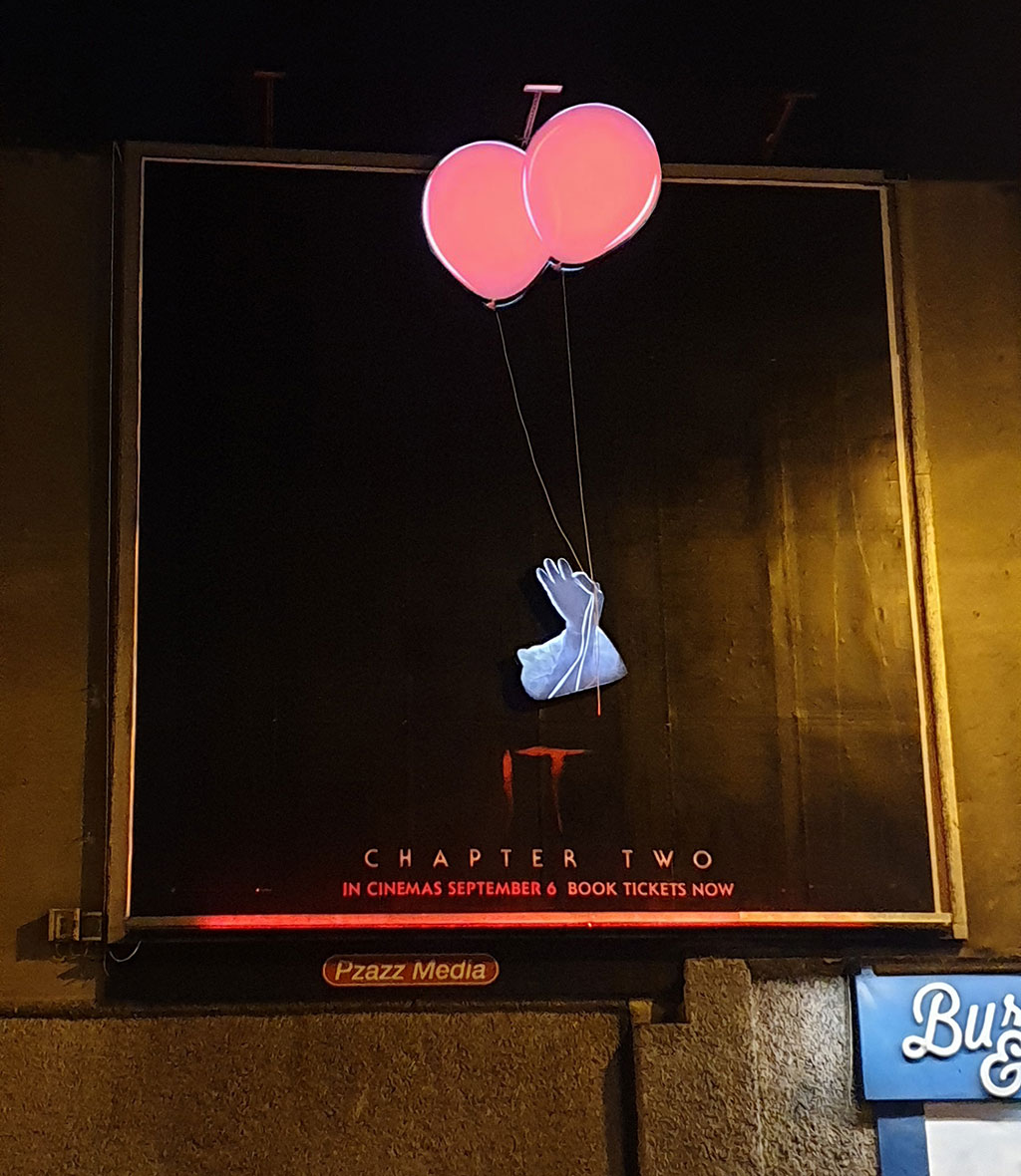 Megan Daly, Senior Account Manager at Kinetic, said: “Kinetic is delighted to team-up with Warner, OMD and WTF Creative to promote the sequel to the hugely popular Stephen King movie. This Warner campaign is a perfect example of how an OOH campaign can create a spine-tingling atmosphere and capture people’s attention. The campaign utilises an innovative special build to create impact, whilst also targeting key audiences on the move. The campaign is strategically supported by Classic Out Of Home and Digital Out of Home formats across the city.”

In addition to DOOH formats, the campaign will run across traditional formats including Digipanels, Digipoles and bus shelters across Dublin City. 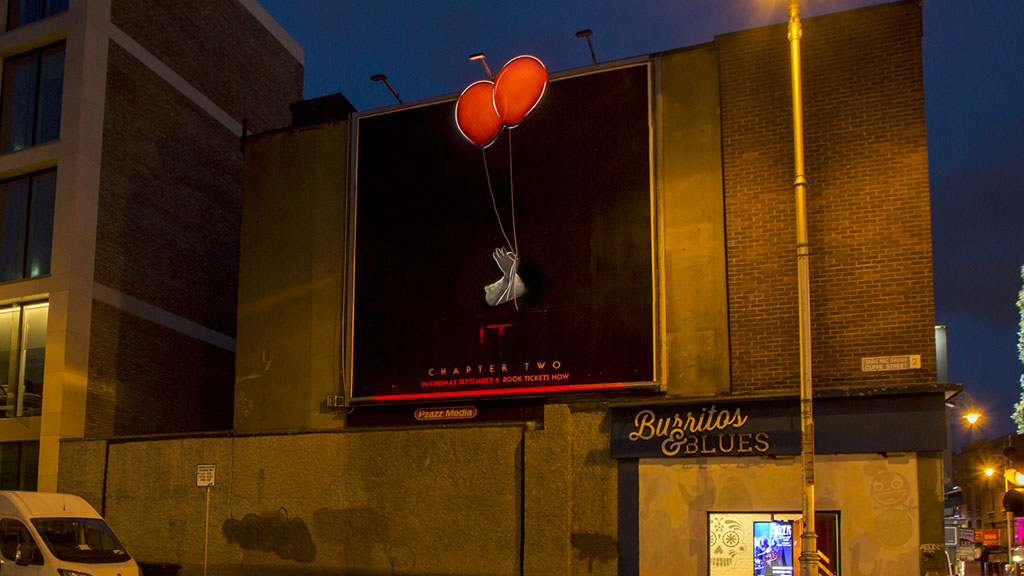