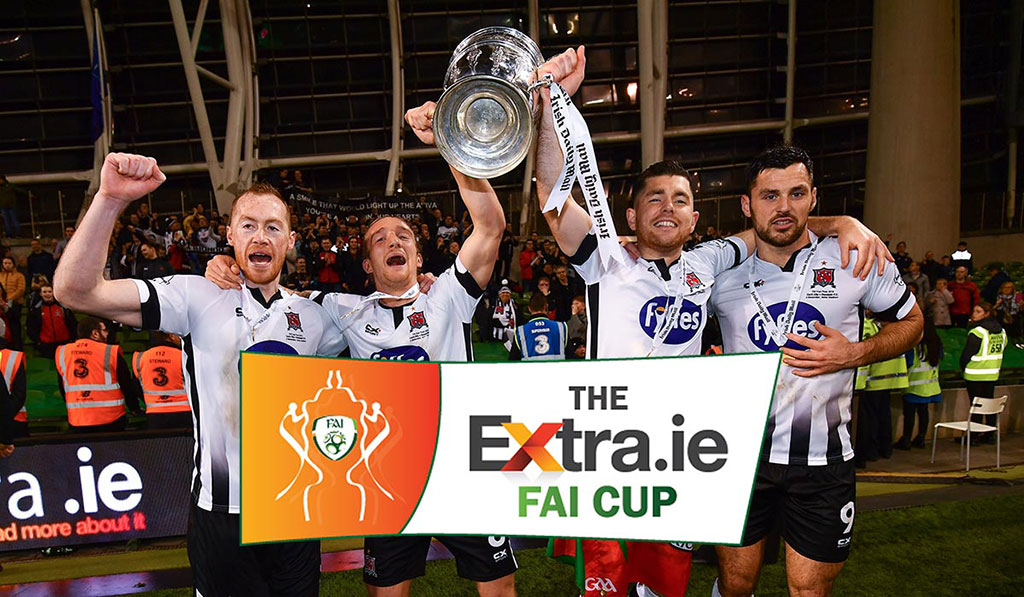 The DMG Media-owned news brand, Extra.ie has been named as the new sponsor of the FAI Cup. The sponsorship deal is for an initial two years and Extra.ie will roll out its branding when the first round of matches kick off in early August.

The announcement was made earlier this week by FAI Competitions Director Fran Gavin. “This is an exciting sponsorship for the competition and we look forward to working with Extra.ie to help bring this fantastic tournament to new levels in 2019. I’d like to thank Paul Henderson at the Irish Daily Mail Group for his support and all of the staff at Extra.ie as we look to build on last year’s success where we saw over 30,000 supporters at the Aviva Stadium for the Final,” says Gavin.

“As the first digital sponsor of such a prestigious tournament, Extra.ie will look to keep the Extra.ie FAI Cup at the forefront of Irish soccer throughout 2019, covering all the ups and downs of this historic competition on the road to the Aviva Stadium in November,” adds Garrett Brennan, Editor of Extra.ie.