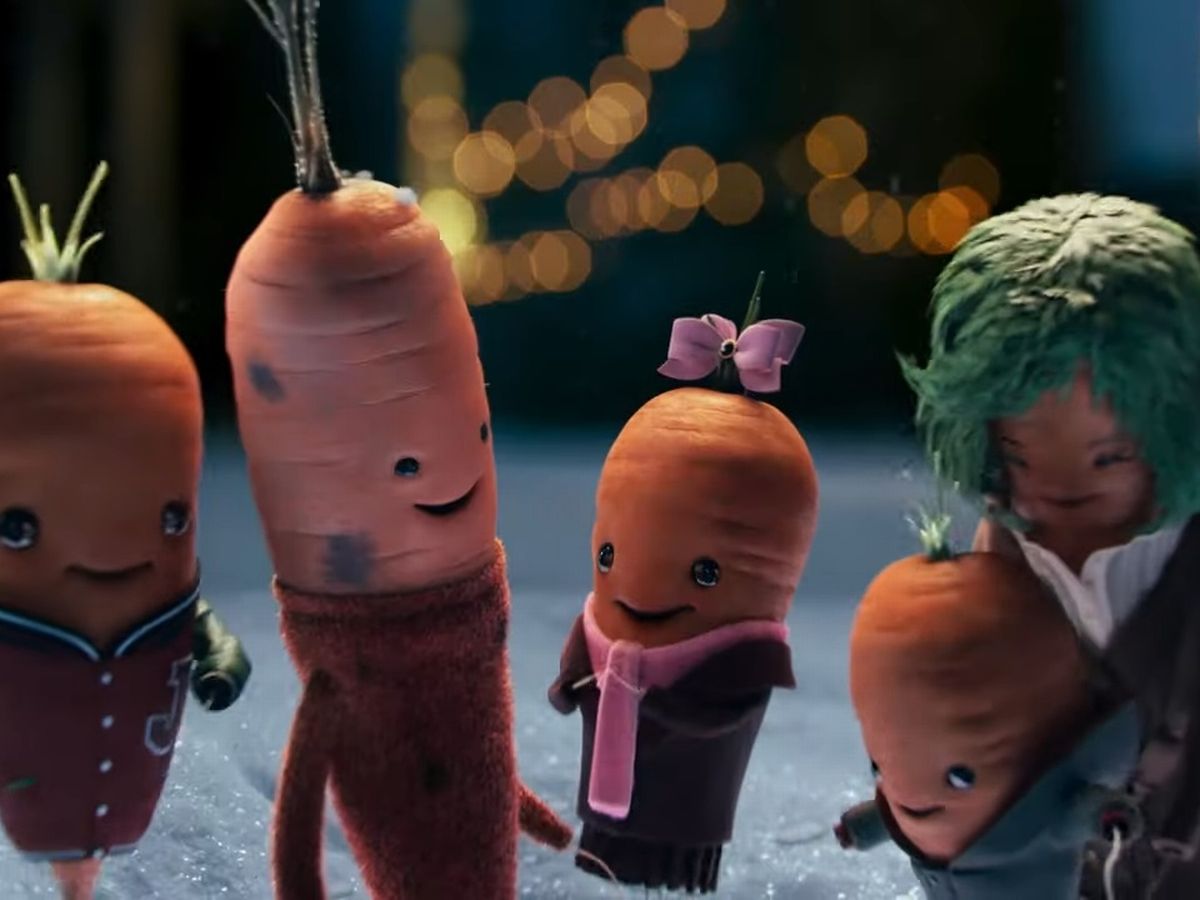 In December of each year our TV screens are filled with festive themed ads that tug at our heart strings and give us that warm fuzzy feeling.. or at least that is the aim of many marketeers who spend months of planning, filming, editing and media buying to become the most talked about, the most emotionally charged and the most liked TV ad.   But which ads are doing this well, and which have veered slightly off brief?

Aldi takes the #1 spot for Christmas ad effectiveness in 2022, with their highly talkable (FAME) and distinctive campaign, Kevin the Carrot.  This year Kevin finds himself Home Alone, in a somewhat familiar scene, abandoned by his family and fighting off burglars only to end with a heartfelt reunion.  The combination of high Fame and distinctiveness, together with very high emotional response driven by amusement and happiness, helps drive the longer-term emotional impact for the brand.  Good rational impact (to use the brand) also helps to bring the ad into the #1 position. 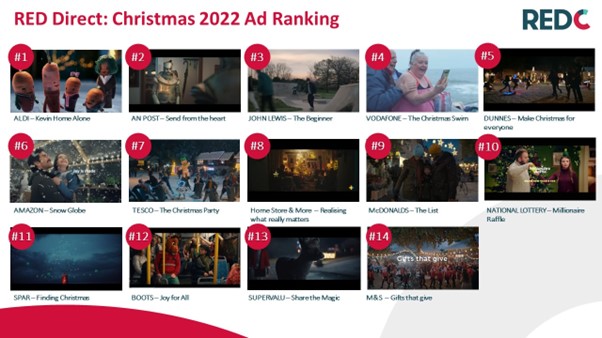 Over the last week, RED C have tested 14 ads on our new DIY advertising testing platform, RED C Direct (to be launched in early 2023*).  The platform allows us to use our tried and tested RED Star advertising testing formula, which measures what we know matters to make campaigns effective.

RED Star examines advertising creatives on a number of key effectiveness metrics including Creativity (which we measure through desire to see the ad again), Distinctiveness (measured through it being clear who the ad was for), Fame (how likely viewers are to share or talk about the ad), and Emotional Response (what emotions that ad lights up in viewers).  We also measure claimed Brand Impact of the ads both on the long-term emotional impact, and shorter-term rational engagement with the brand.

The RED Star advertising test produces a one number score that is benchmarked against thousands of ads that have been tested over the past 10 years and allows us to see how well these Christmas ads perform vs. all the others in our database.

It should be noted that Christmas ads generally overperform vs. overall advertising norms as they use emotion much more heavily and are less likely to be tactical in nature.  Our testing shows that these ads are no different with 9 of the 15 tested achieving excellent score. Just one ad, Marks & Spencer’s gets a weak score.

Of the rest of the ads tested, in close second is one of Ireland’s best loved brands, An Post who brought us the story of the Tin Man whose heart is restored through the simple act of receiving a Christmas card in his letter box.  The brand impact of this creative in terms of both emotive feelings towards An Post and likelihood to be prompted to use the brand as a result of the messaging, cements its position as Ireland’s 2nd most successful Christmas ad of 2022.

Rounding off the top 3 is John Lewis.  While not necessarily shown on Irish screens, we wanted to test the best of the Irish ads against the brand probably best known for creating Christmas ads that consumers look out for each year.  This year’s rendition is no different with the ad scoring strongest creativity scores and placing #2 on fame.

Just missing out in the top three is Vodafone with the resurrection of their Christmas Swim campaign, which has shown how past ads can still work very strongly for a brand.  Viewers love the story, with strong emotional response seen in the warm and happy feelings the ad delivers.  As a result the ad has good long term emotional impact among viewers.

Other honourable mentions include the National Lottery with their Millionaire Raffle ad who score #1 in Distinctiveness and #10 overall.  Tesco also do very well in this measure coming 3rd for distinctiveness and 7th overall.

Amazon and Vodafone also feature very strongly on creativity ranking in #2 and #3 respectively in that measure and #6 and #4 overall.  Dunnes is ranked overall in 5th place but ranks 3rd for both Emotional Response and Fame.

* The RED C Direct platform is new product which will be fully launched in new year and is currently undergoing final BETA testing.  It will allow registered users upload ads to test using our tried and tested advertising testing formula RED Star. Users can base their tests across all media types, have a choice of 3 sample profiles and 2 sample sizes. The platform is easy to use and results are available within 24 hours. RED C Direct allows consumer insight inform advertising strategy in a cost and time efficient manner.