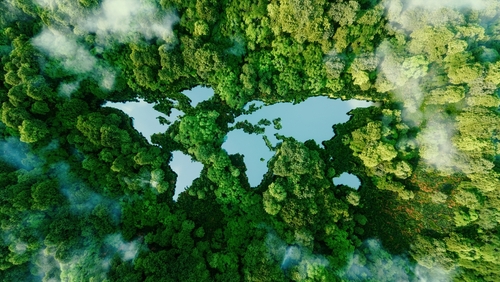 Emerging from the COVID-19 pandemic, the world now finds itself caught between a rock and a hard place with rising cost of living and the environment, writes Derek Bell of RED C.

A long time ago, perhaps in a cave, or maybe even on a savannah, one of our distant hominin ancestors was worried about something, and more than likely was even worried about quite a few things.  Maybe there was concern over cave bears, sabre tooth tigers, or even bitter cold temperatures or lack of food.  Whatever the situation was, having the ability to quickly assess, prioritise, and navigate these challenges was essential to one’s survival.

Fast forward to present day.  By and large, most of us clearly live in a very different world from that of our pre-historic ancestors, yet funny enough, we are still very much hard-wired from this evolutionary past to assess, prioritise, and overcome threats in much the same way as we did all those years ago.

Dr Gad Saad, who is known for applying evolutionary psychology to consumer behaviour, describes one of our four key Darwinian meta-drives as being for ‘survival’ (i.e. avoidance of predators and finding food). These instincts are still a part of us, but unfortunately when it comes to behaviours and views pertaining to sustainability and the environment in Ireland, it seems these are somewhat outside of this survival category.

The latest results from the September 2022 RED C Consumer Sustainability Monitor strongly suggest that despite a renewed consciousness for the environment in the wake of the COVID-19 pandemic, concern over inflation and the cost of living (the Palaeolithic cave bear) are at the forefront, while concern over the environment features somewhat less prominently.

It makes perfect sense when you think about it. For groups on lower incomes, investing in an e-car or solar panelling must seem unreachable, with their primary focus being on paying monthly bills and being able to put food on the table. These groups are clearly in Paleo survival mode, with the environment essentially still viewed as a lesser threat and not quite at the threat level of a formidable giant cave bear on its haunches and about to knock you to the ground.

Lending support to this, only 53% in Ireland believe that environmental problems have a direct effect on their life today, with only 17% agreeing strongly with this statement. This strongly suggests that the environment is still viewed as a less immediate threat than rising energy bills – more so as an abstract concept and less so than the cave bear that you can hear snarling and growling in your immediate vicinity.

The counterpoint to this, some would argue of course, is that the environment should be seen by all as a clear threat to the survival of our species, with the world already in the midst of rising temperatures and unprecedented species extinctions.  Ireland has the third highest level of greenhouse gas emissions per capita in the EU, with levels still rising despite commitments by the Irish government to reduce emissions.  We have a long way to go, and any setbacks in progress are likely to only further compound the challenges involved.

However, RED C’s results show that many do want to take action on the environment.  In fact, 3 in 4 claim that they would like to live more sustainably, but cannot financially afford to make the changes in order to do so. This view is even more strongly held amongst lower social grades, has grown significantly since March of this year, and certainly suggests that the environment is at least seen as a threat, albeit a secondary and less immediate one. Again, our primal instinct is to address the primary threat, and put the other one on the back burner.

Consumers must be very conflicted. Using the bear analogy again, it probably is akin to fighting a bear, while being aware at the same time that the cave is filling up with water.  You know you need to stop the flood waters, but you can’t stop the flood waters if you’re flat on the ground from having just lost a fight with the bear!

It would seem that some form of assistance is needed on both fronts, especially for lower income groups that are least able to absorb increasing costs of living.

Given the current economic situation and looming environmental crisis, it is perhaps unsurprising to see such strong demand for initiatives that will help ease financial burdens for consumers, such as extra tax on energy producers, as well as more grants for retro-fitting of homes.  However, how achievable these are remains to be seen.

How much brands can help also remains to be seen.  There seems to be an opportunity for brands that are able to tap into pent-up consumer desire to live more sustainably.  The key is doing it in a way that somehow navigates the current economic situation, perhaps by clearly communicating the environmental impact that products have and how that might compare with competitor products that have a more negative environmental impact.

Clearly, we are in uncharted territory here, and will need to learn and adapt just as our distant ancestors did.  In hindsight, with COP27 on the horizon and moving into 2023, the recent energy crisis seems to highlight the importance of leaders learning from the mistakes of the past and to not be so overly reliant on fossil fuels for our energy supplies. 7 in 10 Irish adults agree with this.

Should these lessons not be learned, then we could possibly find ourselves in a very tough situation indeed, full of primary ‘survival’ threats that our ancient hominin ancestors could unfortunately directly relate to and that would make the recent cost of living crisis seem like a cake walk.