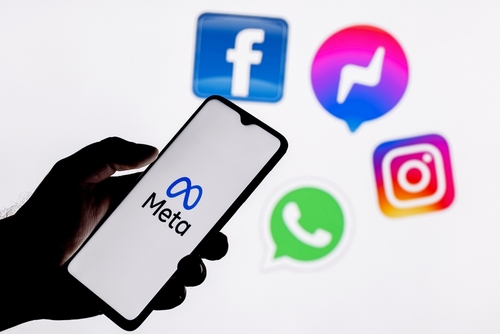 David Fogarty wonders if Google and Meta’s dominance continue, or will we see challengers like Apple, Amazon, TikTok, Netflix and Disney make real in-roads into their share of the digital advertising market?

Now worth an estimated €695.1m in Ireland alone, digital has become the dominant media channel for advertisers, but there are two main beneficiaries of this investment, Google and Meta (Facebook and Instagram) who retain the largest share.

Core estimates that 85% of all digital ad spend in Ireland will be spent on Google or Meta, accounting to €512.9m.

Google’s primary revenue stream, Search, has been a key driver to its growth, but other bets such as Analytics, Ad Serving, the Google Ad Exchange, and YouTube, have resulted in global revenues surpassing $265bn in 2021.

Meanwhile, Facebooks’ (Meta) acquisitions of Instagram (2012) and WhatsApp (2014) have proven vital in transforming the company into the biggest social media network globally.

However, as growth has accelerated for both companies, pressure has mounted from anti-trust committees and lawmakers, leaving them exposed to disruption and challengers.

The global cost-of-living crisis is putting businesses under pressure, and there will be pressure on marketing budgets in 2023. In the case of digital, we will see slowdown in growth. This slowdown is already visible for Google and Meta, who for the first time ever, are beginning to see ad revenues impacted by changing consumer behaviour. 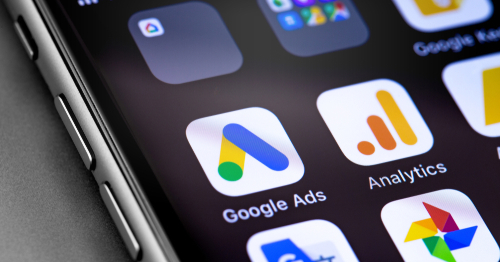 Third-quarter revenues at Alphabet (Google) grew 6 per cent to $69.1bn. Except for a brief contraction at the start of the pandemic, it was the slowest rate of growth since 2013 and fell short of analysts’ expectations for an increase of 9 per cent, according to Refinitiv. Meta also reported a revenue decline for the first time ever, as last year’s iOS update, followed by increased competition (mainly on mobile) continued to impact their bottom-line. Meta’s stock price has fallen a staggering sixty percent this year.

These are the main challengers, ranked by their chance of success and we outline what this means for advertisers in Ireland:

In 2021, TikTok reached 1bn users globally, faster than any other social media platform. It is expected to grow to 1.5bn users in 2022. This is hugely impressive when you consider the platform was only launched in September 2016.

In Ireland, TikTok is now used by 1.8m people every month, with people spending on average 45 minutes per day watching short-form video clip, according to eMarketer. The amount of time spent means people are spending less time on other social media platforms, and other media channels in general.

It is no surprise video plays a huge role in TikTok’s ad model, in-feed video and top-view (the former recently copied by Instagram’s Reels), are their two main ad products. Ad spend on TikTok in Europe alone, increased five times over the course of 2021.

Not only has TikTok disrupted the social media landscape, but it is now, almost inadvertently, challenging Google Search based on user behaviour. Recent data indicates that almost 40% of GenZ internet users are not using Google Search products for discovery, preferring to use TikTok.

TikTok will not replace Meta, or Google Search, as there is room for all of three. The internet has resulted in platforms becoming popular over a short period, but at the same time, tried and trusted platforms continue to provide strong performance for advertisers.

Whether TikTok will fully challenge on a global level, will depend on the outcome of a Data Security Deal with the US Government, where huge concerns remain over whether data is being passed from TikTok to the Chinese government.

Disney+ and Netflix, are both expected to launch their ad funded models in Ireland in 2023, with Netflix most likely to be first following the announcement that their new basic tier with adverts will launch in the UK on November 3 and cost £4.99 a month.

The exact details of this ad funded model for Ireland, are still to be confirmed, but what is certain is the disruption these new advertising models could have both in the digital and traditional space.

Like TikTok, there’s only so much time in the day to consume media, so again if these platforms see growth, it needs to come from somewhere else. From an advertising point of view, that spend is likely to come from linear TV.

How much advertising will be fully available to buy on these streaming players is still unknown, and both will continue to have ad free models. Early reports suggest CPM (cost per 1,000 impressions) prices could be 1.5 – 2 times higher than typical VOD CPMs, with minimum spends applying. This approach could price them out of the market in comparison to other ad funded streaming players, who themselves have all seen growth versus pre-Covid-19 times.

RTÉ, All4, TG4, Sky and Virgin are all reporting growth on their catch-up services of between 50% and 75% in the past three years depending on the player.

The introduction of these ad funded models is less likely to impact Google and Meta’s ad business short-term, and more likely investment on these platforms is likely to come from linear TV ad spend. However, with marketing budgets set to slowdown in 2023, the role of video, particularly in long-form environments, will remain crucial for advertisers, as it has a proven track record at driving attention and ROI. This could have implications for Meta who rely heavily on short-form user generated content.

A major benefactor of mobile usage globally has been the social media industry, in particular Facebook and Instagram. However, with the release of iOS 14.5 in May last year, Apple was able to significantly damage Meta’s business model, impacting its ability to measure and target Apple customers on Facebook apps (over 40% of their audience). Reports emerged that this was Apple’s first big move into growing their ad business.

Although it has yet to make an official announcement, rumours suggest Apple will soon launch its own Demand Side Platform (DSP), an online buying platform to compete alongside Google, Meta and Amazon. Given the volume of first-party data available to Apple, via devices such as the iPhone, iPad, Apple TV, and Apple Watch,  it has the scale to be a real challenger. Like Disney+ and Netflix, Apple TV+, its subscription streaming service, is also set to go down the ad route in the new year. 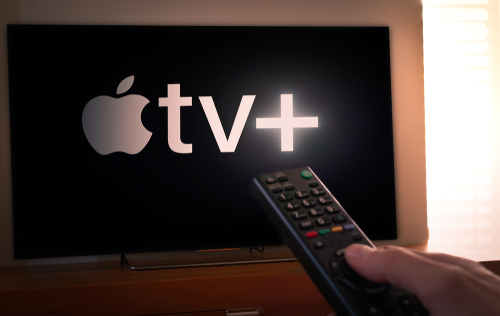 Up to this point, advertising has not been a core business model for Apple. In Ireland, Apple Search Ads are the only available ad product to buy. While a DSP and Apple TV+ would open up new inventory to advertisers, without a properly managed and resourced product and team, we would have concerns over Apple’s commitment; and how big of an opportunity this represents to Irish advertisers in the short term.

Rapid growth of Amazon’s Advertising Suite in markets like the US and UK, has provided a serious rival to Google (in particular), and many advertisers, especially online retailers, have diverted budget from Google into activity on Amazon.

Amazon is popular here in Ireland but not remotely as prominent in our everyday lives as in the US and UK, where it is the giant of eCommerce.

With a suite of ad products that include display, video and audio, across owned and operated properties like Amazon.co.uk, Fire TV, Twitch, Amazon Music and Audible, Amazon has the capability of competing with the duopoly of Google and Facebook. In addition, the company has an audience of customers, researching and making purchases regularly, but at a local level much will depend on whether Amazon.ie launches, and storefronts become available to advertisers.

There is still no Amazon.ie, which means we don’t experience the same product as consumer in the US or UK, and the same applies for their ad offering. As a result, Ireland is behind other larger markets in the rollout of Amazon advertising. However, with the recent opening of their first fulfilment centre in in Dublin’s Baldonnell, this will change things. If Amazon does launch a local domain, along with TikTok, this could significantly alter the search marketing landscape, and particularly Google’s ad business.

Retail Media exploded worldwide during the Covid-19 pandemic, now we will see this grow locally if Amazon.ie launches.

Despite Google and Meta dominating digital ad spending, their dominance is under threat.

It is imperative that advertisers explore new platforms and opportunities, especially those with increased consumption and less ad clutter.

David Fogarty is digital board director at Starcom, part of Core.