The final quarter of the year is upon us and the countdown to Christmas is well and truly underway. New iQ research we are publishing today, conducted by PML Group and Ipsos, sheds light on the consumer mindset and their spending intentions around Christmas 2022.

There’s no doubt that cost of living and inflationary pressures is an issue for many families and individuals this year and consumers will need to make choices, making it perhaps more important than ever for brands to communicate and connect with consumers in a meaningful way this Christmas season.

A small portion (5%) of the sample of 300 Dubliners is undecided as to how much they will spend this Christmas compared to last year but of the 95% who are, more than half admit that they will spend less than they did twelve months ago. 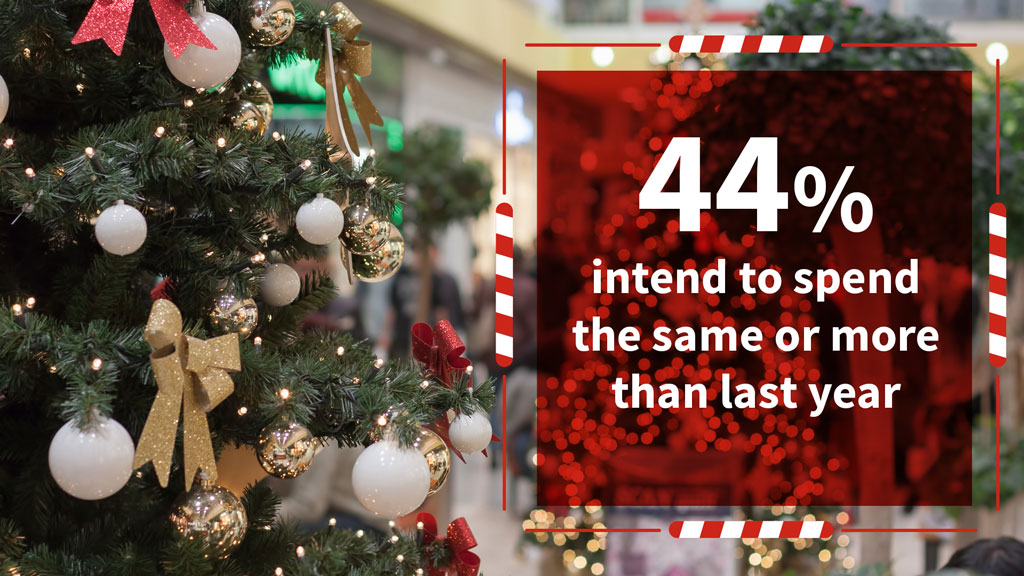 44% say they will spend at least the same as last year, with a modest 16% intending to spend more. In 2021 that figure was 38%, indicating a tightening of belts for the coming yuletide season. It is among the younger age groups, particularly the 16-24s, that intentions to spend more than last year are highest. ABC1s appear more cautious in 2022, with 13% saying they’ll be spending more this year. However, a significant 35% of that group say they will spend the same as in 2021. Families with kids under 15 in the household are more likely to be spending more than last year compared to the sample in general, indexing at 131 compared to the base of 100 for the entire sample.

Some of us are more enthusiastic Christmas shoppers than others or perhaps just more organised! What is clear from the research is that from late October onwards a significant portion of the public will be engaged in purchasing for Christmas. In fact, a sizeable 15% of the sample intend to carry out the bulk of their present buying more than eight weeks in advance of the big day. Add to that the fact that a further 20% intend to do the same 7-8 weeks before Christmas and suddenly more than a third of shopping is done by end of October. However, the peak period for shopping remains that 3–6-week period prior to Christmas. Timing may well be a factor of whether you are shopping online or in-store but more on that further on. 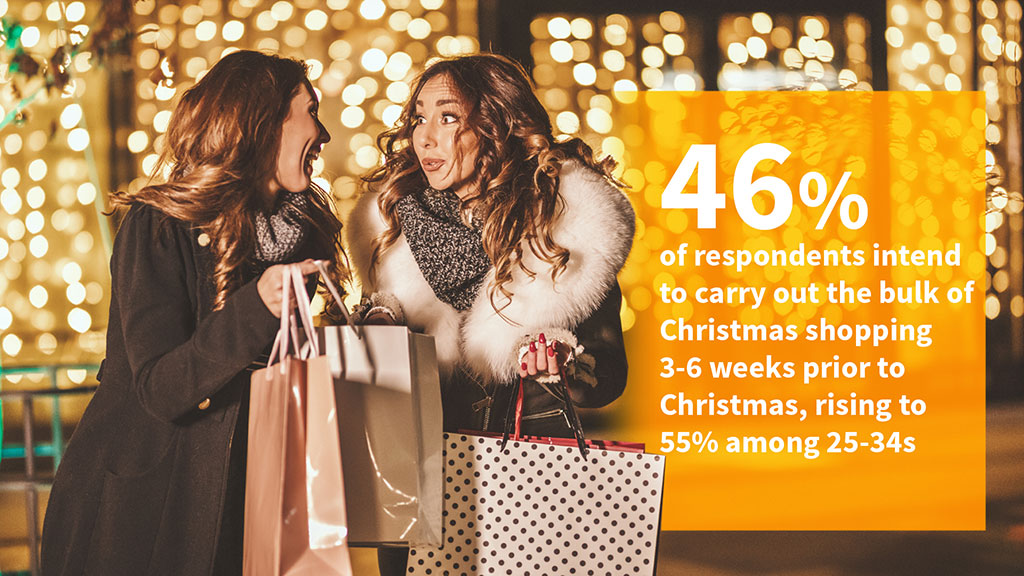 27% will do the bulk of shopping in the 3–4-week window before Christmas, with a further 19% coming into the 5-6 week window. Those most likely to act later are 16-24s and those most likely to buy early are the 45+ group, with 42% of those doing the bulk of shopping seven or more weeks in advance. Overall, the research indicates more of a spread-out shopping season compared to similar research we conducted a year ago.

Most shopping will take place in physical stores, according to the study. 32% of respondents will carry out less than a quarter of their shopping online, with 57% conducting less than half of purchases virtually. 12% of respondents won’t do any online shopping for Christmas this year, rising to 25% among the 45+ age group. 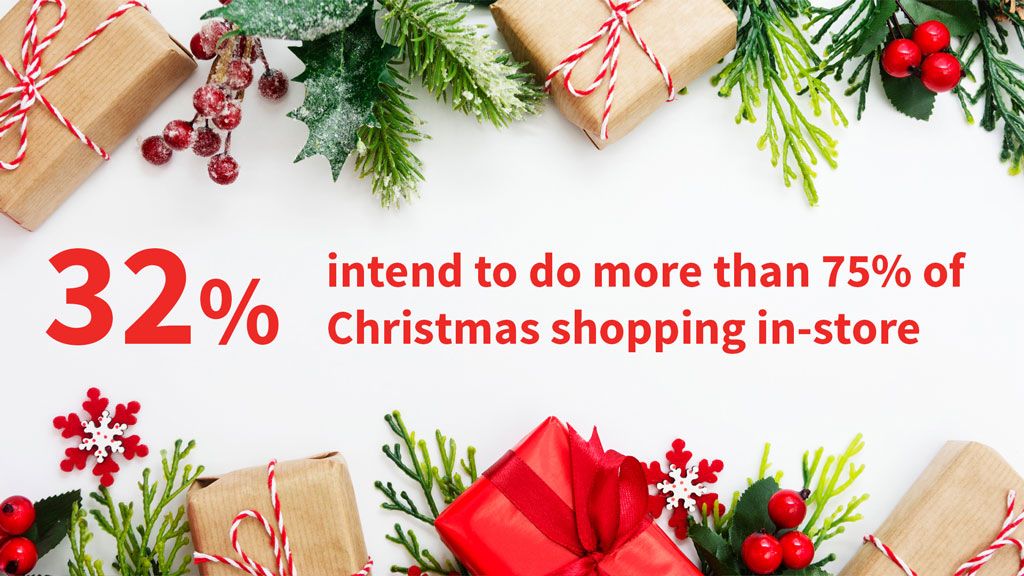 The research piece also looked at the categories of products that consumers will be spending on in 2022, and Clothing/Fashion is the most popular, with 60% saying they will be buying from this category as gifts this year. 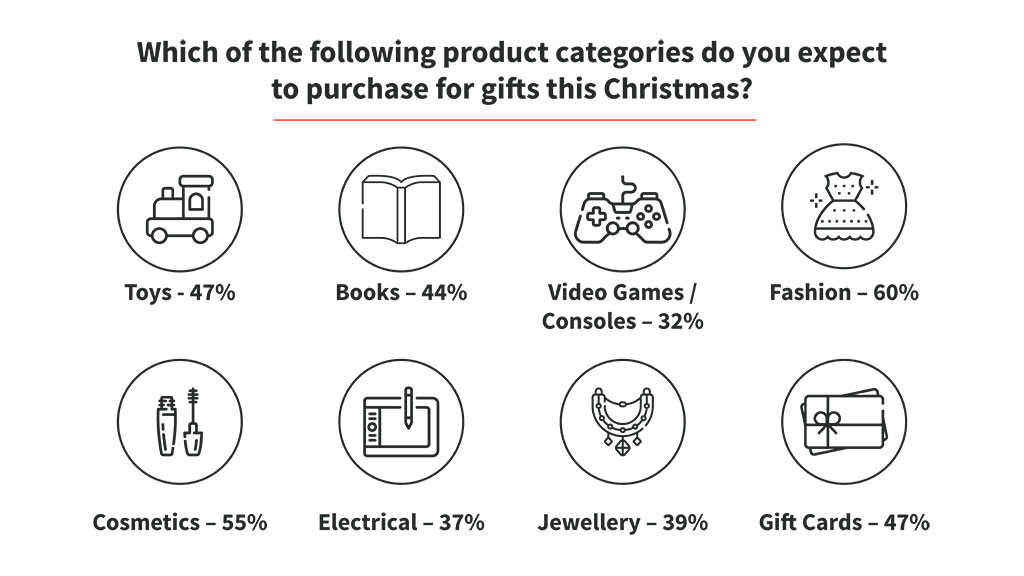 Toys are of course high on the list, at 47%, rising to 67% in households with kids under 15. Books remain popular at 44%, with cosmetics coming in at 55%. Females are more likely to gift cosmetics or perfumes/aftershaves at 64% v 46%, while the other category with the most significant gender difference is gaming, at 40% male v 24% female.

Please contact the team at PML Group for full details on this piece of research.

For those planning ahead, the 2023 OOH calendar is below. 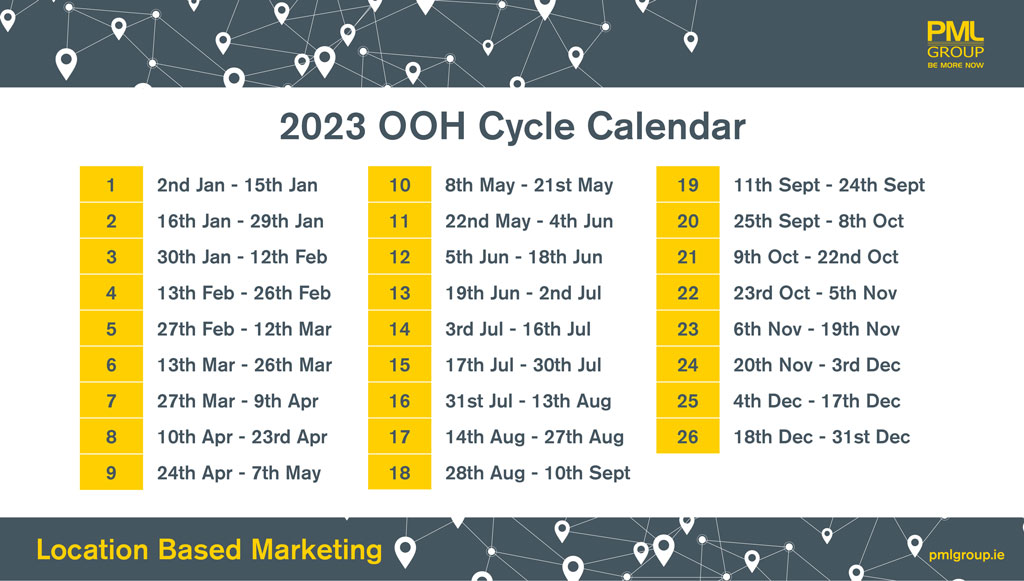