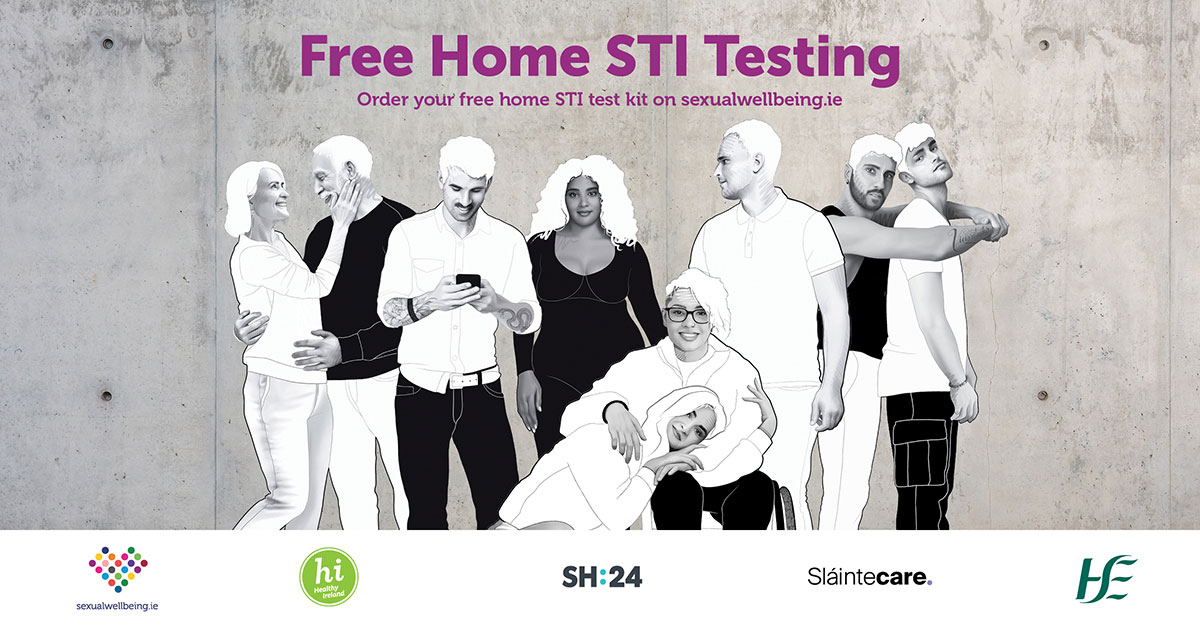 The HSE has rolled out a new sexual wellbeing campaign to highlight the free availability of STI testing kits which can be ordered online.

As part of the campaign, Core has developed a series of posters, digital out-of-home and digital display, working collaboratively with artist and activist Joe Caslin.

Working with Core’s creative team Helena Jones and Ciaran Moran, Caslin created a range of characters that represent society in Ireland today. The media campaign has been planned by Spark Foundry, part of Core.

Caslin has worked on numerous social impact projects, notably in 2015 during Ireland’s Marriage Equality referendum, The Claddagh Embrace was installed at the corner of Dame Street and Georges Street in Dublin and appeared on the front page of the New York Times. In March 2022, Caslin was interviewed about this and his other work, as part of Core’s Join the Dots series which can be listed to on Spotify HERE

Speaking about his involvement with this project, he says “Creating such a wide range of drawn bodies is important. So often people we are friends with, love or are part of our families are often overlooked and not represented. This is a service for every person and every relationship. Knowing that a sexual health test can be done in the comfort of your own home makes it less daunting. The tests are free, simple to order on SH24.ie and easy to use. Your samples are sent to the lab by freepost, and you get the results by text within a few days. And, if you happen to need treatment that is free too. There should never be any shame in accessing testing. Knowing your status is important. I would encourage you to go online and order a test.”