James Byrne, marketing manager PML Group, with this week’s Out \ Look on Out of Home.

The CSO has published results compiled from the Pulse Survey ‘Our Lives Outdoors’ carried out from April 22nd – May 9th. It explores the relationships that Irish people have with the outdoors and natural spaces. Respondents were asked about the time they spent and activities they engaged in outside. The results demonstrate that respondents are spending more time outdoors since the start of the pandemic. 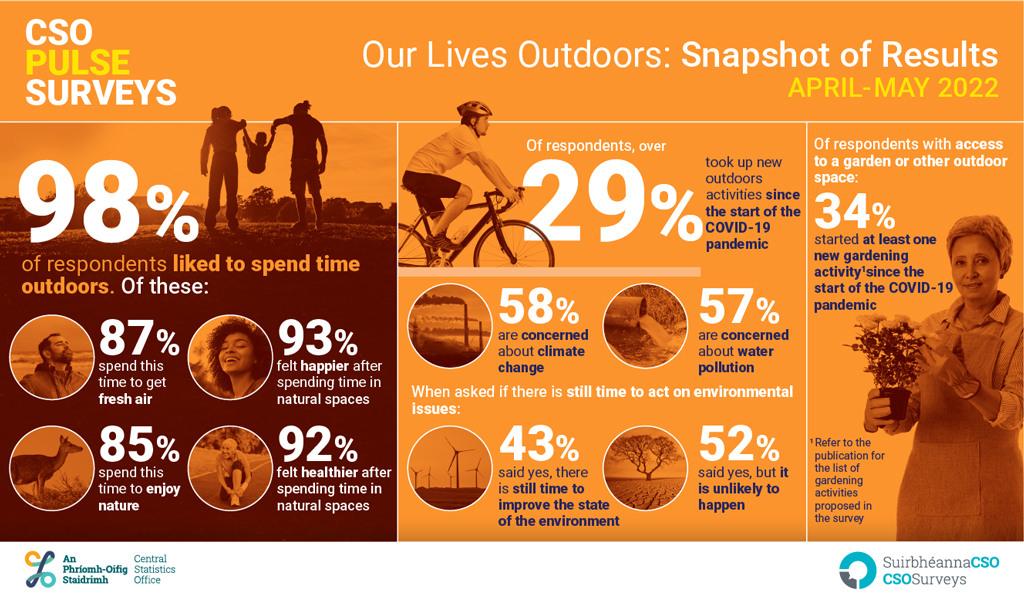 Almost all respondents (98%) liked spending time outdoors. The majority of respondents reported that, in the past six months, they spent time outdoors in natural spaces for recreational purposes on a daily (40%) or weekly (37%) basis. 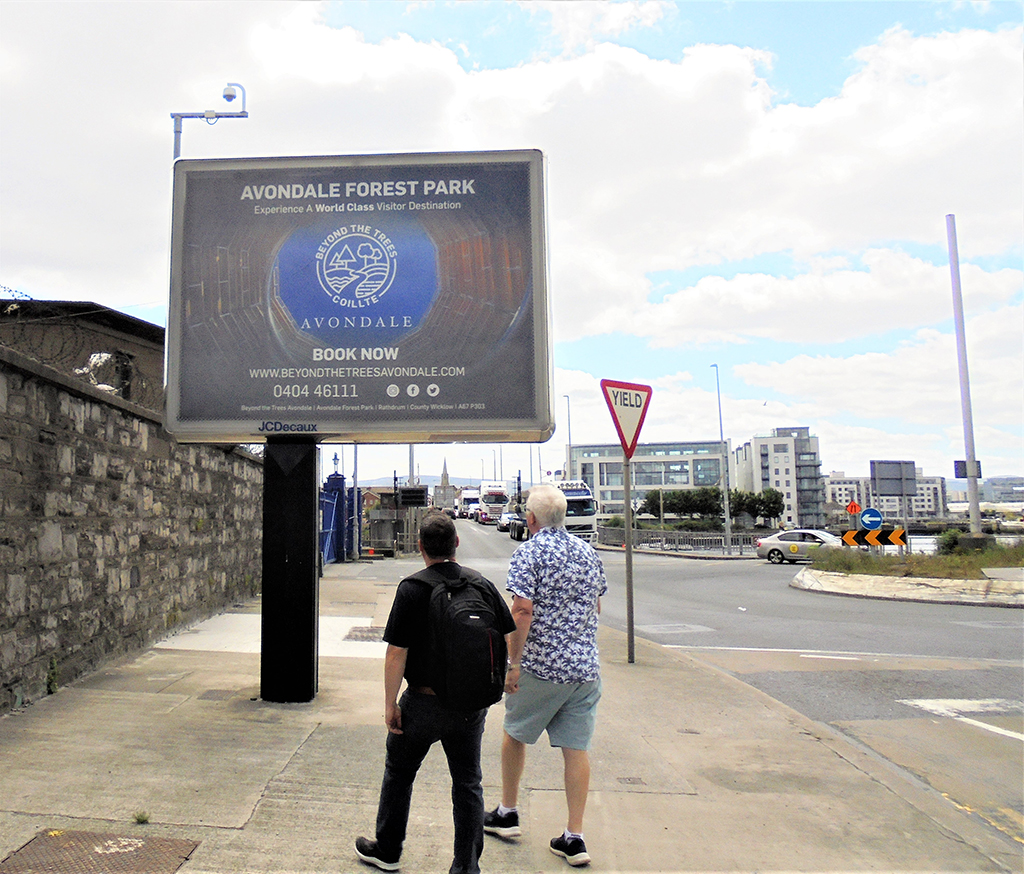 Of the participants who liked spending time outdoors:

Public Transport being used for a wide range of activities

New iQ research conducted on our behalf by Ipsos indicates the wide variety of missions Dubliners engage with public transport for. Over half of those surveyed take bus, rail or LUAS for city centre or mall leisure shopping while nearly a third use it for grocery shopping. 38% commute to work or education using public transport, rising to 55% among 16-24s. This age group are the biggest users for multiple reasons with 47% using it for sports and training and 63% availing of it for socialising – be that the pub, theatre, cinema or restaurant. 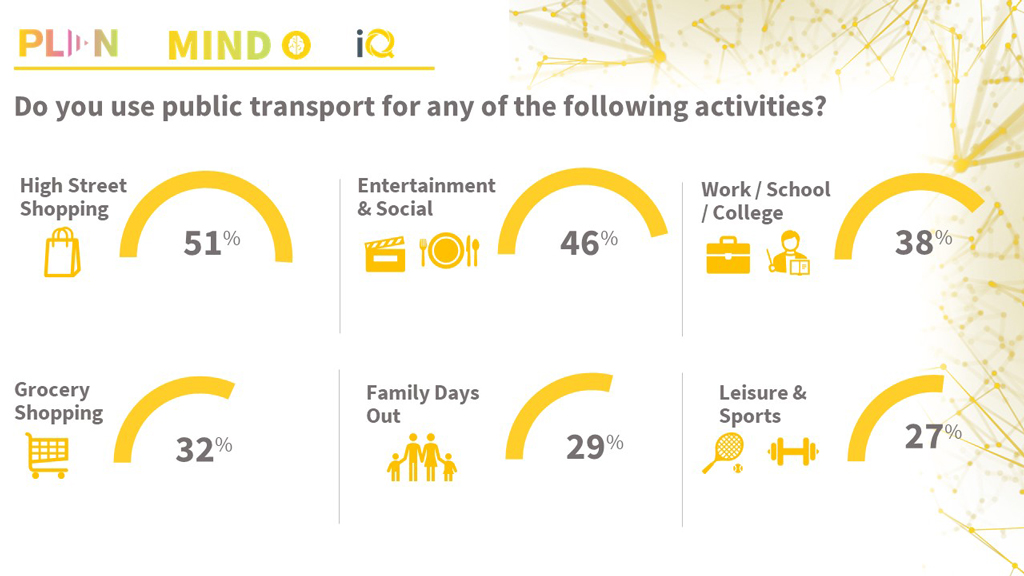 In terms of most used modes this audience is also less inclined to prefer the car with one in six choosing it versus 34% overall. Conversely 60% of younger people use public transport most often, compared to 42% of all respondents. 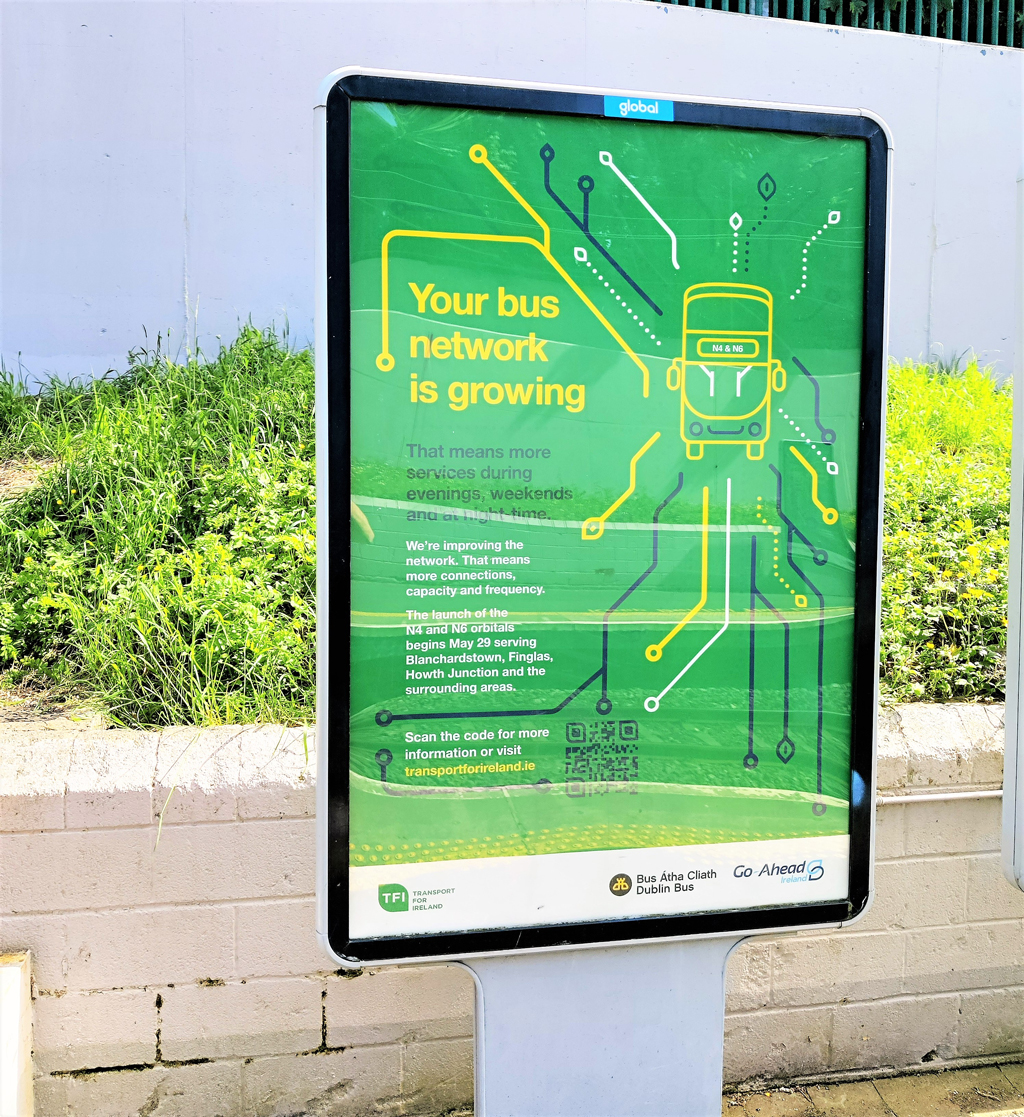 Corona counts down to the long Weekend

Corona is whetting the appetite for the June bank holiday weekend with a Dynamic countdown on Orbscreens in the run-in to half five on Friday. Delivered via our Liveposter platform the digital clock builds anticipation down to the second. Once it hits zero three new pieces of copy by Goosebump will be on rotated display for the rest of the weekend. The campaign is also running on the Green Screen & Digipanels. 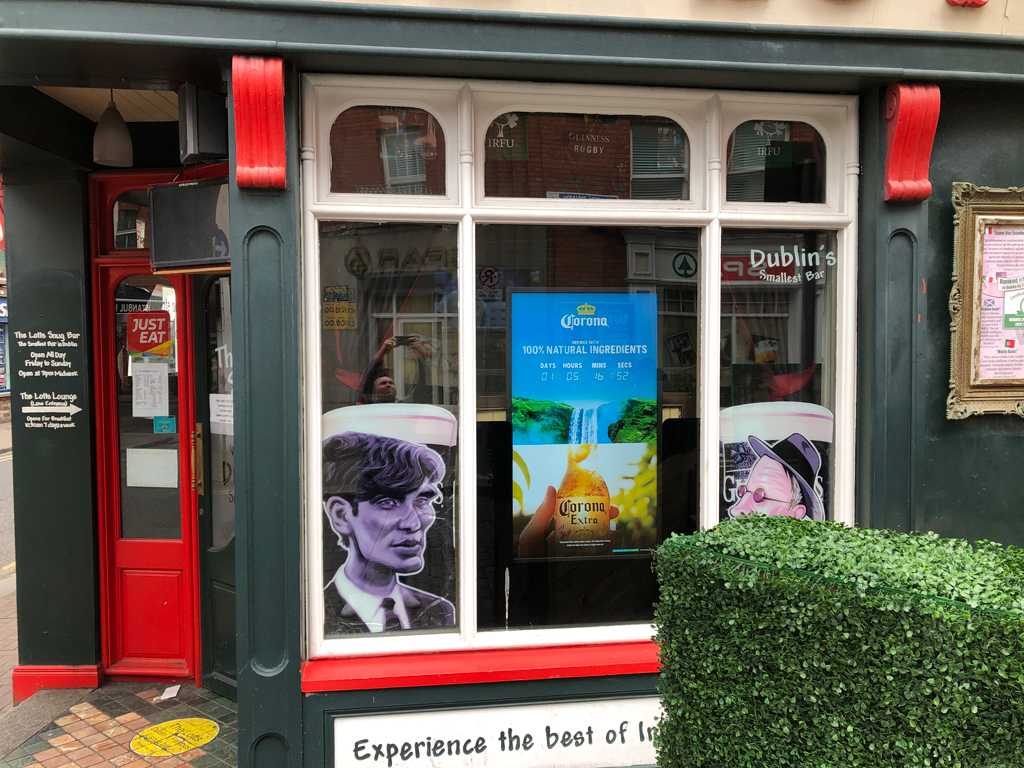 Summer Concerts are Back in Town

Consumer demand for travel and other experiences during the past few years is culminating in summer 2022. According to an IBM Summer 2022 Behaviour Survey, consumers are more excited about the upcoming season than in years past. 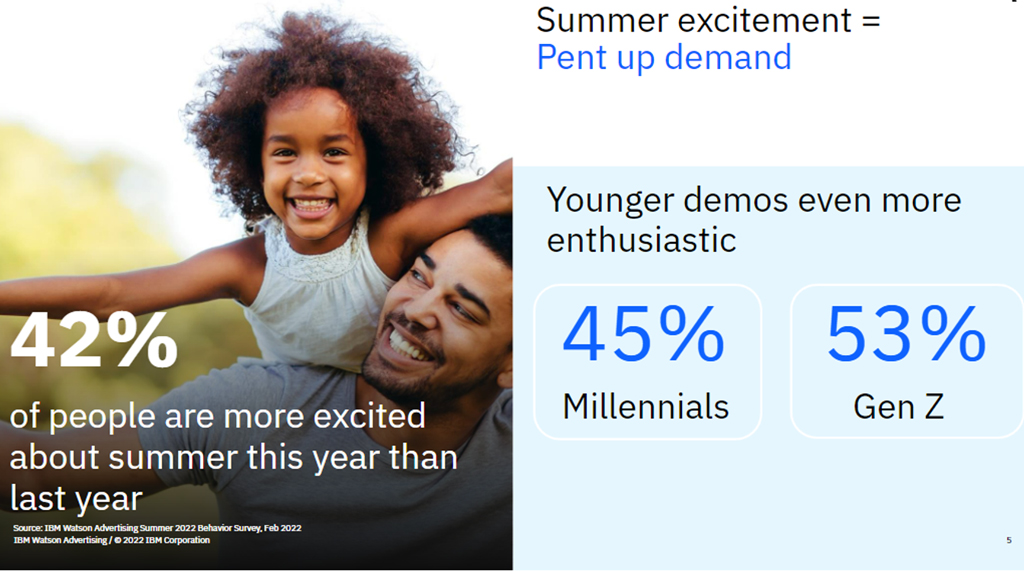 iQ research conducted by Ipsos has found that 53% of Dubliners are planning to attend a music concert / festival this summer rising to 64% of 16–24-year-olds. 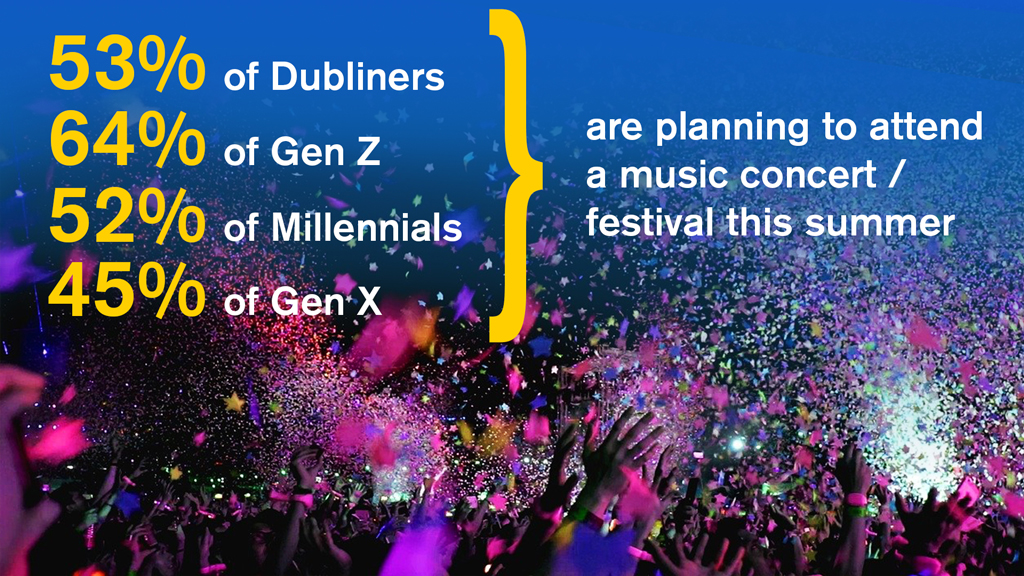 The 3Arena is the most popular venue with 41% of those planning to attend a music concert / festival intending it to be one of their destinations. This is followed by the 3Olympia Theatre (29%), Croke Park (26%) and Vicar Street (24%). Other popular venues are Aviva Stadium, Electric Picnic, Marley Park, Malahide Castle, Royal Hospital Kilmainham and the Iveagh Gardens. The Aviva Stadium and Electric are particularly popular with Gen Z at 35% and 31% respectively. 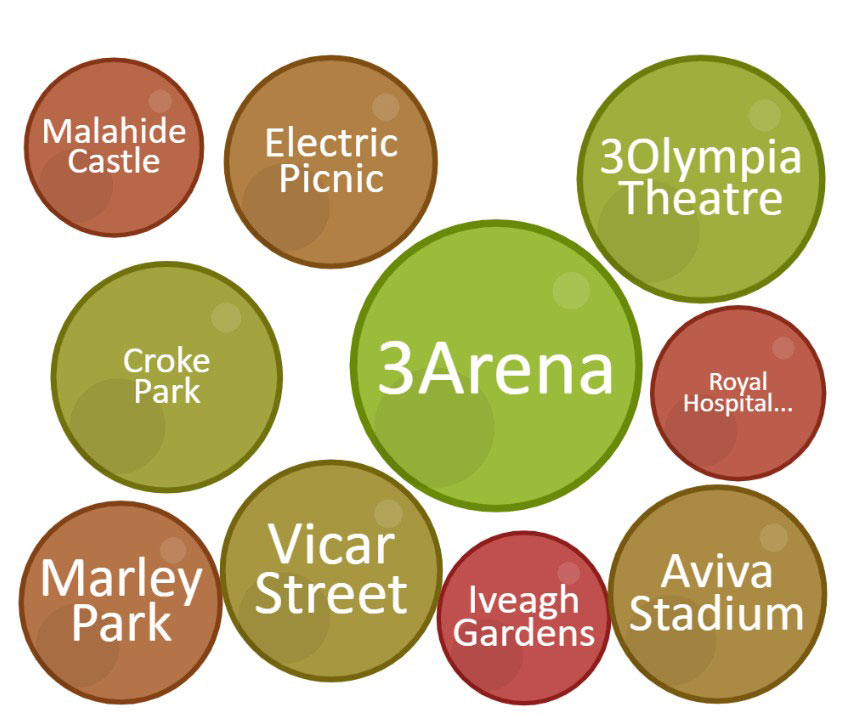 Promoters are leveraging Out of Home as an event-based marketing channel in the real world. Outdoor is a location medium and its agility means its content can be hyper-relevant to time and to events happening across the year. 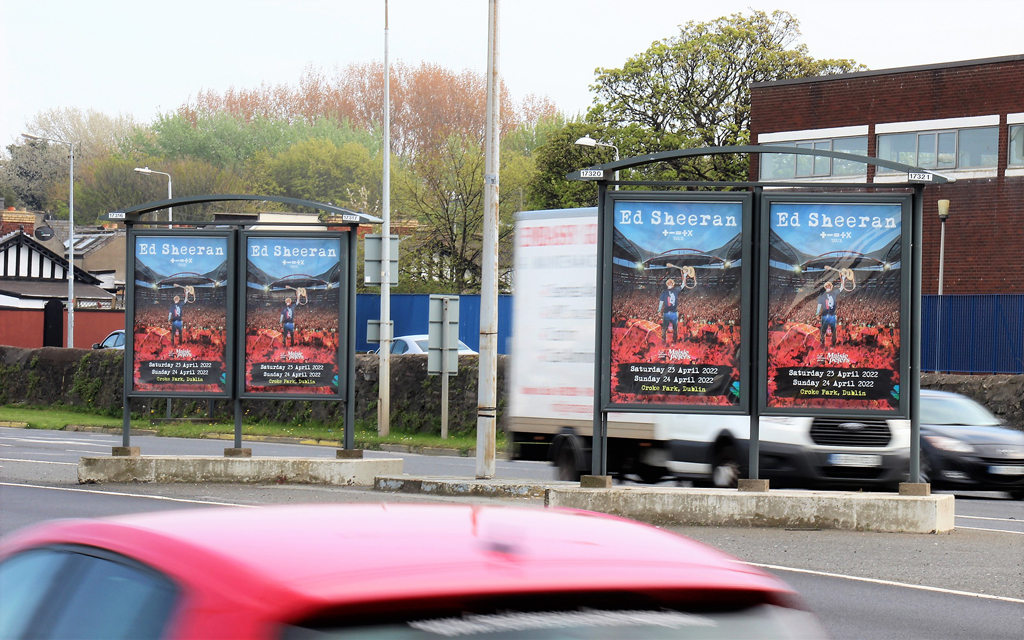 The Vhi Women’s Mini Marathon returns to the streets of Dublin this weekend. The 10k charity road race is back for its first physical event since 2019 and takes place this Sunday, June 5th. The event celebrates 40 years of #WomenmakingMagic and is inviting women to share the magic to mark this significant milestone in the event’s history. 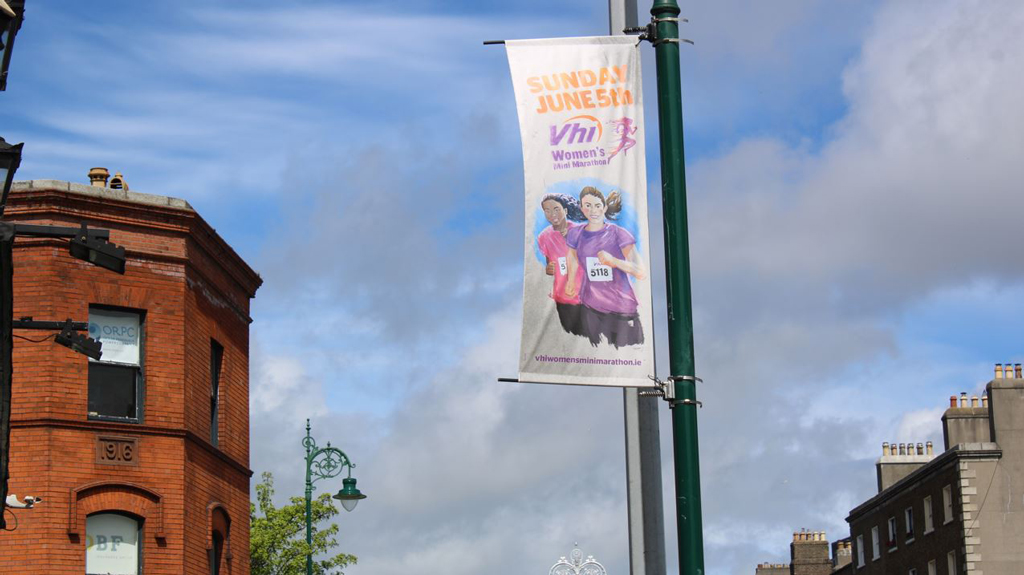 The very best of luck to all participating in this year’s VHI Women’s Mini Marathon.