Three Irish agencies – The Public House, In the Company of Huskies & Publicis Dublin – were awarded special merits at The One Show which took place in New York this week.

A music producer helped the agency tailor the songs to their individual musical tastes and integrate sounds from their training sessions, while a sports psychologist helped work out the optimum Beats Per Minute (BPM) to suit each athlete’s workout style. These tracks were important motivational tools for the athletes as there were no fans in attendance at games due to lockdowns in 2020.  The category the agency receive the merit is the Music & Sound Craft in Innovation & Transformation / Innovation in Lockdown.

“We’ve been working on some very exciting projects with FBD for a number of years now and this award for Sound Support is testamony to working with a bunch of sound clients,” says Colin Hart, creative director and founder, The Public House . The category we got the merit in was: Music & sound craft in Innovation & Transformation / Innovation in Lockdown

Meanwhile, In the Company of Huskies received its merit for its powerful campaign on behalf of Allianz and Women’s Aid and called The World’s Strongest Women. The campaign launched in December 2021 and is part of a €1m partnership over three years between Allianz Insurance and Women’s Aid. The German insurer will also support Women’s Aid in tackling the issue of domestic abuse and support those women who are living through domestic abuse in Ireland.

Publicis Dublin also received a merit for its campaign for Virgin Media which involved teaming up with the Irish rapper JyellowL to promote the brand’s 1GB broadband offering.

As part of the campaign, the launch included a special vinyl edition for the music press, exclusive behind-the-scenes footage capturing the recording process and TV appearances by JyellowL. In addition, Virgin Media planned a unique show where fans watched him perform live. 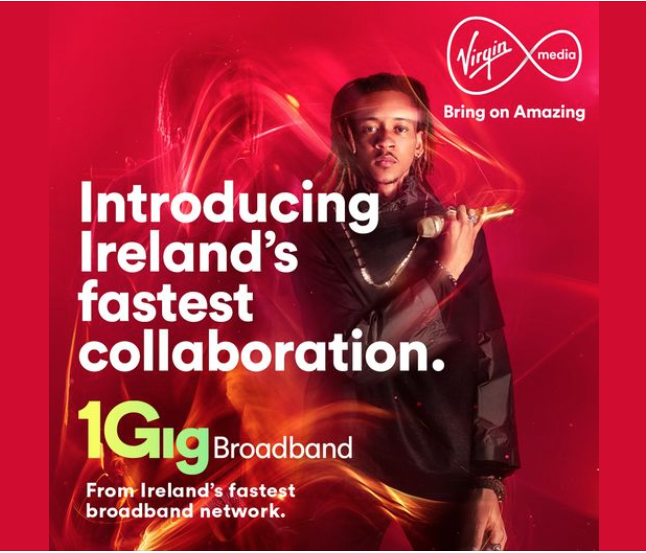