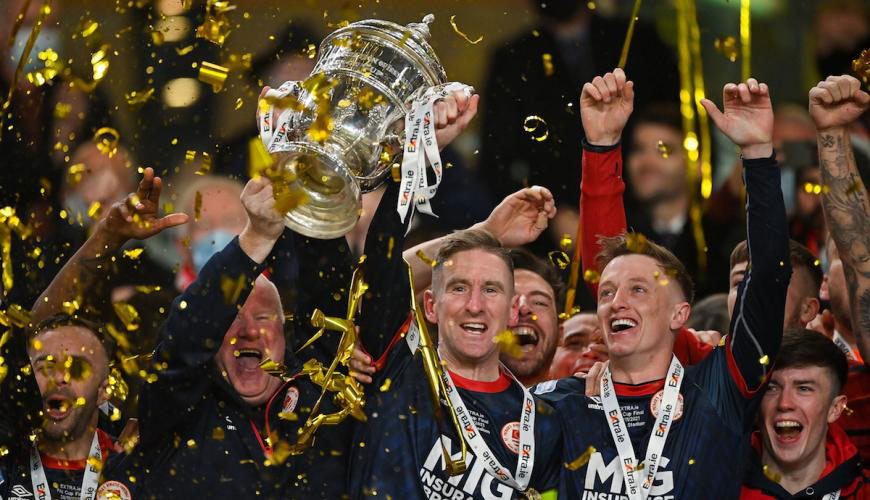 Following the success of its sponsorship of both the EVOKE.ie FAI Women’s Cup Final and the Extra.ie Men’s Cup Final, both of which took place in November, DMG Media will continue its support again in 2022.

This year  saw record-breaking attendance and viewership figures for both leagues, and highlighted the media group’s commitment to supporting sport in Ireland, according to the company.

The largest crowd ever attended what was the 47th staging of the Women’s Cup Final which saw Wexford Youths beat Shelbourne. In what was the

Likewise, the EXTRA.ie FAI Cup Final between Bohemians and St Patricks Athletic smashed the previous attendance records with over 37,000 fans soaking up the electric atmosphere at a nail-biting final which ended with a penalty shootout and St Patrick’s Athletic finally lifting the Cup.

“The sponsorship of both FAI Senior Cups, which is set to continue in 2022, highlights DMG Media’s commitment to supporting sport in Ireland and helps to level the playing field between men’s and women’s sports. The organisation’s #strongerwithsport campaign, which ran during the build up to the finals, highlights the importance of sport and encourages young women to stay in sports during their teen years and into adulthood,” says DMG Media Ireland.