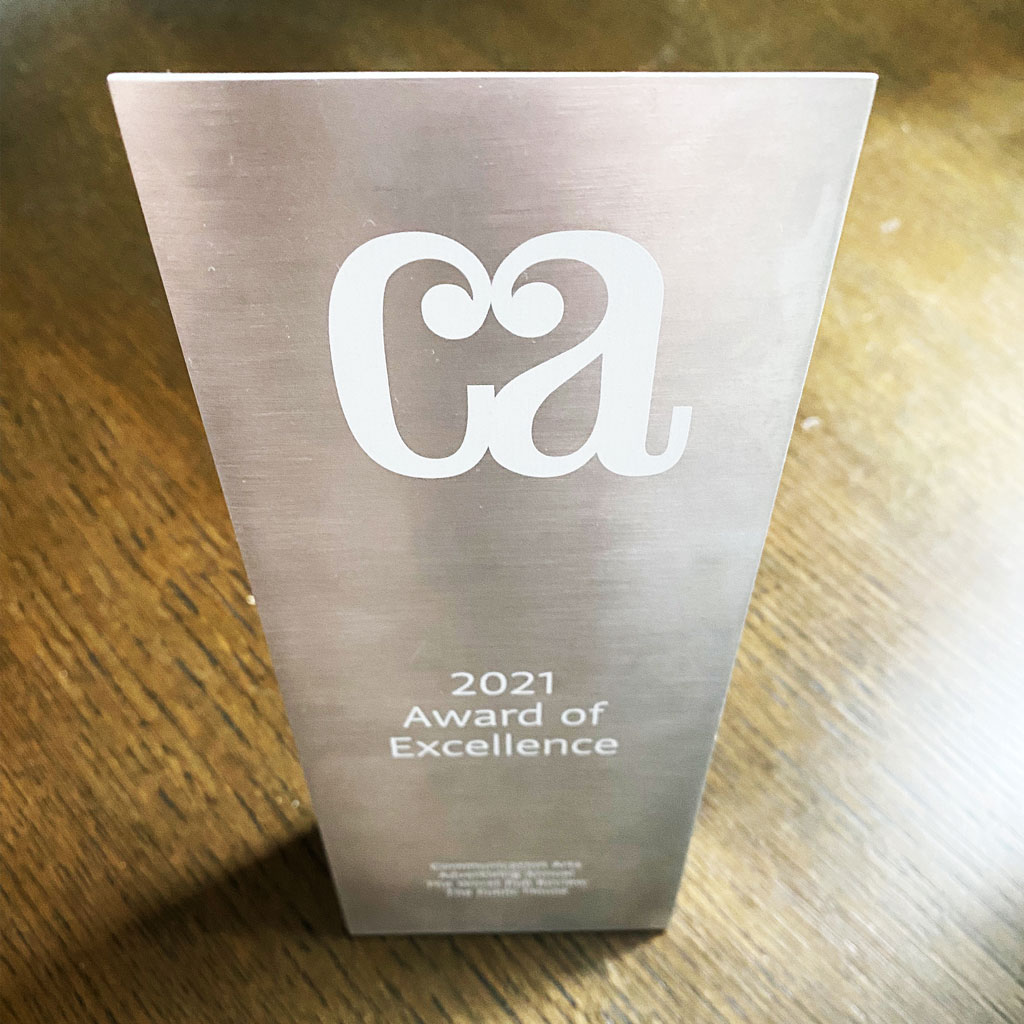 The Public House has been awarded a Communication Arts award for one of its own ads promoting the agency.

The idea was a tripadvisor rating for the Public House ad agency, reviewing it as one of the worst pubs in Ireland. An American tourist ‘allegedly’ posted the review which was published as a promotional idea.

According to Colin Hart, creative director, The Public House,  Communication Arts is one of the most difficult creative award shows in the world to win with over 8000 entries worldwide and only 100 winners. 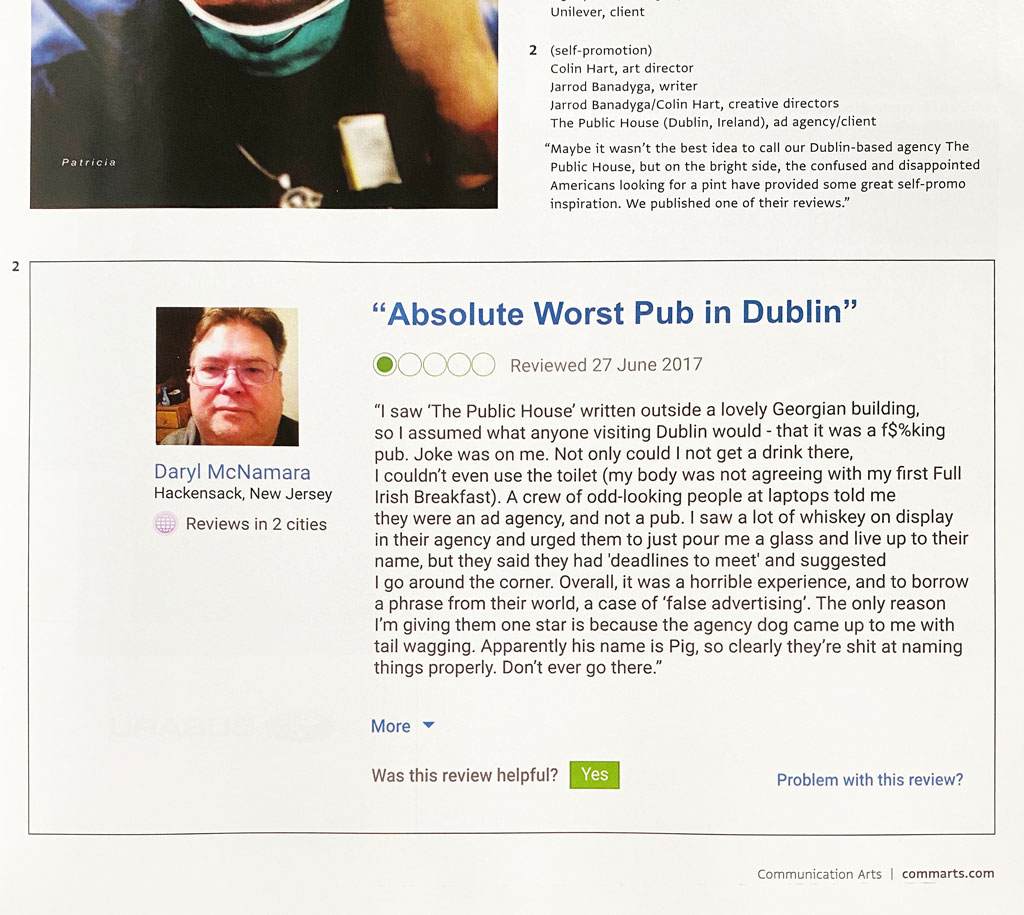 “This is a very difficult award to win and as a team we’re absolutely thrilled with this accolade. Unfortunately Daryl McNamara from New Jersey couldn’t be here to enjoy the credit for many reasons”.

The award for The Public House continues a successful year with the growing independent creative agency’s clients include Jameson and EPIC: The Irish Emigration Museum, FBD and Paddy Power. 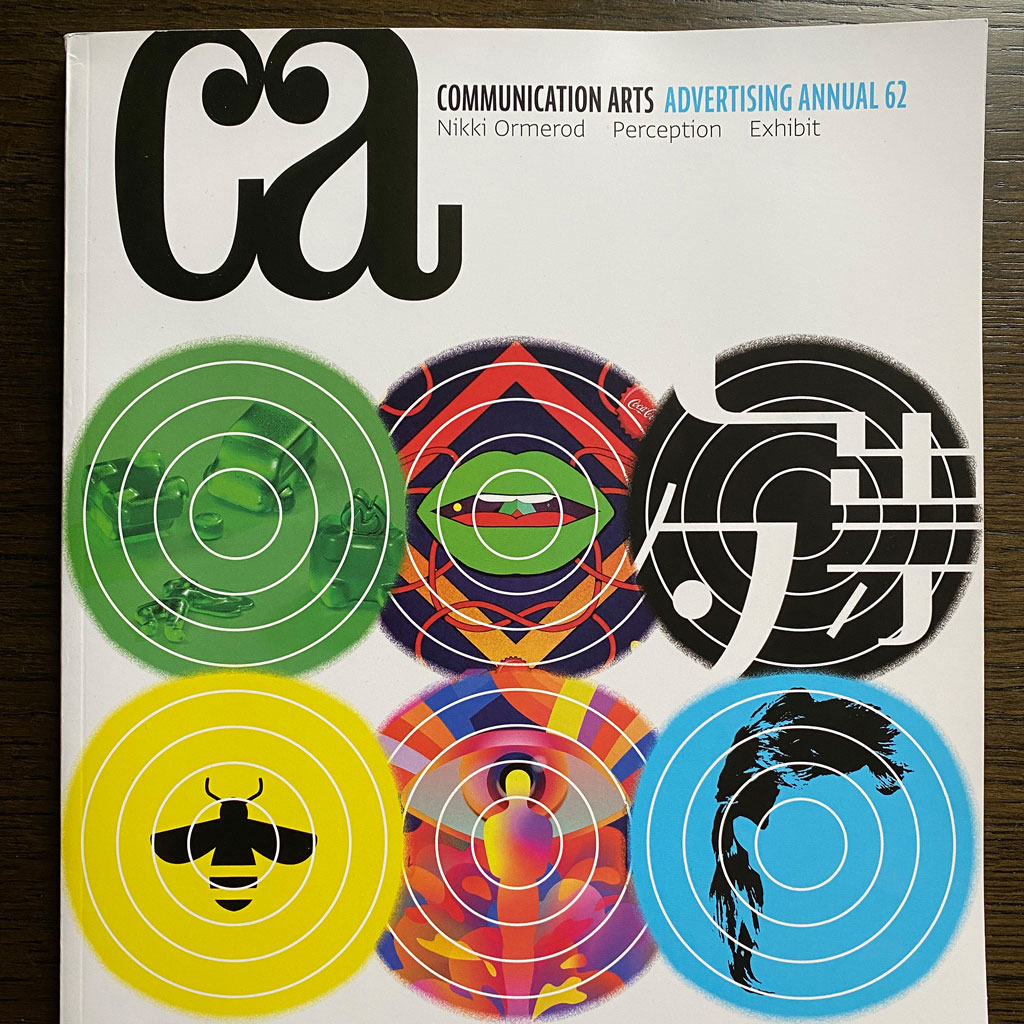