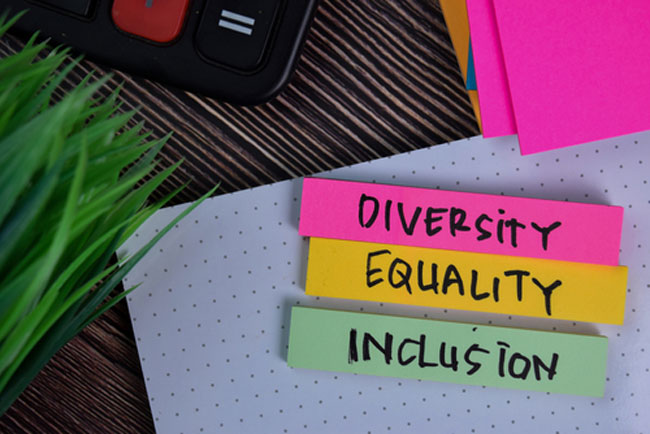 The first-ever Diversity, Equity and Inclusion Census of the Irish marketing and advertising industry has been published.

The results of the survey are based on more than 10,000 responses from 27 markets around the world conducted in June to July 2021. The research effort was led by the World Federation of Advertisers (WFA) in close collaboration with a number of trade associations around the world as well as the global market research firm Kantar. The Irish leg of the survey was overseen by the Association of Advertisers in Ireland (AAI), with collaboration from a number of other industry representative organisations.

According to the research when it came to questions about ethnicity, 13pc of ethnic minority respondents had experienced discrimination while 17pc of them said it was highly likely they would leave the companies they worked for because of this. In addition, 16pc felt their ethnicity was an obstacle when it came to progressing their careers.

When it comes to gender, the survey notes 5pc of female respondents have experienced discrimination in the workplace while 33pc don’t believe their company treats all employees equally regardless of their age.

Some 19pc also feel their gender was an obstacle in their career paths while 52pc felt the perception of their family status – whether they were married, unmarried or had dependent children – also served as a hindrance to their careers. This compares with just 27pc of men.

When it comes to pay gaps, the survey points to some major anomalies although it does note that it’s not an in-depth salary survey. Nonetheless indicative pay gaps in Ireland between females and males working in the wider marketing and advertising sectors can be as high as 22pc at executive management level and 8pc at senior level.

The survey also shows there’s considerable room for improvement when it comes to issues relating to sexual orientation with some 5pc of LGBTQ+ respondents having experienced discrimination in the workplace while 22pc felt their sexuality had held them back career wise.

Ageism would also appear to be an issue within the industry, according to the report. While it has been simmering below the surface for some years now, particularly in the advertising sector, this survey sheds some light on the concerns some people have, particularly older members of the workforce. For example, 29pc of respondents don’t believe their company treats all employees equally regardless of age while some 45pc believe age can hinder their career at their company. Depending on their age, this rises to 61pc for those aged between 45-54.

“But there are significant minorities in all countries saying they witness negative behaviours and discrimination on account of their age, family status, gender, ethnicity, race, disability, mental health, sexuality – such that one in seven considers leaving the industry.  No company or industry can ignore this. The onus on us all now is to work together to make our industry fairer, more diverse and more inclusive,” he says.