Summer 2021 is one we’ll never forget. It is behind us now, but for the OOH advertising market in this country it leaves a legacy of optimism and a promise of better times ahead. June, July and August represented Q3 of the year and it was without doubt was the best performing quarter on the medium since Q1 2020.  We wrote at the beginning of the summer about the public’s intent to embrace the period with joy and hope as restrictions on movement, retail and hospitality all eased across the three months. And so, it proved. Mobility matched levels pre-pandemic, and the Irish people re-engaged with family and friends via new ways of socialising.

It’s that evidence that fuels our confidence for Q4 and into 2022. This week the government unveiled the roadmap for the ending of the final set of restrictions still in place. Already this week, a significant change in public transport’s permitted capacity will positively impact the audience for the channel, with buses, trains and trams back to 100% capacity. 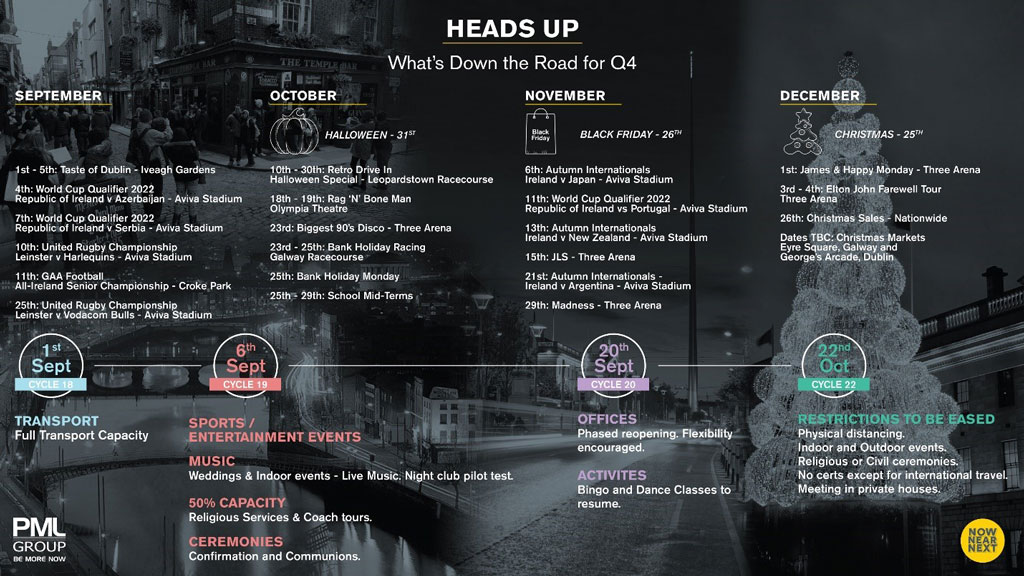 This will facilitate a phased return to office life for hundreds of thousands of workers, breathing renewed life into our large towns and cities from September 20th onwards. An already highly mobile population is about to move back towards our cities in significant numbers, right across the period of Q4 and beyond. And we are a larger population.  According to CSO statistics released this week, Ireland’s population is at its highest since 1851, topping an estimated 5 million as of April 2021. More good news for OOH advertisers! 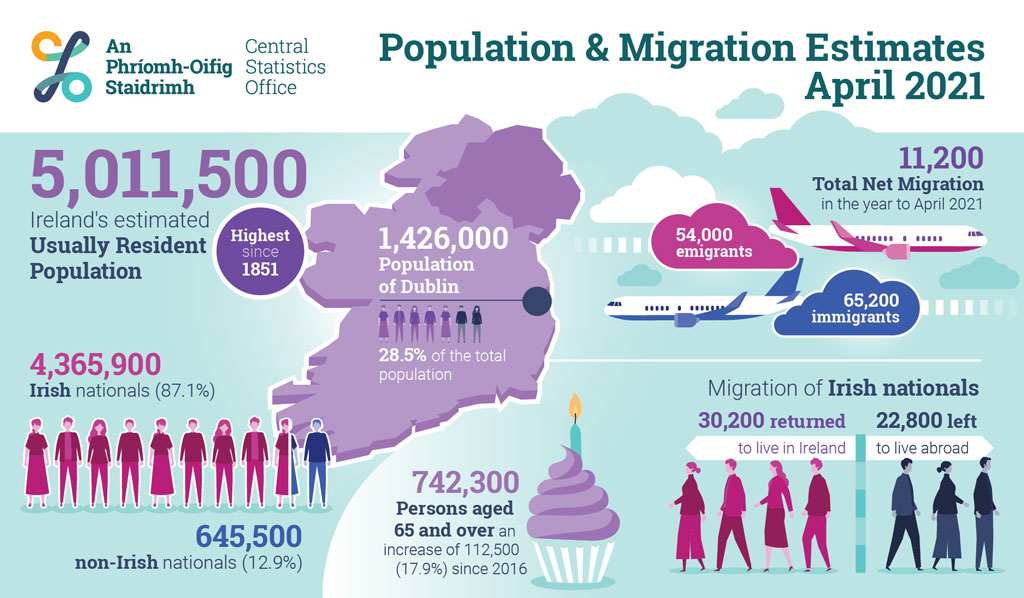 Q3 offered advertisers exciting new format choices such as Digital Bridges and Digital Phone Kiosks, both of which have been embraced by brands. Q3 saw brands re-engage innovative special builds with brilliant work by Cadbury, Disney, Glanbia, Bank of Ireland and Diageo, among others. Most significantly though, so many brands recognised the step change in audience behaviour and made classic OOH formats, such as billboards and bus shelters, a priority channel to communicate with customers. Q4 will offer new dynamics in terms of audience. Big events are back. Concerts, major sporting events with fans, festivals are all on the agenda again and they provide opportunity for event-based marketing via proximity OOH. And of course, the last few months of the year are prime time for retail and consumption – Halloween, Mid-Term, Black Friday and Christmas all to come.

After a tumultuous 18 months, OOH has most definitely got its buzz back and the team at PML Group look forward to keeping you up to date with all you need to know. Now Near Next was primarily a strategic, fact-based response to COVID-19, showing our clients how OOH, through data-led planning and dynamic activation, remained an effective medium through the period. However, we feel it’s a fitting time to now draw a line under it and move into the new term with a different offering. Fear not, your Friday OOH update won’t be disappearing. Have a good weekend…….and watch this space.