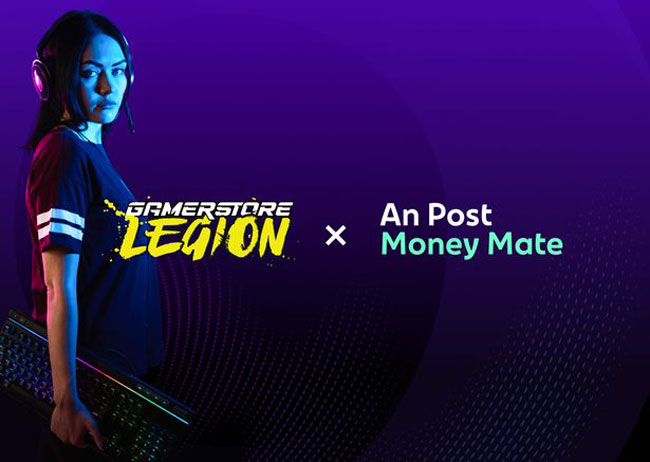 As Ireland’s esports industry continues to grow and brands look to gain a foothold in the market, Core has brokered a deal that will see An Post Money Mate partner with Legion Esports.

As part of the partnership, An Post Money Mater will become title partner of the Legion Esports Series and official partner of our Legion Creator Programme

“For An Post, a long-standing brand embedded in the Irish community, to partner with an Irish company in the gaming industry known for having a predominantly youthful audience and community, is a hugely significant moment. The partnership is one of the biggest gaming collaborations in Ireland, so for Core to be directly involved in making that happen is very exciting and rewarding,” he says.

“At An Post, we are hugely excited to be involved with The Legion as the first Irish brand to enter a partnership of this size and scale with them. We share a keen sense of community with gamers and the gaming industry and we look forward to using this innovative and exciting medium to communicate with them both,” adds Conor Barron, digital marketing and CRM manager at An Post.

Research estimates that over 2.4m people in Ireland are engaged with gaming. Core identified the gaming community as a significant opportunity for An Post Money Mate, as it allows the brand to connect with the Millennial and Gen Z customers.

To complement the partnership, a number of Legion ambassadors have been appointed who will engage in a range of activity including the creating and sharing of content on their online platforms such as Twitch, YouTube, Twitter and Instagram. In addition, a partnership with Entertainment.ie will extend reach to gamers across Ireland. This will involve a full takeover of the gaming section on Entertainment.ie and also streaming parts of the tournament live on their website via twitch. Sport for Business will host an in-depth interview to discuss the various partnership elements, the reasoning behind the partnership and the benefits of the An Post Money Mate App for Gen Z’s.