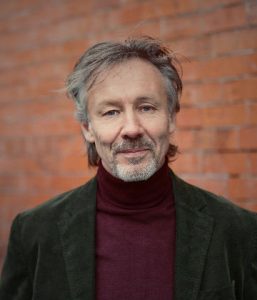 Sean Hynes, creative director with Bonfire,  has been appointed as vice president of IAPI, having served on its creative council since 2018.

A former creative director of Bates Ireland, he co-founded Bonfire with Ian Doherty in 2005.

“Seán has made a huge contribution to the IAPI Board since his term began in November 2018”, says Shenda Loughnane, President, IAPI and Group Managing Director, Dentsu Aegis. “He has worked tirelessly to bring together the creative community, culminating in the launch of “Ireland: Where Creative is Native” (www.creativeisnative.com) last year, which seeks to position Ireland as a centre of excellence for commercial creativity. This launch was a key milestone for IAPI in 2020, and provided a beacon of light in an otherwise challenging year for the industry. Seán puts his all into everything he does and the IAPI Board have benefitted hugely from his measured approach, passion for creativity and collegial nature.”

“I’m actually very fortunate to be part of an IAPI board which is made up of some amazing individuals and I’m really honoured that they have chosen me to take on the role of Vice President. And I’m really delighted to continue my work for IAPI. The reaction from both the Irish and International creative community around the launch of Creative is Native has been hugely encouraging and rewarding,” says Hynes.