According to recent research by the Irish media and production company, Packed.House, websites are the No 1 platform people use to find something to watch on TV and on demand. The research carried out in October 2020 with entertainment.ie readers also revealed 4 in 10 people are spending 5-15 minutes scrolling before choosing what to watch on ‘on demand’.

Looking up actors in a show and interesting facts about a show increased for readers during / after watching something on TV and on demand. 8 in 10 people have an on demand subscription with 50% admitting they have more than one account. Some 51% watch on demand more versus 31% who said they watched TV more and 17% said they watched them equally the same.

The research also shows that over half, 52%, said they watched TV in the evenings, this dropped slightly to 45% for on demand users with 29% admitting to watching on demand “every so often” versus 16% who admitted watching TV “every so often”. 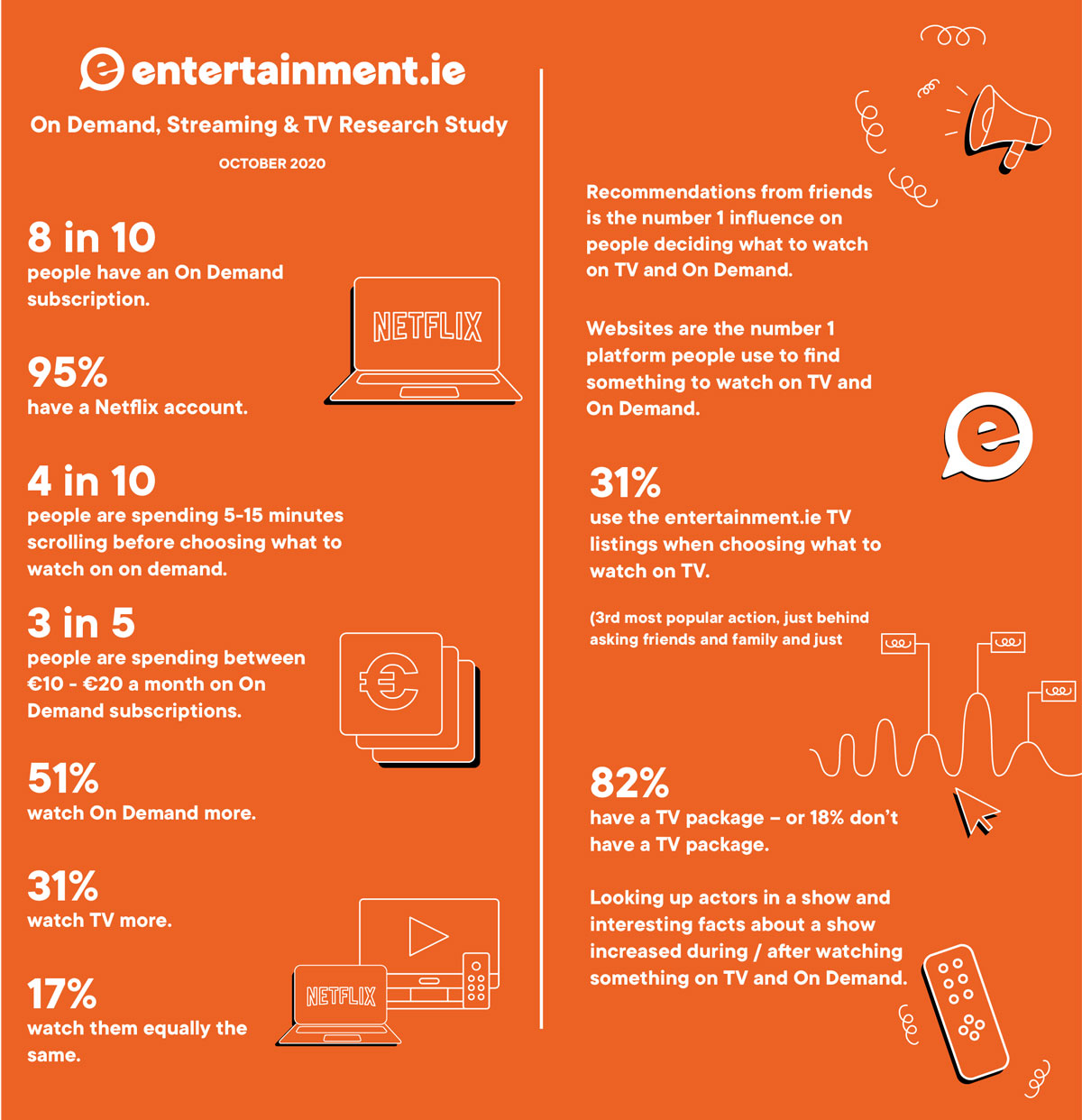 According to Richie Kelly, CEO of Packed.House: “This research report investigates how and when people watch TV and On Demand, what motivates people to choose what they watch and the journey they go on to arrive at their final decision. With over 1.5 million users on site a month, at entertainment.ie we are beating boredom every day with the latest news, guides and listings for TV and On Demand for our users. With macroeconomic factors to consider such as the weather, Covid restrictions and a continued rise in popularity for On Demand platforms, entertainment.ie serves an even bigger purpose in filling and planning everyone’s downtime.”