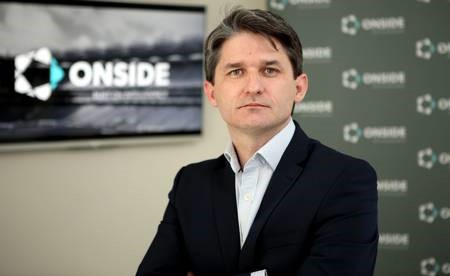 The latest ONSIDE Quarterly Sponsorship Review found that while the rate of new reported sports sponsorship deals in Ireland dropped 19% year on year in the third quarter of 2020 versus 49% in the first half of 2020, these are ahead of declines of 38% in the overall volume of Irish sponsorship deals reported so far this year.  The new analysis found that sport continues to fare better than non-sport sponsorships, with 3 in 4 deals to date in 2020 in the sports space. Food & Drink and financial services brands have been most active so far this year, followed by automotive, supermarket / retail and professional services.

John Trainor, Founder and CEO of ONSIDE notes that “with the return of sports, July has been the most active month to date in 2020 for related sponsorship deals.  However, any early signs of a recovery for non-sports sponsorship deals lagged until September, as non-sport platforms such as the arts continued to bear the brunt of restrictions.  Some significant deals began to emerge including the announcement of the Bank of Ireland Begin Together Arts Fund, providing €1 million to support artists and arts projects across the island. Opel’s new sponsorship of Today with Claire Byrne on RTE Radio also signalled seeds of renewed potential seen by sponsors in broadcast and media sponsorships.”

Paying back on this restored investment in the market, the ONSIDE quarterly review also found that the return of live sport this summer delivered a 10% bounce-back in levels of Irish adults that saw a sports sponsor that appealed to them, versus a 4% increase in non-sports sponsors that resonated in the same period.  Rebooted investment by rugby sponsors Vodafone and Bank of Ireland caught the public’s attention, while GAA Senior Football partners SuperValu and Ladies Gaelic Football partners Lidl also made ground in the last quarter according to the ONSIDE survey.

“Supermarkets’ further surge in sponsorship appeal in quarter 3 is symptomatic of a wider trend that looks here to stay”, according to Trainor. SuperValu, Tesco, Aldi and Lidl retain the Top 4 positions for the second quarter in a row on the measure of sponsors seen by the Irish public to stand out specifically during the Covid-19 crisis by using sponsorship to help communities through the pandemic.  The National Lottery, An Post and the GAA also got singled out for special recognition by the Irish public in the latest wave.

Broadcasters Ryan Tubridy & Claire Byrne have emerged as two major winners under restrictions, with Tubridy revealed by new ONSIDE research as the Irish personality gaining most significant increases in admiration among the Irish public in 2020.  According to Trainor: “The Late Late Show presenter doubled his avid fanbase this year to over ½ million adults that rate him as the Irish Television or Radio presenter they admire most”.  Claire Byrne was the other big mover in the 2020 edition of ONSIDE’s Star Tracker, jumping straight into the Top 10 for the first time this year at number 2 behind Tubridy. Ian Dempsey and Matt Cooper also joined the ONSIDE Top 10 TV & Radio Stars of 2020.

With a new era of endorsement deals on the cards in 2021, Katie Taylor stretched her lead as the undisputed ‘most admired Irish sports personality’ again this year, while Tour de France green jersey star Sam Bennett was the only new entry to the ONSIDE Top 10 Stars in Sport for 2020.  On the music and entertainment front, Daniel O’Donnell, Bono, Hozier, Christy Moore and Dermot Kennedy topped the Irish public’s most admired music stars in the research.

Looking ahead, Trainor believes “the coronavirus pandemic is instigating a new dawn for all sides of the sponsorship industry in Ireland and Europe, driving a need to diversify revenues to plug gaps such as a potential drop in future sports broadcast fees. On the global stage you have emerging situations such as Wall Street bank JP Morgan in talks to provide €5 billion of debt financing to create a European Premier League featuring some of the continent’s biggest clubs in a project that would reshape global football.  In this wider shifting landscape of game-changing international masterplans, local rights holders in Ireland look set to course correct at pace to new and improved business models around e-commerce, memberships, merchandising, streaming, subscriptions, and ticketing to stay in touch.”