Disney’s long-awaited streaming service has arrived in Ireland with fans eagerly anticipating the launch of Disney+.

Building hype pre and post launch, Ireland is awash with Disney+ OOH messaging with a combination of classic and digital formats broadcasting the campaign.  The new game changing platform has over 500 films and thousands of television episodes from Disney, Pixar, Marvel, Star Wars, National Geographic and others. This is reflected in the OOH creative, produced by BBDO, that features the five brands mentioned. The designs display iconic figures from each, playing on the connections people have with the brands.

Planned by teams in Mediaworks and Source out of home formats of note include; 240 Sheets, Connolly Station Gallery, Bus Shelter wraps and an East Link domination. To create impact prior to the release, projections were used to light up both sides of the Convention Centre.

On March 24, Disney Plus debuted in the UK, Ireland, Austria, Germany, Italy, Spain and Switzerland. In those seven markets, the Disney Plus app was downloaded 5 million times on launch day, according to measurement and analytics firm App Annie.

“OOH can play an important role in facilitating communication for authorities and businesses as they seek to inform and reassure Irish families and communities at this time. OOH’s extensive digital infrastructure and its positioning in key environments such as retail means it stands ready to aid government, institutions, charities and consumer brands to communicate important messages and vital public health advice,” says PML’s Colum Harmon. 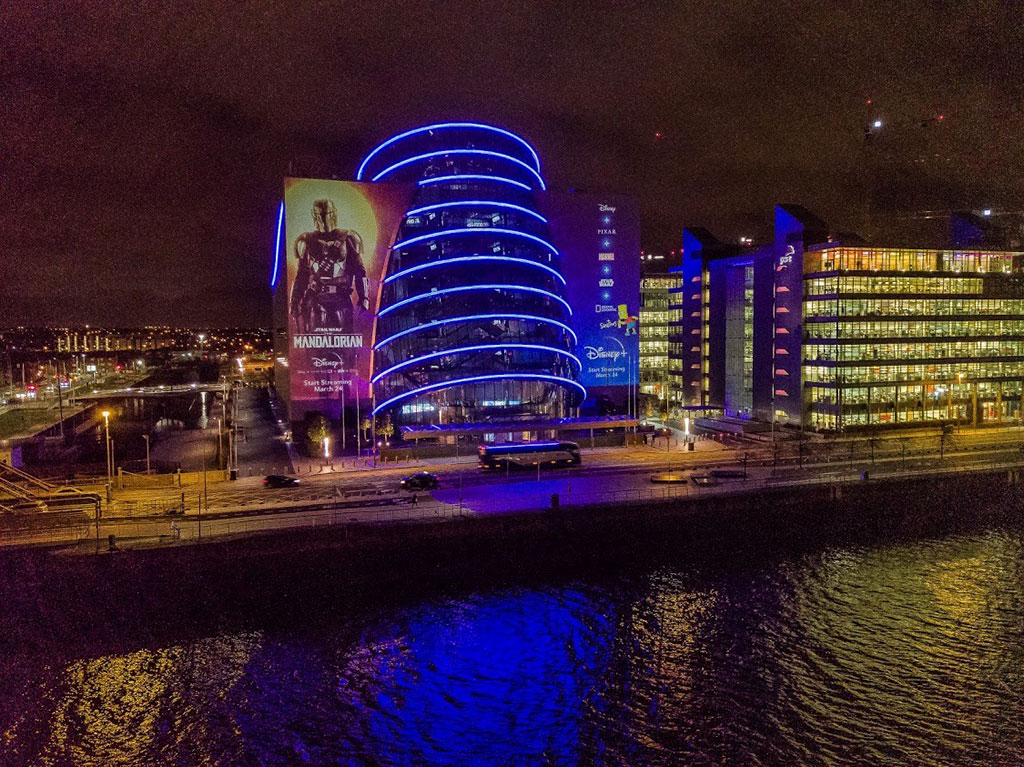