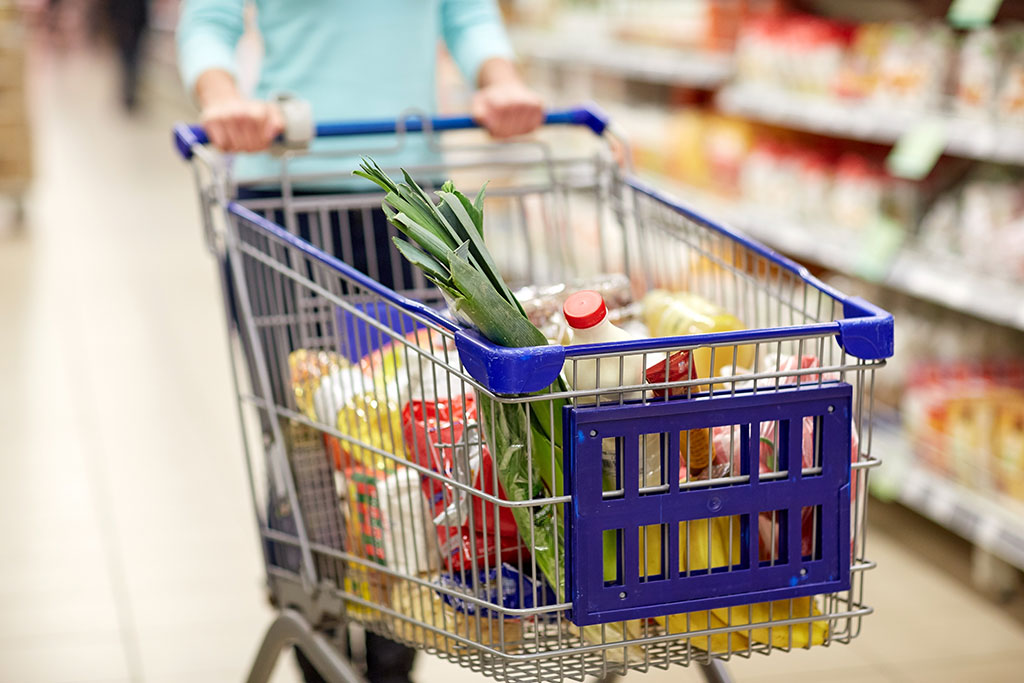 With retailers now at the frontline of visible commercial activity in Ireland at the moment, new figures from Nielsen show that grocery sales increased by 23% when compared to the same time last year and by 16% when compared to the previous week, according to the latest data from the week ending 15th March 2020.

This increase in sales has been triggered by stockpiling amidst the outbreak of Covid-19, as Irish shoppers shift their grocery shopping habits from ‘pantry preparation’ to ‘preparing for quarantined living’. At €363m, the spend is only €3m below last year’s key Christmas trading week ending 22nd December 2019, and equates to an average spend of €214 in this week per household (versus an average weekly spend of €176 in 2019), according to Nielsen. 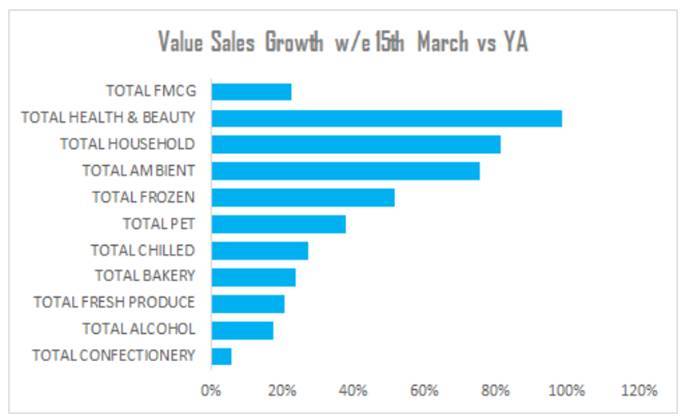 Nielsen also notes that hand sanitisers -when they are available-  continues to fly off the shelves, rising by a staggering 2412%  when compared with the same week last year, and 67% growth from the previous week – with a total spend of €188k on hand sanitiser alone.

Panic buying also continues to impact toilet roll purchases, with sales growing by 181% to reach €5.4m (outpacing the same week in 2019 by €3.5m). Other products in the category seeing a lift in sales versus last year include soap (552%), disinfectant liquids (348%), rubber gloves (306%) and vitamins and minerals, sales of which are up by 224%.

Alongside health, beauty and household, ambient grocery sales continue to grow as sales reach €37.2m – a figure over €16m higher than the average weekly spend in 2019. Pasta sales are up by 199% when compared to the same week in 2019 – with shoppers also stocking up on ambient pasta sauces  which were up 125% year on year. Meanwhile, Irish shoppers bought €4.3m worth of breakfast cereals – a week-on-week growth of over €1.3m. Other ambient products seeing a sharp uptick in sales when compared with 2019 include rice (123%), canned vegetables (126%), ambient soup (166%) and baked beans (142%).

Grocers are also beginning to see a rise in frozen food sales, with the category growing by 52% compared to the same week in 2019 – with frozen pizzas (+56%), prepared fish (+72%) and prepared poultry (+53%) acting as key sales drivers – accounting together for almost half of the sales of frozen food. These and ambient grocery sales can be attributed to stockpiling and future-planning.

Although alcohol sales are also showing growth of 18% year on year, this growth is as yet behind the growth in other categories, although is steadily growing week on week, up 33%Meanwhile confectionery has only grown by 5.7% – also behind other grocery categories. The lower growth in confectionery may be attributed to both an increasingly health-conscious shopper mindset, and less impulse-buying as shoppers plan out future meals.

According to Karen Mooney, Ireland market leader at Nielsen: “Looking ahead, it’s clear that demand on the grocery market is only set to grow, as non-essential retailers close down and schools remain shut. We are likely at, or close to, the peak of frozen and ambient buying – but as Irish shoppers lose out on their usual cafe orders, tea and coffee sales will likely climb as will alcohol sales following the closure of pubs. We may see a similar trend in home beauty solutions such as hair dyes or waxing kits, owing to closures of barbers and salons across Ireland.  Online demand for grocery is also skyrocketing, outsized even to the overall market growth. It’s clear that in order to satisfy this demand retailers will need to have an effective online strategy in place, as waiting times for delivery slots can reach up to two weeks in some places.”