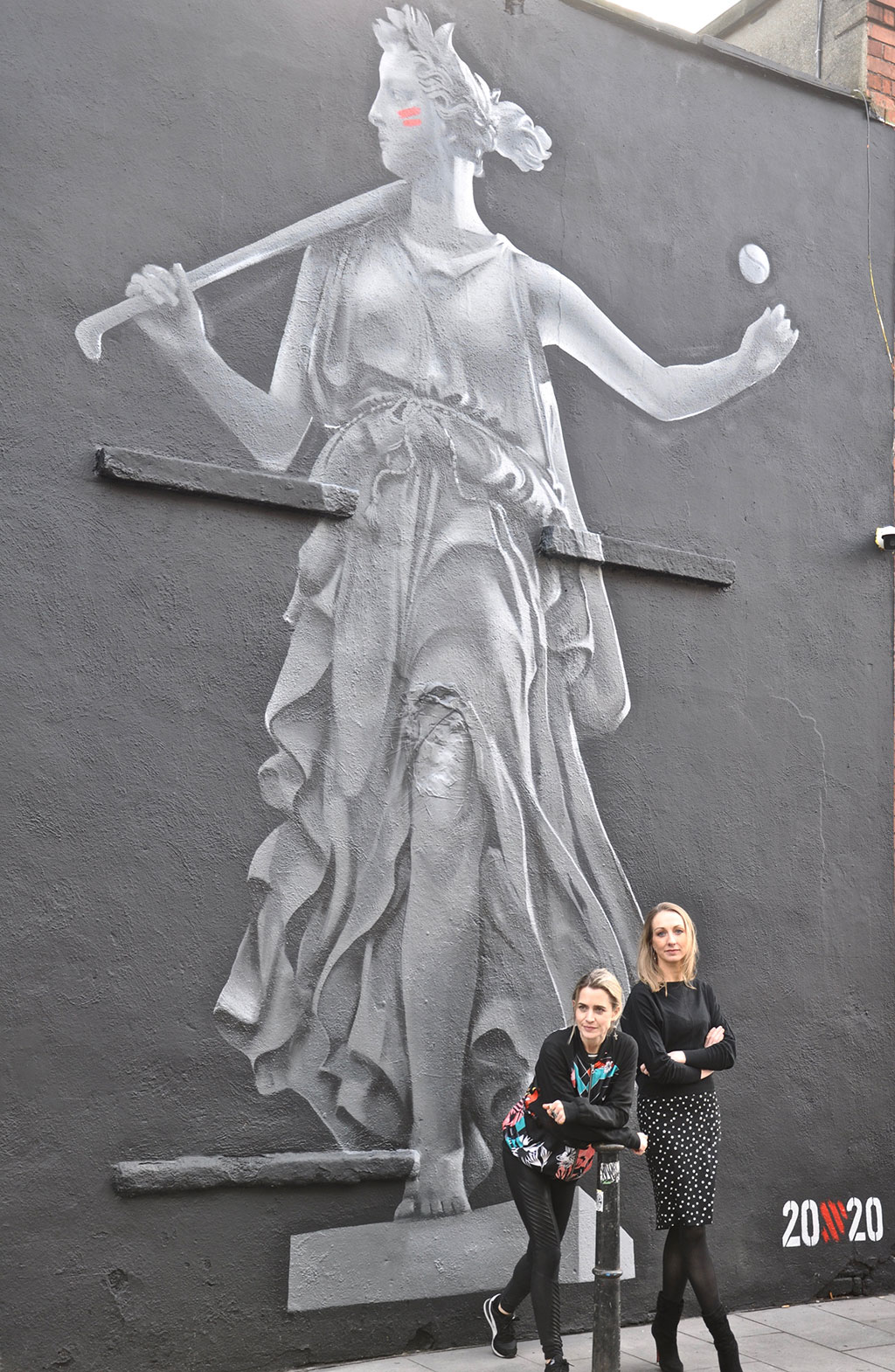 As part of the 20×20 mission, its creator, Along Came A Spider, has joined forces with artists’ collective, Subset, to promote the movement through an artistic contribution to the 20×20 message, which aims to make women’s sport part of our cultural DNA in the same way that men’s sport currently is.

20×20 is a national movement, launched by the Federation of Irish Sport, that aims to remove the barriers to women and girls getting involved in sport and to empower Irish society to show their stripes and pledge one small action to increase participation and the visibility of women’s sport in the media by 20% by the end of 2020.  It is the first initiative of its kind, with Ireland’s sporting national governing bodies and local sports partnerships coming together with media organisations to pledge their participation and support. The 20×20 message is ‘If She Can’t See It, She Can’t Be It’.

As part of the collaboration between Along Came a Spider and Subset, the artwork, unveiled at Camden Row in Dublin this week, portrays Victoria, the Roman Goddess of Victory, whose name is derived from the Latin ‘vincere’, meaning ‘to conquer’ or ‘to win’.

According to Sarah Colgan, CEO of Along Came A Spider: “We in Along Came A Spider developed the 20×20 initiative to create a movement that would shift our cultural perception of women in sport and further change the landscape of sport for future generations. We are proud that 20×20 has gained such traction with the public, Irish sport and with the media, with well-known creators such as Subset keen to collaborate with us in bringing the message to life. This artwork makes us stop and think about the cultural bias which has existed throughout history around women in sport – and the need to change it.”

Heather Thornton, creative director adds: “Different things get people out of bed in the morning; the founding principle of Along Came A Spider was to create work that can challenge the status quo and deliver positive change. As a core team of experienced communicators and persuaders, we want to apply our skills to create ideas with purpose and to deliver an impact we can feel proud of.”

The 20×20 concept was originated and developed by Along Came A Spider, the Dublin-based creative agency that combines advertising, entertainment and sponsorship expertise.