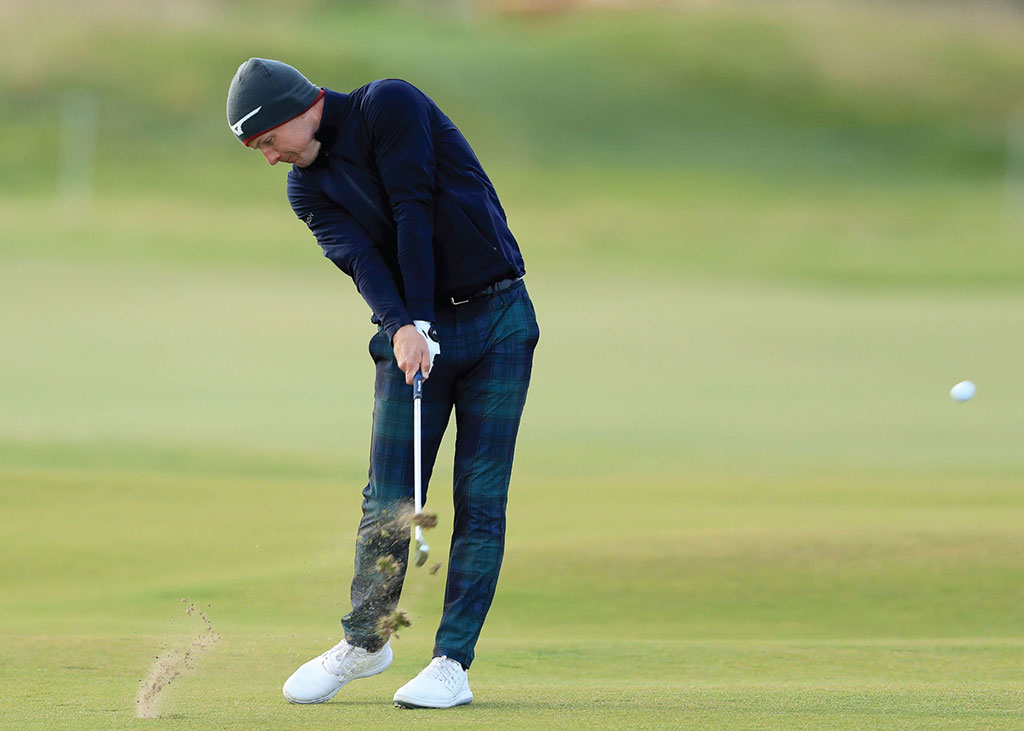 Luke Donald is a professional golfer. In 2009 his career was at a crossroads. In a sport where driving distance was becoming the most important factor, he was severely disadvantaged. His average drive was 30 yards shorter than other top players. In golf, like most professional industries, margins are small. A player can win a million-dollar tournament simply by taking one less shot than the competition. Donald’s poor driving distance was costing him an average of six shots a tournament. That’s like running the 100 metres and giving everyone else a 3-metre head start!

In December of 2009, Luke Donald was ranked 32 in the world. Just two years earlier he had been as high as nine. That December he made the decision to act, to future proof his game and arrest the slide down the rankings. But he did something unexpected. He didn’t turn to a leading golf coach; he chose expertise from a different sport. He turned to Dave Alred; the man who helped Jonny Wilkinson become the leading goal kicker in world rugby. Yes, you read that correctly. He turned to a kicking coach in rugby, not a golf coach.

Two years later Luke Donald became the number one ranked golfer in the world. He was playing so well, he won both the European Tour and the PGA Tour in America, becoming the first player to do it. Interestingly the success did not arise from an improvement in his driving distance. When Luke Donald moved to number one in the world, he was ranked 147th on the PGA Tour in driving distance. So that begs the question – what did Luke Donald and Dave Alred do to improve performance? What set their approach apart from the traditional view at the time?

Alred focused his time on Donald’s attitude; his body language and his posture. Simultaneously he added an extra intensity to Donald’s practice sessions, while critically helping him improve the accuracy of his short game. Their sessions were not about technique or swing planes. Rather Alred instilled a method for improving his key percentages while also bringing a work ethic that Donald hadn’t experienced before.

Knowing what sets your business apart

What’s the significance of Luke Donald’s growth story for businesses? There are a few critical insights that businesses can leverage to fuel their growth. The first is to understand the core competency of your organisation and to more effectively put it to work to drive growth. Your core competency is the thing that sets you apart from your competitors. It’s the reason why people buy your products or services over your competitors.

Luke Donald’s core competency was his short game. Alred recognised that this was his advantage over others. Therefore, rather than trying to add 30 yards to his drive, which is an incredibly difficult thing to do, he focussed on making his strongest asset even stronger.  He was going to be the best in the world from within 100 yards, the part of the game where distance doesn’t matter, where the emphasis is on accuracy. It worked. Donald went from losing six shots a tournament due to his shorter drives, to gaining nine shots because of his incredible short game. A great example of making your competency more effective to improve performance. Far too many organisations look to replicate what their competitors do or devote scarce resources on trying to improve their weakest points. However, don’t always take the obvious route. Don’t try and fix your drive too quickly! Successful businesses identify their core competency and use that to find new avenues of growth for the business.

Have a clear and aligned ambition

The second insight for businesses is the importance of ambition. When Donald was at that crossroads in 2009, he didn’t need the money. His net worth was such that he never needed to pick up a club again. Also, there wasn’t any external pressure being put on him. The golfing press hadn’t earmarked him as the next great English golfer who was going to lead the charge up the world rankings. That pressure was put on the likes of Lee Westwood, Paul Casey and Ian Poulter who all ranked higher than Donald.

Nevertheless, he had the vision and ambition to achieve more. Importantly he supported his ambition by putting things in place to help him achieve it: like Dave Alred. Together they had an aligned ambition and built a rigorous regime that helped him get where he wanted to be. He didn’t just say he wanted to be number one. Rather, he made some fundamental changes to make his ambition a reality.

It’s clear therefore that ambition is essential to the growth prospects of any organisation. Consequently, the challenge for senior leaders is to think about the level of ambition they and their senior management team have. Is it at the right level to achieve the growth they want? Are they all aligned? There are many examples of businesses who pay lip service to ambition. They talk about creating a clear vision of the future and then aligning the team behind it. But often it becomes a “line” that is never truly put to work across the organisation. Therefore, it’s important when developing an ambitious plan to involve the team, get them on board, and then critically put structures in place to ensure you achieve that ambition.

Pick the right opportunities for your business

The third learning from Donald’s story is to clearly understand the opportunity available and identify the best way to achieve that. In today’s world, fuelled by digital, the opportunities can seem abundant. But what are the right opportunities for your organisation? What will deliver the greatest returns, highest margins, minimise the risk, etc. It’s important to give this due consideration because picking the wrong opportunities can be counterproductive.

Luke Donald won both the European Tour and the PGA Tour in 2011. One might assume that in order to achieve this he played a huge number of tournaments, flying back and forth across the Atlantic. The obvious strategy would be to play as many tournaments as possible to increase the chances of winning. But he didn’t do that. He played 26 events in total across the year, six less events than the second placed player that year. The opportunity Donald spotted was quality not quantity.

He focused on fewer events, ones that came with higher prize money and higher ranking points, ones that counted disproportionately more on each Tour. Donald trusted his game in those tournaments to win enough money and points to top the rankings. By focusing on quality over quantity he kept himself fresh, focused and motivated to succeed at the big events he entered.

Partners for growth are not always found in the obvious places

There is one final insight that businesses can learn from Luke Donald. In the pursuit of growth, the best partner is not always the most obvious. Don’t rush into things. Don’t assume you’ve got the right answer or automatically make the same choices as everyone else. Take the time to find the best solution for your business. In today’s world of fine margins, businesses can benefit hugely from a fresh approach.