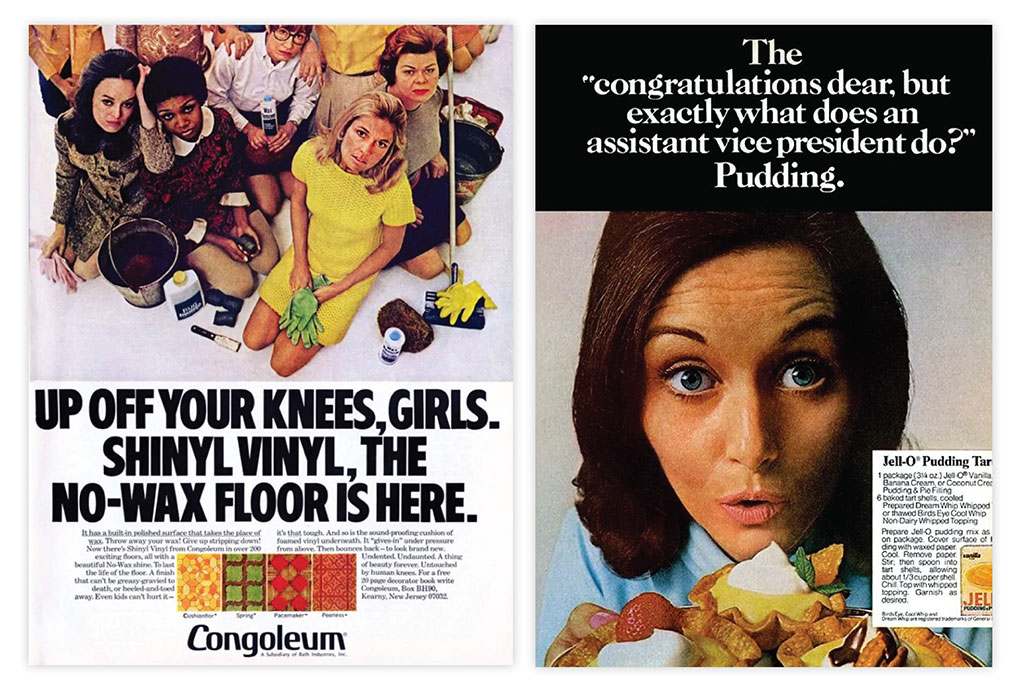 Across the Irish Sea during the summer, while a certain political issue was making little headway and yet dominating the headlines, the Advertising Standards Authority at least were showing how to identify an issue and make a change for the better, writes Mark McCann.

From June 14th, the ASA has administered and enforced a new standard on advertisements that feature stereotypical gender roles or characteristics. Guy Parker, the ASA chief executive said at the time; “Evidence shows how harmful gender stereotypes in ads can contribute to inequality in society, with costs for all of us. Put simply, we found that some portrayals in ads can, over time, play a part in limiting people’s potential.”

A fair assessment, but surely something that shouldn’t need to be said in 2019. Surely brands and agencies are savvy enough to have dispensed with stereotypical advertising in this day and age? The Mad Men days are long over, aren’t they?

There has been some pushback from the industry, with some complaining that the ruling is too heavy handed. Having spoken to some disgruntled executives, Seb Joseph wrote in Digiday; “Portraying humour based on stereotyping in an ad is, whether the ASA likes it or not, more relatable, more human, and resonates with consumers.”

More relatable, perhaps, in rare cases. What’s obvious however is that falling back on lazy stereotypes is an easy option, and in an age where brands are being held accountable to an unprecedented extent, that just isn’t a justifiable excuse any more.

We can’t sit here and laugh at our British neighbours either (at least not on this topic). A 2017 study of Irish TV advertisements showed that 50% of ads showed women in the home, with 36% portraying them in mothering roles. Perhaps we need our own guidelines?

Poorly thought out advertisements are not just offensive, they are harmful to brands. A Kantar survey found that two-thirds of women skip ads if they feel they negatively stereotype females, meaning that “there is not only an ethical imperative, but also a business imperative behind more progressive, less stereotypical ads.”

Some brands have had success by inverting or challenging stereotypes. MoneySuperMarket received acclaim (and naturally, some criticism) for their 2015 advert featuring Dave, a man resplendent in hotpants and stiletto heels strutting down the street.  Always’ #LikeAGirl campaign knocked it out of the park, showing that girls and boys shouldn’t be confined by traditional stereotypes.

Here in Ireland, Lidl are to the forefront in the fight to eradicating stereotypes with their Serious Support campaign for the Ladies Gaelic Football Association.

How can Agencies and Brands avoid Stereotypical Marketing Campaigns?

Diversity in your team is an obvious starting point, but surely common sense should suffice in most cases. How nobody responsible for the Boden children’s clothing catalogue earlier this year questioned the content is remarkable; boys were described as “mischief makers” while girls were encouraged to “fill your pockets (and wardrobe) with flowers.”

The correct interpretation of available data is also an important step in both avoiding stereotyping in ads and targeting the correct audience. Comscore research showed the flaws in a typical advertising “truth”; that older, high income individuals in full-time employment are the ideal target audience for luxury items. The data available said otherwise, with the greatest purchase rate among the 30-34 year old age bracket, and that the biggest conversion rate was actually among part-time workers.

Going forward, success on the issue of stereotyping will be evident when we no longer have to have this conversation. In the meantime, it will take agencies, brands (and the individuals that make up both) being vigilant, and working hard to find ways to engage their audiences without resorting to lazy stereotyping.