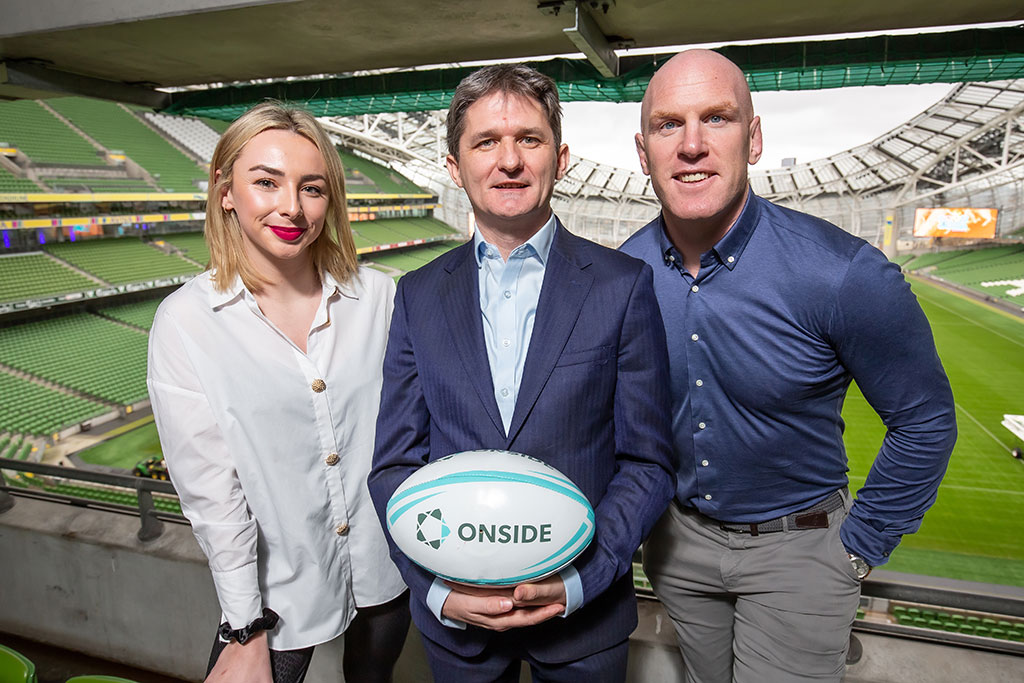 With investment in sponsorship set to reach €220m this year- an increase of 70% over the last ten years-  Onside has published the findings of a new review of the stand-out sponsorships of 2019.

Launched at an event with the Marketing Institute earlier this week, the review showed Vodafone Rugby and AIB GAA were the stand-out sponsorships of the year. Electric Ireland’s Darkness into Light was singled out as the best overall non-sports sponsorship of 2019.

According to John Trainor, founder and CEO of Onside: “Reflecting consistent progress in the Irish sponsorship industry this year, 4 in 10 marketing professionals surveyed felt sponsorship campaigns in Ireland this year had improved on previous years, with just 1 in 10 feeling standards within the industry had dropped back.”

Vodafone also topped the list of brands that were deemed top performers specifically around the Rugby World Cup, with local market sponsors Guinness and Aldi also singled out for exceptional performance. Bank of Ireland’s tie up with RTE’s broadcast coverage of the tournament in Japan outscored the eirsport / Samsung edition by 10% in terms of effectiveness, while James Ryan, Jordan Larmour, Johnny Sexton and Rory Best were seen to have done most in Japan to enhance their marketability for 2020.

Trainor notes: “Sponsorship is often best judged in terms of its long term return for a business or brand and when viewed through this lens, our research of the Marketing Institute of Ireland’s professional members found AIB and GAA to be the one to look back on next decade as a standout sponsorship.” A parallel research survey of the Irish public by Onside  found adults in Ireland singled out Guinness as the one brand that they believe won the past decade of sponsorship in Ireland.  Others making up the Irish public’s Top 10 Sponsors of the decade included Vodafone, Heineken, Aldi, Lidl, 3, Bank of Ireland, AIB, Aviva and Aer Lingus.

Marketing professionals voted Katie Taylor as the No 1 most marketable Irish sports stars for 2020 followed closely by golfer Shane Lowry and in joint third Johnny Sexton and the Irish Women’s Hockey Team.

Gerry Nixon, Head of Sponsorship & Business Brand at Vodafone commented: “We are delighted to be recognised at the Who Won Sponsorship Series 2019. Its great recognition for the ‘Everyone In’ campaign around the World Cup, but more importantly it bodes well for the future as look forward to building on these foundations with the IRFU through 2020 and beyond.”