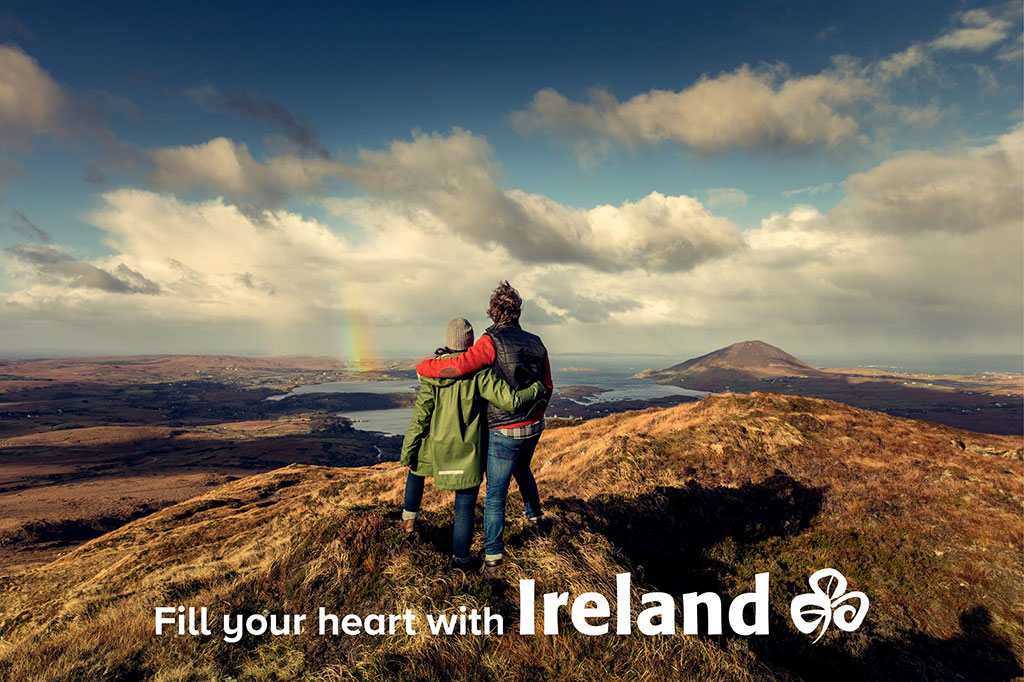 Tourism Ireland kicked off a major US$1.7m advertising campaign for 2020 in the all-important American market this week – with a five-week TV campaign which will reach 70m million people.

Tourism Ireland’s ads – ‘Fill Your Heart With Ireland’ – will air on major networks, including NBC, CBS, ABC and Fox, in the key cities of Boston, Chicago, Dallas, Denver, Minneapolis and Philadelphia. They will run for two weeks over the Thanksgiving period. The ads will be back on air from 9 December until the end of the year – specially timed to coincide with the Christmas holidays. For the final week of the campaign, the ads will also air in Seattle, San Francisco and New York; the week between Christmas and New Year is a key vacation-planning period for Americans.

The ads will air around popular entertainment programmes with big audiences, such as the Macy’s Thanksgiving Day Parade, various New Year’s Eve countdown shows, as well as Saturday Night Live, Access Hollywood, Live with Kelly and Ryan and Entertainment Tonight.

Tourism Ireland has prioritised North America as a market which offers a strong return on investment, in terms of holiday visitors and expenditure.

Alison Metcalfe, Tourism Ireland’s Head of North America, said: “Our five-week TV campaign gets under way this week, targeting US travellers who’re now considering where to go for their 2020 vacation. It heralds the start of another busy promotional drive for Tourism Ireland in the United States in 2020. We’re confident that our extensive programme of high impact campaigns and promotions, targeting people with the greatest potential to travel to Ireland, will continue to grow US visitor numbers to the island of Ireland.”

The spend on this campaign in the United States comes from the additional funding allocated to Tourism Ireland in Budget 2020, in response to the Brexit challenge for Irish tourism. End-of-year kick-start promotional campaigns will also be rolled out in Britain, Germany, France, Spain, Italy, the Netherlands and the Nordic countries – designed to position us well for 2020.