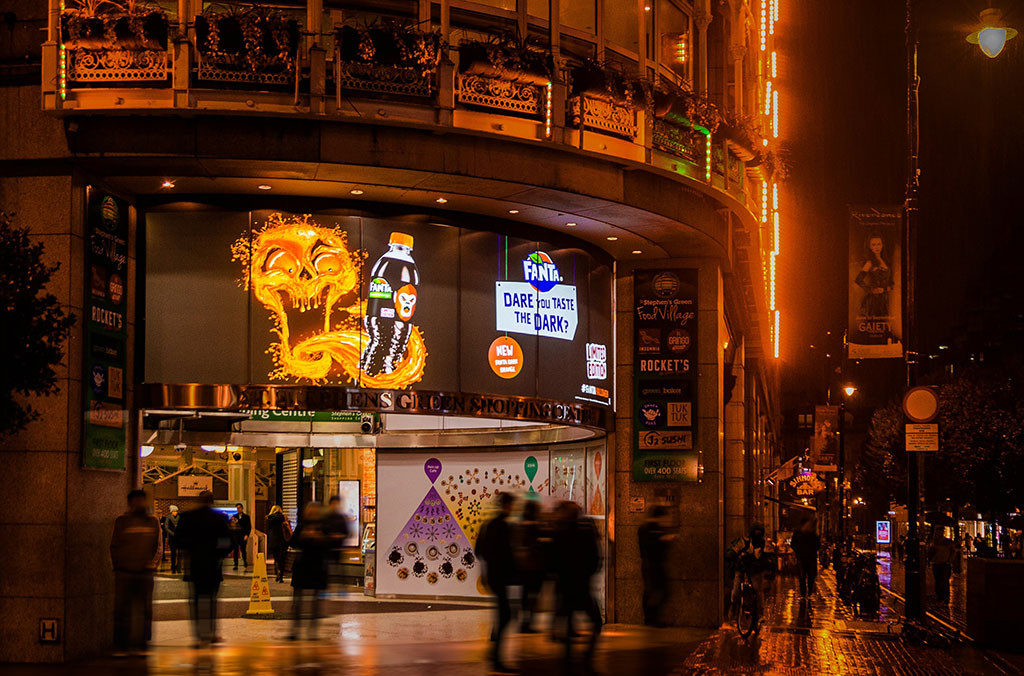 Kinetic, the global leader in activating audiences on the move has joined forces with Fanta to develop and deliver a Halloween themed OOH (Out of Home) advertising campaign. To mark Fanta’s transition to the ‘darker side’, Kinetic effectively utilised its in-house capabilities to promote the terrifyingly twisted limited edition Fanta Dark Orange through a number of bespoke light projections at various locations in Dublin. 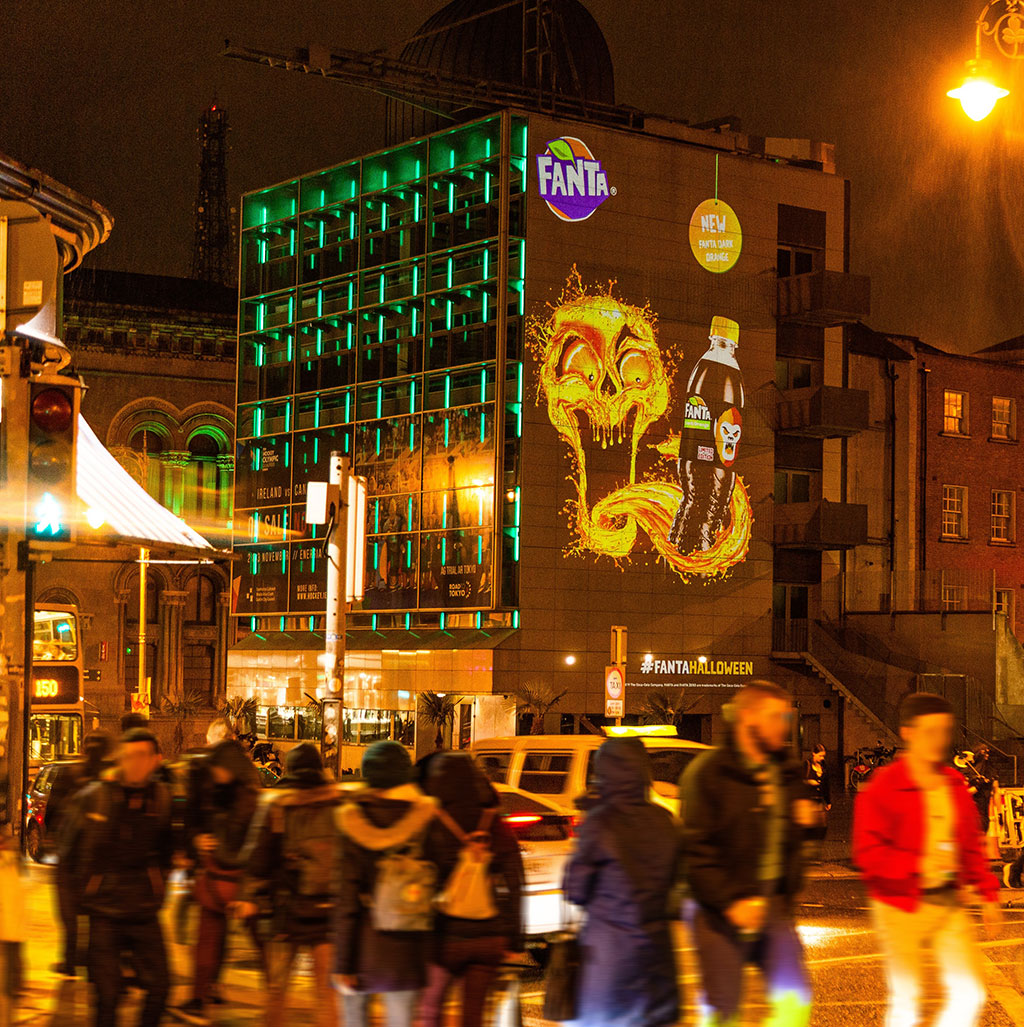 Brian Nolan, Account Director at Kinetic said: “Kinetic was delighted to work with Fanta, Mediacom and Hogarth on this spooky, fun and innovative campaign.  Halloween is now a big event in Ireland, so we had to develop an OOH campaign to reflect this. The spooky twist to the creative nicely tied in with festivities. By integrating traditional OOH and light projections, this innovative campaign tapped into the spooky season to raise awareness of Fanta Dark Orange.”

Eimhear Daly – Brand Manager Coca Cola –  Flavours Ireland. said: “Fanta Dark Orange is our take on the classic blood orange flavour and the light projections displayed in Dublin provided the perfect canvas to showcase the terrifyingly tasty new drink. The campaign also allowed us to join in on the Halloween fun while presenting Fanta as a drink that can be enjoyed all year round.”

The light projection element of the campaign ran exclusively on Halloween night in order to tie in with the spooky holiday. In addition to the projection, the terrifying campaign was featured across other Out of Home formats, including 48 sheets, Bus Shelter, purchase points and retail digital formats from 21st October to 3rd November. 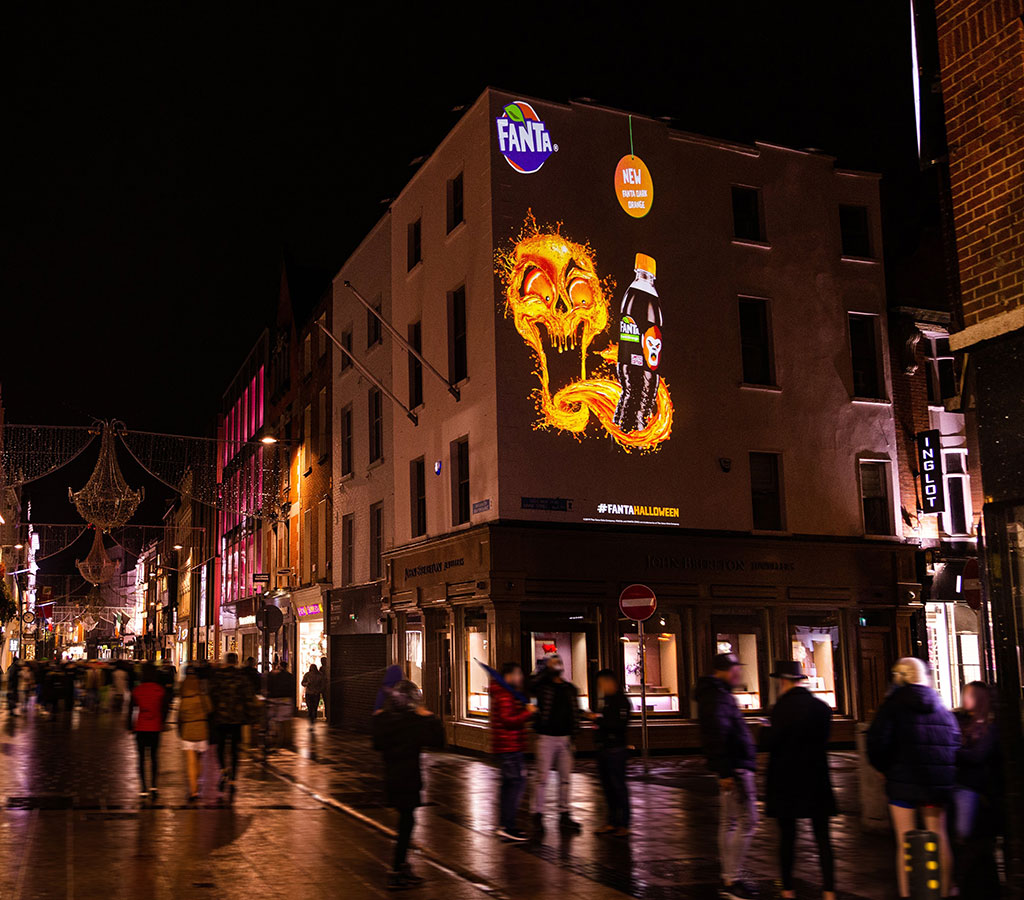