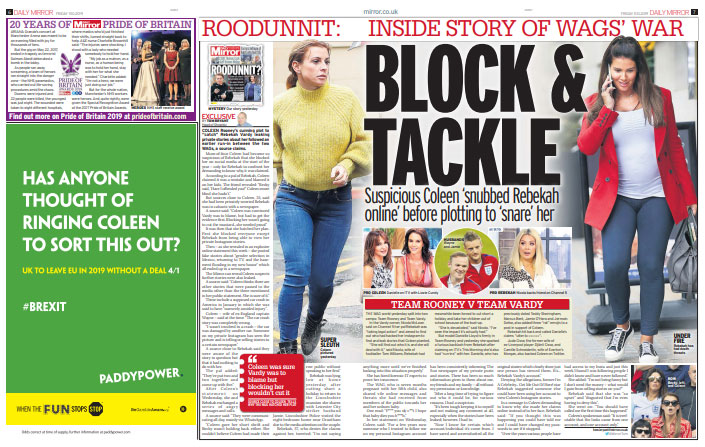 Paddy Power has weighed in on the so-called Waggate saga with its usual tongue-in-cheek mischief-makng with a campaign that pokes fun at the social media spat between footballes’ wives, Coleen Rooney and Rebekah Vardy.

The print ad appeared in a number of newspapers today in the UK where the spat appears to be a lot more important to readers than the unfolding story that is Brexit or what’s going on in Syria. The ad also appears in a number of Irish papers.

The ads were created by the Dublin-based agency The Public House which handles the Paddy Power creative account.

The she-said, she-said saga has gripped the social media universe and, apparently, divided wags across the UK into two camps as they put the proverbial boot into each other.