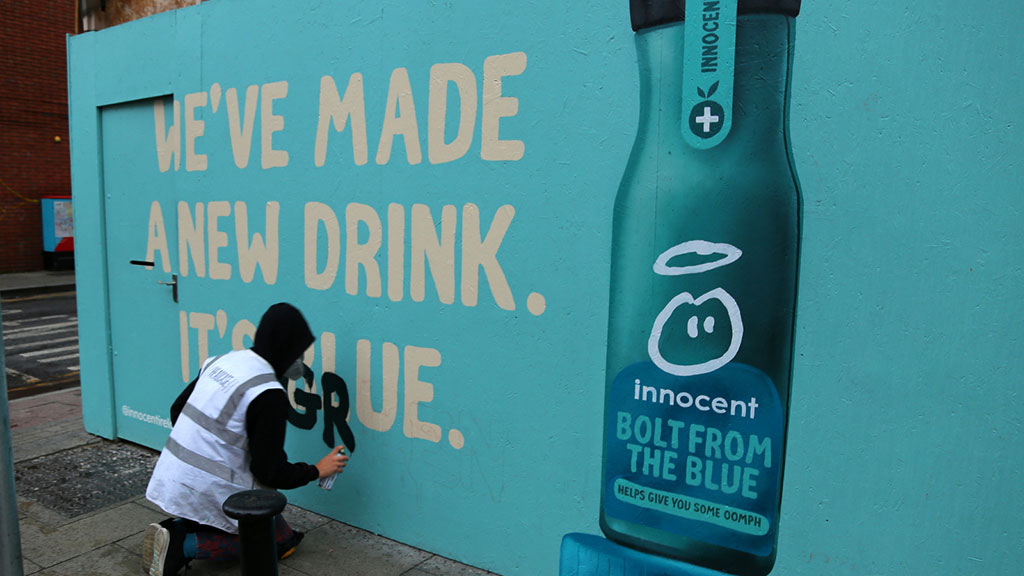 Kinetic, the OOH company, has rolled out a new campaign for smoothie and juice brand innocent.

Working alongside media agency Wavemaker and creative agency Headcase, innocent complimented its new drink, ‘Bolt from the Blue’, with a colourful and creative OOH campaign.

The light-hearted campaign involved an innovative tease and reveal mural on Dublin’s Aungier Street. This element of the campaign acted to create a debate on the colourful new product and create a conversation. Elements of the ‘Bolt from the Blue’ creative build were revealed throughout the week. As the creative developed, the campaign continued to grab passers-by attention, questioning whether the new drink was blue or green.

According to Brian Nolan, account director at Kinetic: “Kinetic was delighted to be working alongside innocent, Wavemaker and Headcase to deliver this eye-catching campaign. The bespoke special build for the innocent campaign highlights the in-house creative capabilities of Kinetic. The evolving build is strategically placed in the heart of Dublin to reach consumers and get them involved in the conversation.” 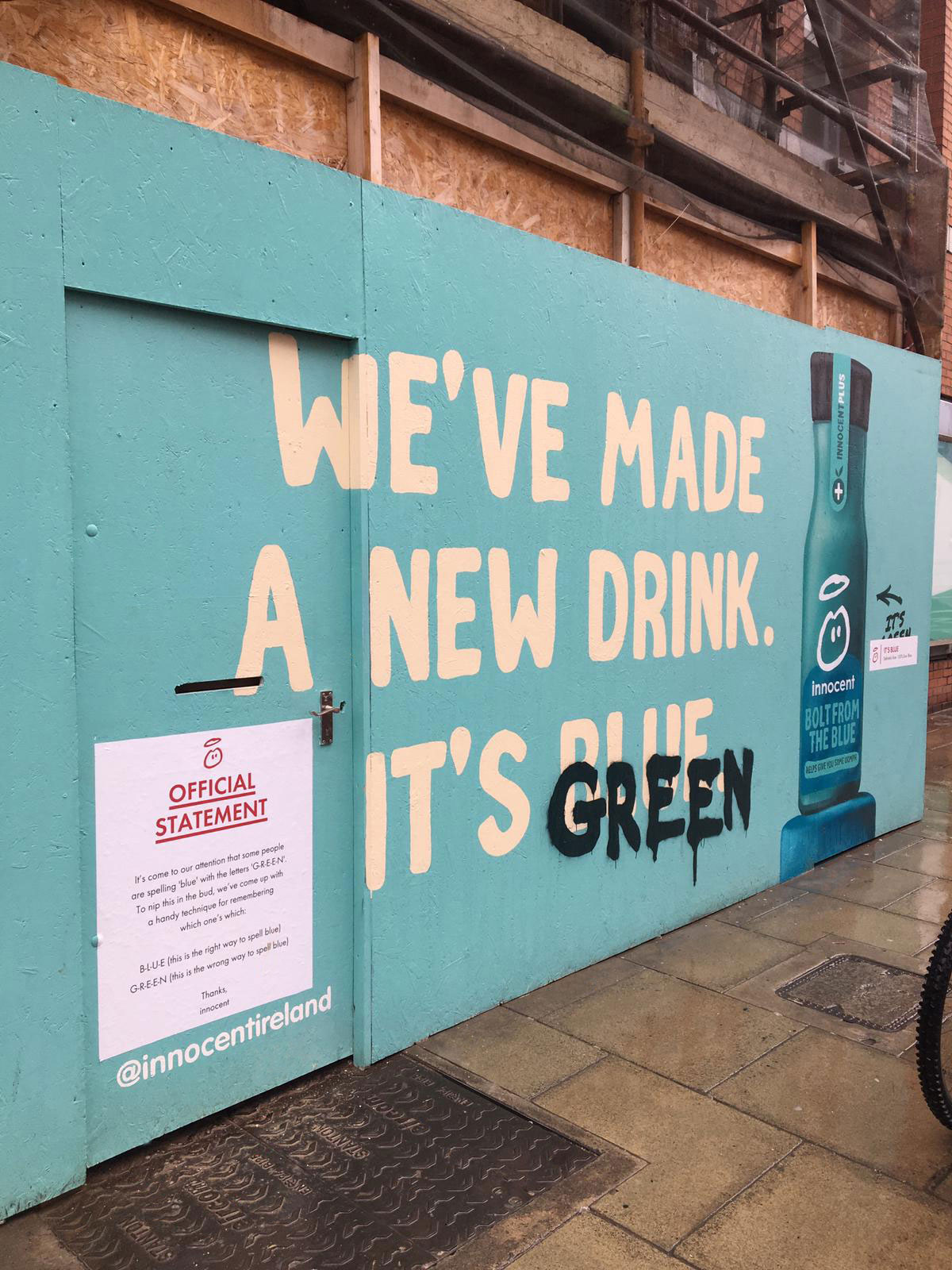 Commenting on the campaign, Johanne Lorge, Marketing Manager at innocent said: “At innocent we love to stay surprising and personal. We love the idea that people took time to make a distinctive and eye-catching piece of art to shout about our new drinks. The great thing about curating hand-made OOH is that it can be interactive and engaging too, and at innocent we love creating human connections.”