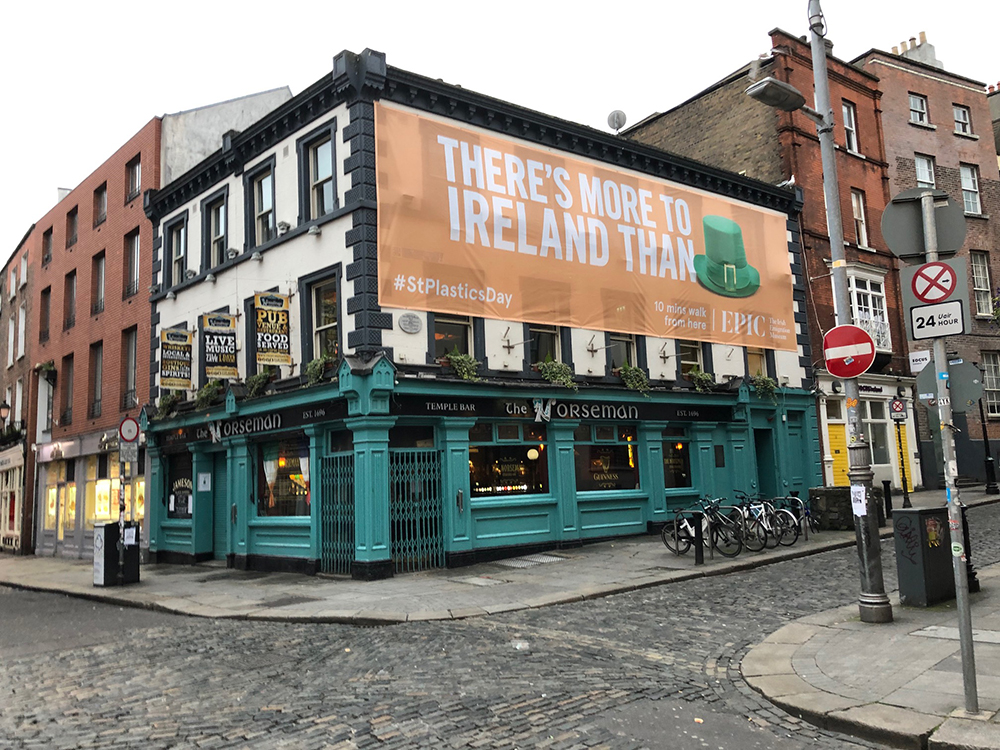 In the run up to St. Patrick’s Day, EPIC The Irish Emigration Museum has launched an initiative challenging people to see beyond the St Patrick’s Day stereotypes of novelty green hats and leprechaun beards.

In an effort to reframe the discussion around what it means to be Irish around St Patrick’s Day, it has launched a “There’s More To Ireland Than…” campaign centred around a stereotypes-for-substance ticket amnesty offer which encourages locals and tourists to exchange their green novelty paraphernalia for a free ticket to EPIC, and learn more about the influence the Irish have had on the world.

“This is about showing people that as well as the craic, the pints and the shamroguery, there’s more to Ireland and the Irish.” says Mervyn Greene, Managing and Museum Director of EPIC.  “Ireland has given far more to the world than stereotypes. We’re inviting people to our museum to get a deeper understanding of the influence of the men and women who have left and learn more about what Ireland has given the world through her diaspora. Whether it’s our inventors, writers, musicians, architects or scientists, there’s a great opportunity for everyone to visit EPIC and feel proud.”

With an unmissable poster placed in the middle of Temple Bar, a part of the city more associated with revellers, EPIC has made a simple and strong statement: ‘There’s more to Ireland than…’ The hashtag #StPlasticsDay hopes to spark further discussion. The phrase “St Plastic’s Day” has on occasion been used negatively online to disparage those of tenuous Irish connection celebrating St Patrick’s Day. EPIC will use this instead to feature why people should be proud of Ireland and the Irish and the great celebrations that are happening around the world.