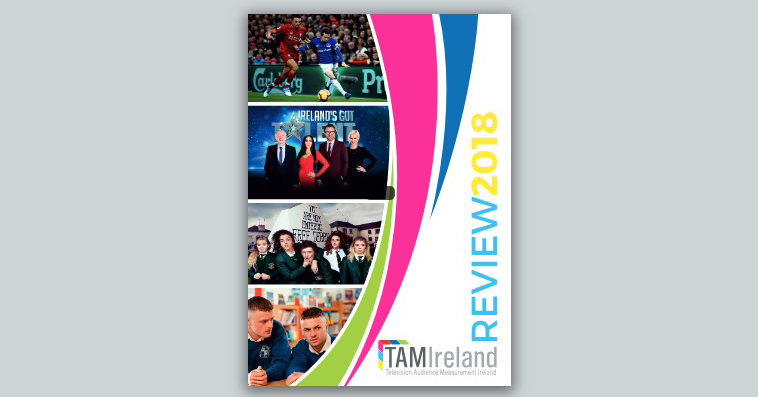 They were followed by Virgin Media, eir, McDonald’s, Aldi and L’Oreal.

In terms of the categories that dominated TV advertising during 2018, telecoms, TV and online services took the top slot, followed by household,  motors, insurance and entertainment & leisure.

According to TAM Ireland, live TV remains fundamental to peoples viewing and 86% of TV was watched live in 2018. When it comes to the choice of devices on which TV is watched, the trusted TV set continues to dominate all other devices with an 85% penetration. It was followed by smartphones (6%) PC/laptop (5%), tablet (2%) and out-of-home viewing (2%).

“It’s fantastic to see the power that Television continues to have in grabbing the nation’s attention. As programme choice continues to expand so too does our appetite for content. Over the last decade we have seen viewing time and occasions increase to consume this additional choice. TV is in a great place right now and dominates the media. 2019 should be a super TV viewing year,” says Jill McGrath, CEO of TAM Ireland.