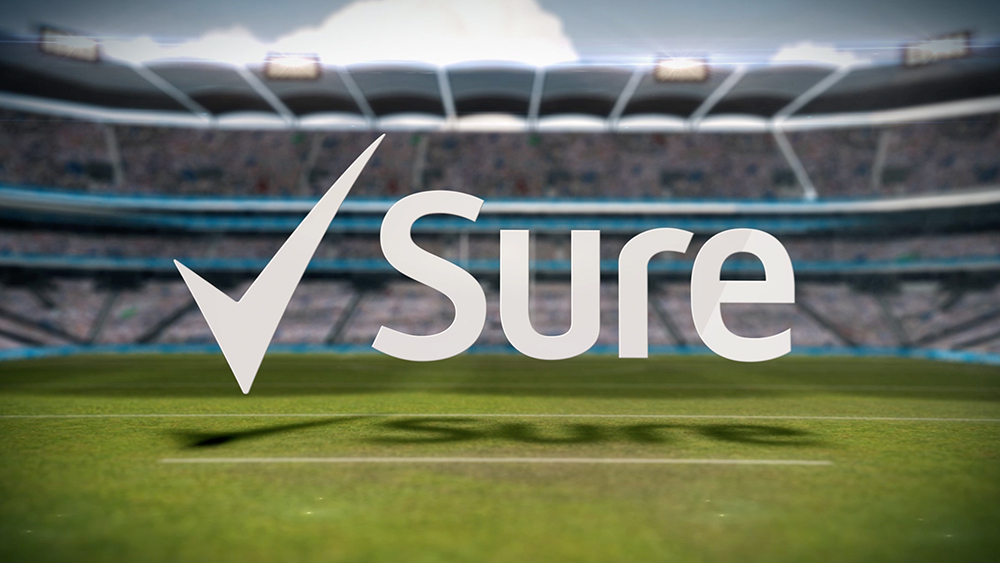 With a memorable 2018 GAA Championship season drawing to a close this weekend, the Unilever-owned Sure and media agency Mindshare were once again behind partnership with the GAA, providing live match statistics throughout the summer.

Now in its third year as GAA partner, Sure’s innovative advertising campaign spotlights live statistics from the GAA All-Ireland Senior Hurling and Football Championship matches during half time and full time commercial breaks on RTE, live full-time stats on Snapchat and Facebook, and digital out-of-home formats in commuter and retail spaces. The campaign was brought to life by Dublin footballer Ciaran Kilkenny and Wexford hurler Lee Chin, who were 2018 brand ambassadors.

Mindshare and RTÉ created 10 second TV swipes featuring key statistics from the first half, as well as full-time statistics across the season, which featured right the way up to the epic All Ireland Hurling Final between Limerick and Galway last Sunday. This will also feature during the upcoming All Ireland Football Final between Dublin and Tyrone.

In addition to broadcasting live on television, real-time statistics are showcased on digital outdoor formats using Kinetic’s new dynamic dOOH platform, Kinetic Rush to target commuters and match goers as they travel to and from Croke Park for the semi-finals and finals of the games, as well as a wider audience across Dublin city centre and shopping centres nationwide, full time game analysis was also broadcast with an hour of the final whistle on each of the match days and for the following 2 days.

According to Claire Howard, Personal Care Marketing Manager for Unilever Ireland: “We are in the third year of the partnership and each year bring to life the partnership by bringing real time statistics & contextual information to TV, OOH and social which enhances the fans experience, adding unique value to the enjoyment of the games.”

David Ahlstrom, Mindshare’s Chief Creative Officer commented: “For this year’s campaign we increased the number of stats to 17 different variants and increased the number of media channels these stats appear in real-time. This continues to demonstrate our brand ethos here of at Mindshare of adaptive marketing but by adding TV, OOH and social we are doing it at scale.”