How a missed opportunity to see a French classic led to a meeting with the son of a Hollywood legend in a whirlwind trip around Ireland, writes Simon O’Neill.

Where do ideas come from? What strange process conjures them into view? We don’t sit down and analyse this process too often. This is probably just as well as ideas come from the subconscious and that process doesn’t really stand up to too much scrutiny. Last year, Ford Ireland asked Ogilvy to come up with an idea to promote the new Mustang. A superb car but how best to show it off?

Le Cercle Rouge, directed by Jean-Pierre Melville, is one of the French New Wave’s most influential films. So, when the Irish Film Institute announced they were going to screen a 35mm print of this classic crime movie, I thought I’d check it out. When I arrived at the cinema, however, the one and only screening was sold out.

Glancing across the hall, I saw a poster of Steve McQueen, in his racing leathers, giving a two fingered V sign to camera. The image stared out from a poster for the film ‘Steve McQueen: The Man & Le Mans’, so I decided to see that instead.

It’s a fantastic tale of the numerous things that went wrong during filming of the ill-fated movie, ‘Le Mans’, released in 1971. McQueen’s ex-wife and co-stars were tracked down and interviewed. And so was his son, Chad McQueen.

He was a pretty engaging, funny and entertaining contributor to the documentary. This was interesting because, at Ogilvy, we had been asked to come up with some way of promoting the new Ford Mustang to an Irish audience. And to any movie buff who has seen the classic film Bullitt, Mustang means McQueen.

The Ford Mustang is one of those cars that oozes adventure, excitement and freedom on the open road. It had only ever been available as a left hand drive but in 2015 – to celebrate its 50th birthday – Ford decided to launch in Europe for the first time a right hand drive version, for folks like us in Ireland.

Not many people were aware of this development, however, so we needed to make some noise about it. Our plan was an ambitious five-day jaunt across the country, showing off a different aspect of the Mustang in each different location.

The next generation Mustang would meet the next generation McQueen against the backdrop of some of our most scenic stretches of road – if we could get Chad McQueen to swap the dry heat of Malibu for a few days of fresh Irish springtime, that is.

A call was arranged and we all sat around the phone on a windy Dublin afternoon waiting for Chad to come on the line and ask us in that wonderfully laconic West Coast way “Guys, what’s the vision here?” It wasn’t too hard to present the trip as a fun adventure. Once he was on board, we could start mapping out the madness that would become The Mustang Run with Today FM joining us as radio partners.

Over five days, we’d shoot five videos, edit them overnight and release a new one each morning – a completely ridiculous schedule but one that we somehow managed to adhere to, give or take a few hours, thanks to the bleary-eyed persistence of the crew.

The themes of the trip became our titles – Anticipation, Performance, Style, Heritage, Character – all words that the Mustang evoked with its thoroughbred pedigree.

The car looked great, the people who came to see it had fun and a competition, sending someone to California in a Mustang convertible engaged the public even further.

There was a rise in sales but every bit as important as that was that people all over Ireland knew that the new Ford Mustang had arrived – now with the steering wheel in the right place. Changing perceptions was every bit as important as shifting metal. People sometimes think of Ford as safe, reliable and solid. And yes, it is all these things. But they also have this iconic, gorgeous monster of a car on their books that sums up the company’s pioneering spirit. The Mustang Run helped remind people of that.

At the AMPC awards, judge Andy Stanton called it ‘a simple and charming campaign that worked on many levels and which delivered great results. Everyone clearly loved being involved and I’m jealous I wasn’t’.

And he was right – who wouldn’t want to tour the country in a 5-litre, V8 Mustang Fastback, staying in fancy digs and seeing Ireland through the windscreen of one of the world’s most iconic cars.

If there is any point here, it’s that ideas come to us in roundabout, subconscious ways. Bringing in influences from other industries and disciplines can help. Books, films, art, sport, politics, overheard conversations – they can all lead to an award-winning campaign (or a crumpled up scrap of paper being chucked at the waste paper basket). As long as we run at the wall, we can sometimes break through it.

I never did get to see Le Cercle Rouge but I’ll get around to it someday. We did get to hang out with a good-looking, all-action, legendary movie star, though… The Ford Mustang Fastback GT.

Simon O’Neill is a copywriter Ogilvy. In association with APMC. 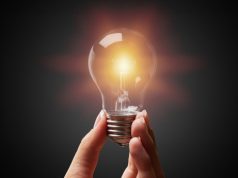 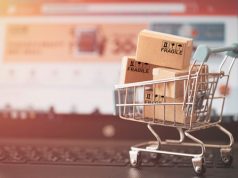 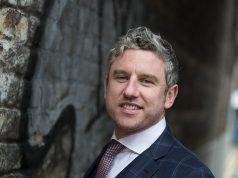