Influencer marketing can  be an effective tool in a brand’s marketing armoury if aligned with the right influencers. But when it’s left to chancers, forget about it, writes Graham Stewart. The other week, I got a follow from an influencer. Wow. A real life influencer. I know he’s an influencer, because he told me he was. It was right there in his profile. “Gamer. Vlogger. Influencer.” I mean, he must have been, right? He had 54,000 followers. And, um, was following 58,000 people. Oh. Right.

There’s a thing in the world of online gaming and first person shooters called Kill/Death ratio or KDR. Everyone can see your KDR in your profile – how many times you’ve killed someone as opposed to how many times you’ve been killed. Saying you got 16 kills in one round isn’t that impressive when you bought the farm 48 times in the process (a KDR of 0.33). I think Twitter and Instagram users should have to display their KDRs. It would help quantify how much influence they actually have. Maybe.

Just for the hell of it, about a year ago, I followed everyone Twitter suggested to me. The thing snowballed quickly. Twitter would keep firing more prospects at me every time I obliged. And the vast majority of them would follow me right back. They hadn’t the first iota about me, what I do or what I tweet about. These users, desperate only to up their score, were simply scratching the digital back of whoever scratched theirs. Like for like. Follow for follow. I think between Saturday and Sunday I went from under 200 followers to over 2,000. Of course by that stage I was following almost 3,000 for my trouble. That’s 3,000 randomers I didn’t care about, and, even if I did, it would not have been humanly able to keep on top of everything they had to say.

So I started unfollowing, and they all did the same. As of right now I have 486 followers and am following 691. That’s a KDR of 0.7. Crap if I’m a gamer, and crapper than crap compared to Katy Perry’s KDR of, um, 558,125. And that’s fine by me. I don’t claim to be an influencer and each of the 691 I’m following, I do it because I’m interested in what they have to say.

Back in the day, I used to dread being asked to think of a celebrity we could use to lend their voice or face to a campaign, not least because there’s a real shortage of them in Ireland and the same names kept popping up (If an Irish version of Top Gear existed, the star in a reasonably priced car segment would have run out of ‘stars’ before the first season was up).

The same thing seems to be happening now to some extent with influencers. Who is an actual star and who simply has stars (and dollar signs) in their eyes? How can we really calculate their value? Amount of followers? Number of views of their videos? They help, sure. But with some of them looking for their palms to be crossed with enough silver to buy a racehorse, we have to wonder what the real return is. I’m by no means saying enlisting the services of influencers is wrong – we enlist their services regularly – but due diligence has to be exercised. And we’ve tried and tested methods and tools that do just that.

It used to be websites. Then Facebook pages. Today, influencers are the shiny must-have of the day – what a lot of clients out there believe they simply must have, at all costs, and will only reflect back later on about whether it was necessary or right.

At the end of the day it boils down to two things for me: brand fit and sell-out factor.

For example, the 20-year-old who reviews shoes and does make-up tutorials has 100,000 followers on TwitterGram and 500,000 views on YouChoob, but is she really the best person to be extolling the virtues of your new cordless steam iron? Being the only person who would return your emails, was willing to do it, or was within your budget just doesn’t tick enough boxes.

And is this 20-year-old (hey, she could be 37 and she could be a he just as easily) so thinly spread that she’s virtually see-through at this stage? Does every video she’s posted in the last few months start with a thank you to all the brands who have been bombarding her with products “to try”? Not free stuff, no. Samples… to try.

Call me cynical (most people do) but sometimes it just seems like a lot of influencers are influenced only to be influencers by the influence of what they might be able to influence from us. And now it even seems certain people of influence are offering courses in how to be an influencer. Shudder. At the end of the day, we have to ask ourselves who’s really influencing who?

Graham Stewart is creative director at McCannBlue and Tweets as @mrgrahamstewart 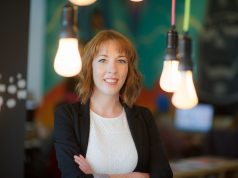 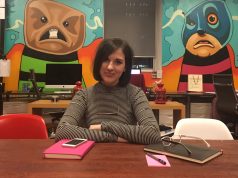 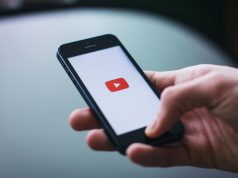