With a general election around corner, the youth vote could well be a key factor in deciding who governs Ireland for the next four years. While politicians had better take note, marketers should also be looking seriously at this cohort if they want to stay in the race, according to Claire Hyland.

On May 23rd 2015 Ireland became the first country in the world to legalise the same-sex marriage by popular vote. Political correspondents claim the youth vote carried the YES vote over the line. Months later and Ireland passed The Gender Recognition Act. Interestingly, the first draft of the Gender Recognition Act was not nearly as progressive as the final draft. LGBT advocates claim it was the incredible outpouring of youth support for the Marriage Equality Act that opened politicians’ eyes to what the youth of Ireland really want – a country where ‘the individual’ is respected.

So, on this an election year, where we also celebrate the centenary of our independence, The Youth Lab foresees more 18-24 year olds, in particular, engaging in the type of politics they care about. Not the backhanding, cronyism, old school type of politics, but the type of politics that puts the needs of real people first. The type of politics that asks not just what are we doing at a local level to make life better, but what are we doing today that will positively impact life in and out of Ireland years from now? So, while equality for all will continue to be top of the agenda for young people, so too will collaboration on environmental issues. And, in the true spirit of youth, these collaborations with be fun!

Driven & on the hunt for life skills

Looking specifically at the 18-24-year old cohort, we see a really strong desire to take an active role in their communities and their future. They have an impetus to change the world, but they want to do it their own way. They’ve lived through a recession so are more aware of the effects of the economy first-hand.

To set themselves up for success they are likely to want to further develop their life skills, so, for 2016, we predict an increased interest in practical educational courses, online tutorials and knowledge ‘marketplaces’ – young people bartering and sharing their own knowledge and skills in exchange for others.

Empathy on the rise

Despite the general consensus that today’s youth love to be connected 24/7, recent research from The Youth Lab highlights that young people are aware of the importance of taking physical and mental breaks from their hectic, multi-screen lives. In fact, only 17% claim to want to be connected 24/7, with a further 80% claiming to actively engage in digital detox, with the majority taking less than a day’s break at a time.

Indeed, the stress and anxiety associated with maintaining a constant social media presence and projecting a ‘perfect self’ is a contributing factor to the high levels of anxiety for many young people in Ireland. Research from The Health Research Board highlights that 1 in 3 young people in Ireland are likely to have experienced some type of mental disorder by the age of 13, rising to 1 in 2 by the age of 24.

For 2016, we predict a growing awareness of the mental health issues of Ireland’s young people, with a subsequent rising tide of empathy coming from young people themselves, who will take the time to understand each other better, be slow to make quick judgments, and generally try to be more caring, particularly towards their circle of friends.

2016 is set to be the ‘year of VR’ with virtual reality finally becoming affordable. The youth adoption of VR is dependent on the cost of rigs and cameras, which to date have been massively prohibitive. With Oculus Rift scheduled for a Q1 2016 Release at a rumoured price of between €300-500, and the recent launch of GoPro’s 360 camera and Nikon’s D5, everyday VR filming and shooting has just been made possible.

So while the 2012 Olympics were deemed the ‘The Social Media Olympics’, the 2016 Olympics are likely to be remembered as ‘The VR Olympics’. Consumers, brands and media owners are all likely to experiment in the VR space giving Ireland’s 18-35 year olds a truly immersive sporting experience, far from the sports stadia of Brazil.

So what are the brand take-outs from all of this? For a start off, behave as a purpose-driven brand, committed to social responsibility and engaging youth audiences via fun collaborations. Brands should also embrace an empathetic mindset and continue to show that they care by building products and services designed around the real needs of users. Finally, experiment in VR and position yourself as a future-focused innovative brand keen to deliver immersive brand experiences.

Claire Hyland is director of Insights at The Youth Lab, part of Thinkhouse, the youth communications agency. 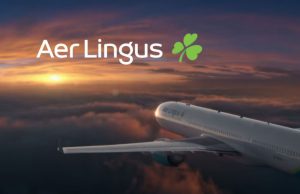 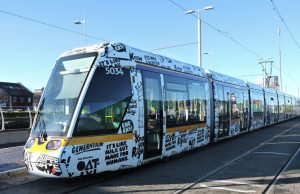