Virtual reality, the Internet of Things and interactive video are just some of the creative technology applications that marketers should be looking out for in 2016, writes Eve Conboy.

Technology is now a vital component of creating great advertising experiences – long gone are the days of having a team of ‘devs’ in the corner making websites and banner ads a week before a TV campaign goes live. Creative technology provides a canvas for ideas and invention that is limitless, and any marketing agency that is not taking technology seriously and investing in tech talent is simply not taking their business seriously.

At Cannes this year, we saw the first Innovation and Data Lions – a whole category to rival that of media and creative, dedicated to the effective use of technology to solve business problems and create wonderful marketing. Yes, Art & Code is the new creative team.

So what are the key trends emerging in this space and what should marketers and their brands be looking out for?

Many are predicting that 2016 will be the year that virtual reality (VR) breaks. The long anticipated retail release of the Oculus Rift headset has been announced (Irish release will be in in January) as well as the Samsung Gear VR, Sony and Microsoft headsets. Not forgetting Google Cardboard, which offers a relatively inexpensive way to offer VR viewing to the masses – something that is yet to be capitalised on by a brand – surely there’s a great idea there?

A fully immersive VR experience has such a powerful impact on the brain, it’s usage potential in cognitive therapy (eg phobias) and even in medical pain relief is in R&D in universities all over the world. For marketing, this means harnessing someone’s attention in a way that other media just can’t reach – Red Bull’s cliff diving experience was a great example of how it can work. It will take a few years before we fully understand how to deliver mass VR campaigns, and will depend on the home adoption of headsets which will take some time. For now, we’re seeing savvy retailers use VR to offer unique shopping experiences, for example Westfield shopping centre in London and Dior stores both used VR to deliver instore experiences with a difference.

As we wait for a world of headset wearing masses, we can still innovate with video content through new forms of interactivity suited to mobile and tablet interaction. Facebook launched its 360 video platform in October and YouTube also launched a 360 platform this year. So keep an eye on creative executions coming through over the coming months. The standout brand using interactive video in 2015 was definitely Honda, with its “The Other Side” and Civic Sedan campaigns. Elsewhere, American Express teamed up with Google to deliver the wonderful Taylor Swift Unstaged experience, a 360 interactive video campaign for American Express customers that lets you interact with Taylor to uncover different stories within her music video.

Through mobiles and wearables, the gap between the digital and physical worlds gets ever narrower. This year we’ve seen some great uses of IoT connectivity to solve problems – a standout example in 2015 was Australian mobile phone company Optus and their Clever Buoy campaign, which used their mobile networks to connect smart buoys to create shark detection systems around popular Australian beaches. The resulting campaign won them applaud from public and press alike for using their own mobile technology and a partnership with scientists to provide a solution to a genuine public concern.

This is key for brands who want to use IoT effectively as part of a campaign – it should be something useful and genuinely needed by consumers. Both Bord Gais and Electric Ireland have improved their Customer Experience by bringing mobile connected energy devices to their customers. Radical’s own NightRun campaign for Samsung was another great example of linking physical and digital to provide utility as well as fun to connect with consumers.

Many of the best IoT branded campaigns have come from partnerships between brands and tech companies, for example Mercedes-Benz partnering with Pebble to connect their cars. Irish brands should be learning from this and there’s tonnes of university departments and tech start-ups in Ireland right now that would jump at the chance to partner with a large Irish brand to develop a tech solution to a bigger problem. It just means being a bit brave, and being open to new ideas and ways of working. Advertising needs to disrupt in order to grow, but we won’t be able to do that on our own.

A final note; brands and their agencies need to be careful not to get sucked into a game of innovation buzzword bingo. Using technology to create excellent experiences still needs a strong insight and a great idea at the heart of it. Technology may change at a lightening pace, but people don’t.

Eve Conboy is a director at Radical, part of Core Media. She leads on creative technology, UX insights and planning at the agency. She worked in design and branding agencies in London for 13 years before returning to her native Dublin to join Radical 4 years ago. She is currently completing an MSc in Cyberpsychology. 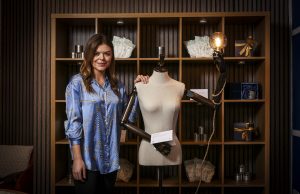 To highlight the rampant cost-of-living crisis in Ireland, the Society of St. Vincent de Paul (SVP), Ireland's largest charity, and In the Company of... 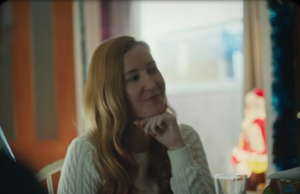 UNICEF has rolled out a touching new Christmas campaign that highlights the that age-old truism that the greatest gift is giving. The TV ad centres...