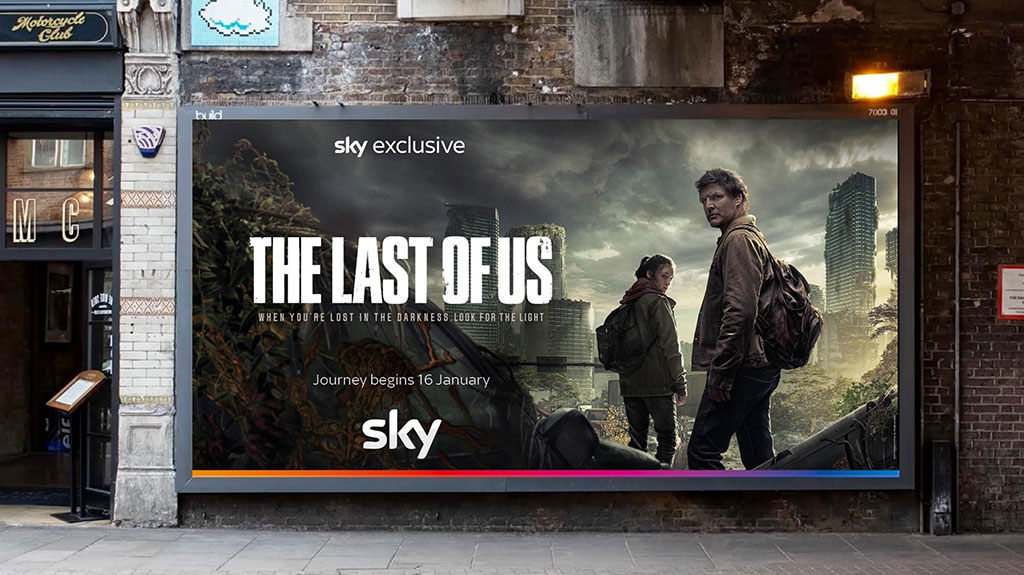 MediaCom Ireland, Ireland’s leading media planning and buying agency, has partnered with Sky Ireland to promote the launch of the hit HBO TV series ‘The Last of Us’.

‘The Last of Us’ is currently airing on Sky Atlantic and streaming on NOW, is a post-apocalyptic drama based on the best-selling video game of the same name and stars Pedro Pascal and Bella Ramsey.

MediaCom Ireland launched a teaser campaign to build anticipation for the series on December 5, driving early conversation and interest and showcasing the trailer across key social and video channels. The main advertising campaign for the series was launched on the January 9, aimed at the target audience of adults over 25 with an interest in sci-fi, horror and gaming. The first episode of the series aired on 16th January. 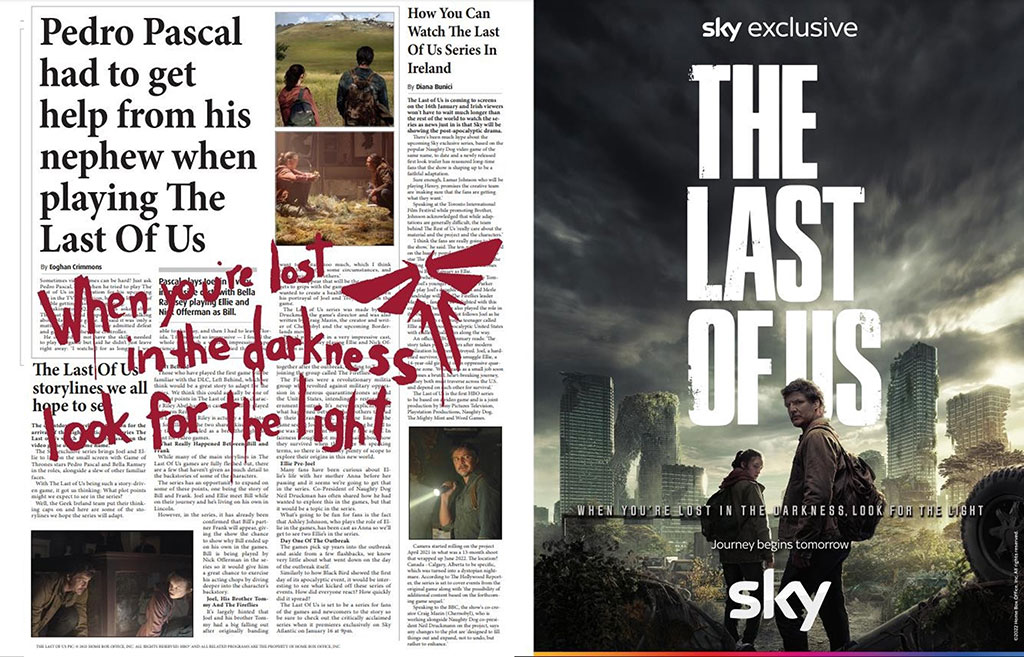 MediaCom launched a national advertising campaign across multiple formats including TV and BVOD, as well as high impact print executions and OOH. This activity was supported by a variety of innovative and immersive digital executions including Snapchat AR lens, a video switch format with Playground XYZ, and bespoke executions across Tik Tok, Reddit, and Instagram.

Dominick Holmes, Head of Performance with MediaCom Ireland said: “The Last of Us launch has created a fantastic buzz around the MediaCom office, particularly amongst our avid gaming and horror fans. Within the launch campaign we were able to bring to Sky several exciting new digital innovations to showcase the series,” says Dominick Holmes, head of performance, MediaCom. Ireland

“Utilising the amazing creative assets provided to us, we were able to speak to fans and key communities in targeted, engaging environments. Launch day was a great tonic to January’s Blue Monday,” he adds.