The Public House has created a new campaign for the Irish Distillers-owned Redbreast whiskey featuring the well-known Irish actor and comedian Chris O’Dowd.

The new campaign is to celebrate the second year of Robin Redbreast Day, an annual global date in the calendar designed to raise awareness and donations for charity partner BirdLife International and its joint mission to protect the common birds.

This is O’Dowd’s second appearance for the brand and once again he teams up with the brand’s mascot Robin to star in a campaign anchored by an offbeat video that examines the odd collective nouns unique to birds. O’Dowd went beyond the typical actor and ambassador role, working with The Public House on scripting and adding an aspect of his humour and voice to the campaign.

For every share and like the video receives, 25 cent (€)* will be donated to the global conservation charity BirdLife International who use the funds for their vital work in species and habitat protection, advocacy and conservation. 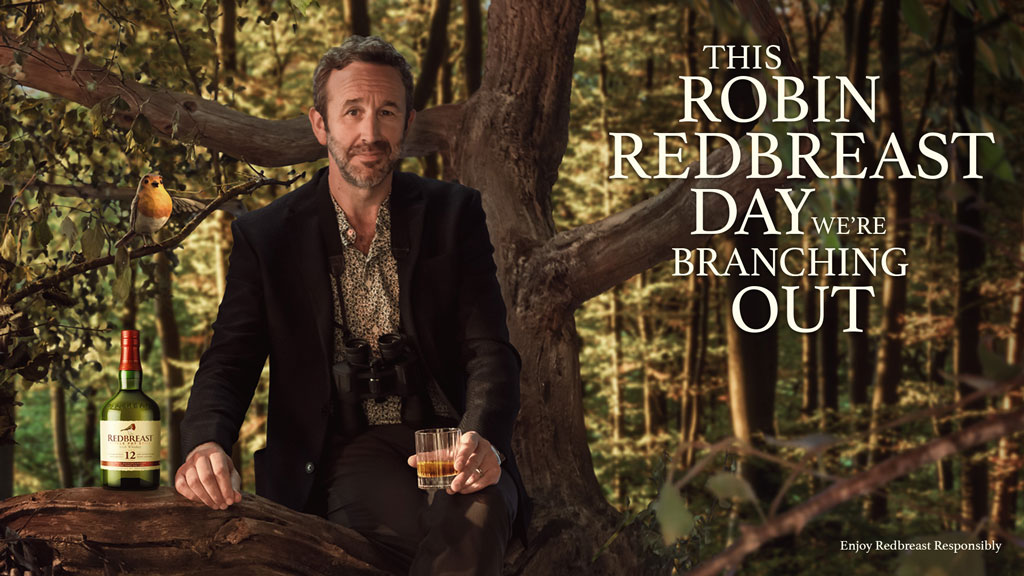 Redbreast Irish Whiskey has a longstanding commitment to bird conservation, and over the years the whiskey has focused on ways to give back to well-known yet vulnerable species who have come under increasing pressure. BirdLife’s recent “State of the World Birds 2022” report, revealed that nearly half of all bird species are in trouble and one in eight are sadly heading towards extinction. Redbreast hopes to raise another €100,000 on Robin Redbreast Day, adding to a running total of €130,000 raised so far through Project Wingman.

According to Jarrod Banadyga, creative director at The Public House: “It was great to have Chris back, and to build on last year’s success. We wanted to put the duo in Robin’s world this year, and bring people into the cause through something funny and quirky. We think Chris has spent enough time sitting on a branch to last him a lifetime.”

Billy Leighton, Master Blender, Irish Distillers adds: “We are thrilled to be expanding our partnership with BirdLife International for another year to continue our joint mission to protect common birds worldwide. Following last year’s success, it’s great to have Chris back to help us spread awareness of Robin Redbreast Day and the common birds in an entertaining and uplifting way.” 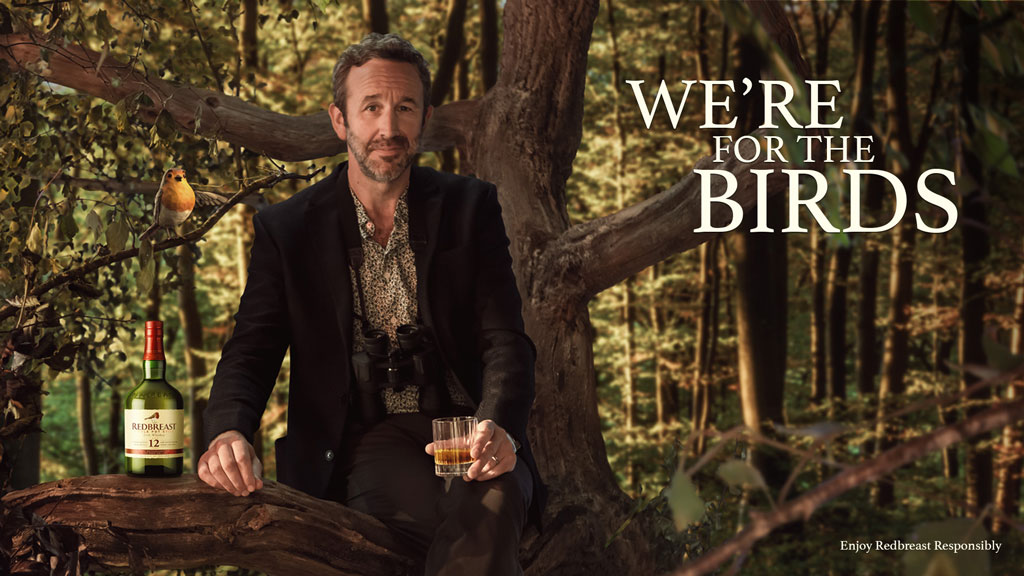