When Covid restrictions were first introduced in Ireland in early 2020, PML Group took a keen interest in how these limitations would affect consumer mobility and how consumers would interact with OOH advertising differently.

Through the ebbs and flows of the pandemic, we have tracked consumer opinions and mobility patterns using research partners such as Locomizer and Ipsos. Back in late 2020, we published Going Local, a study of Dubliners that found that two thirds of respondents said they were more likely to notice OOH posters in their local areas during those days of restrictions on movement. With restrictions now, thankfully, well and truly in the rear-view mirror, we have again partnered with Ipsos to get a fresh insight into how consumers see OOH media now versus pre-pandemic.

So now, with the benefit of time and space, are the Dublin population more aware/more likely to notice OOH advertising than they were pre-pandemic? Is a long-term outcome of the pandemic that OOH is now more ‘on the radar’ of Dubliners? The results of this latest piece of research suggests the answer to both is emphatically yes. 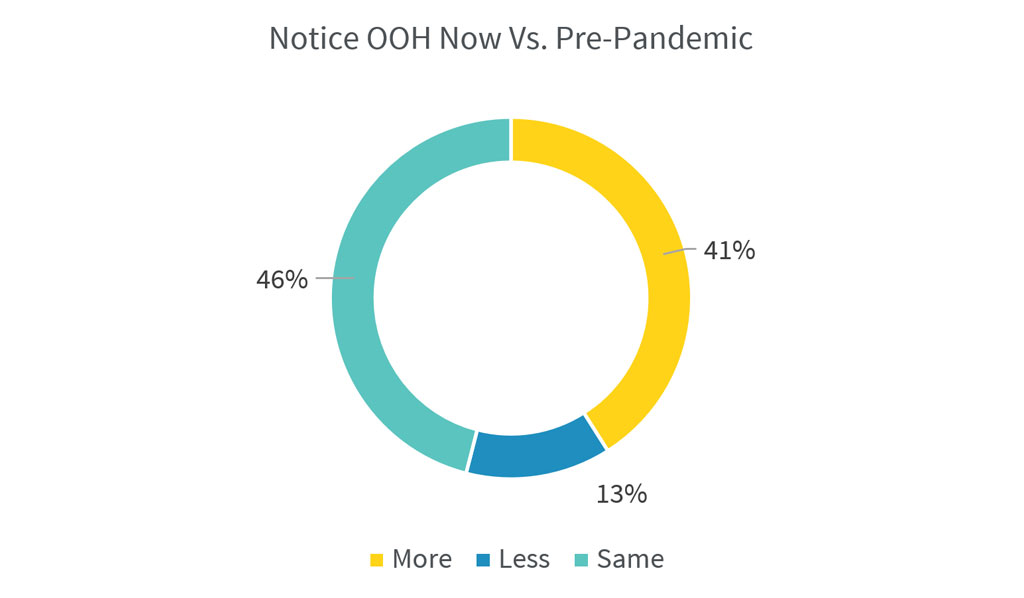 A higher percentage of males report noticing OOH more now, at 46% versus 35% among females. Those with kids under 15 in the household register 46% for noticing more now, in addition to 31% reporting no difference. When it comes to modes of transport used most often, a whopping 50% of bus users are noticing OOH advertising now more than pre-pandemic and only 15% noticing less.

It may well be the case that changing lifestyles because of the pandemic have had a positive long-term impact on consumers relationship with OOH media.

For full details on the research, please contact the PML Group team.

Running across a combination of static and digital OOH panels, Gordon’s 0.0 is on OOH in a dynamic way with their latest campaign, targeting those who would usually feel occluded from partaking in a festive drink.

Planned by PHD and Source out of home, with creative from PML Group’s Create, the campaign has been brought to life through dynamic messaging via Liveposter across Digipanels, Tesco Live and Digitower screens, availing of contextual Digital OOH via time triggers that shift the event-based copy relevant to potential consumers around weekends and seasonal festive occasions.

Alongside dynamic displays the campaign is amplified by classic OOH across 48 sheets, Capital Ts and Metropoles cross the country. This multi-pronged approach allows for increased exposure and awareness to the target audience in a seasonally contextual manner. 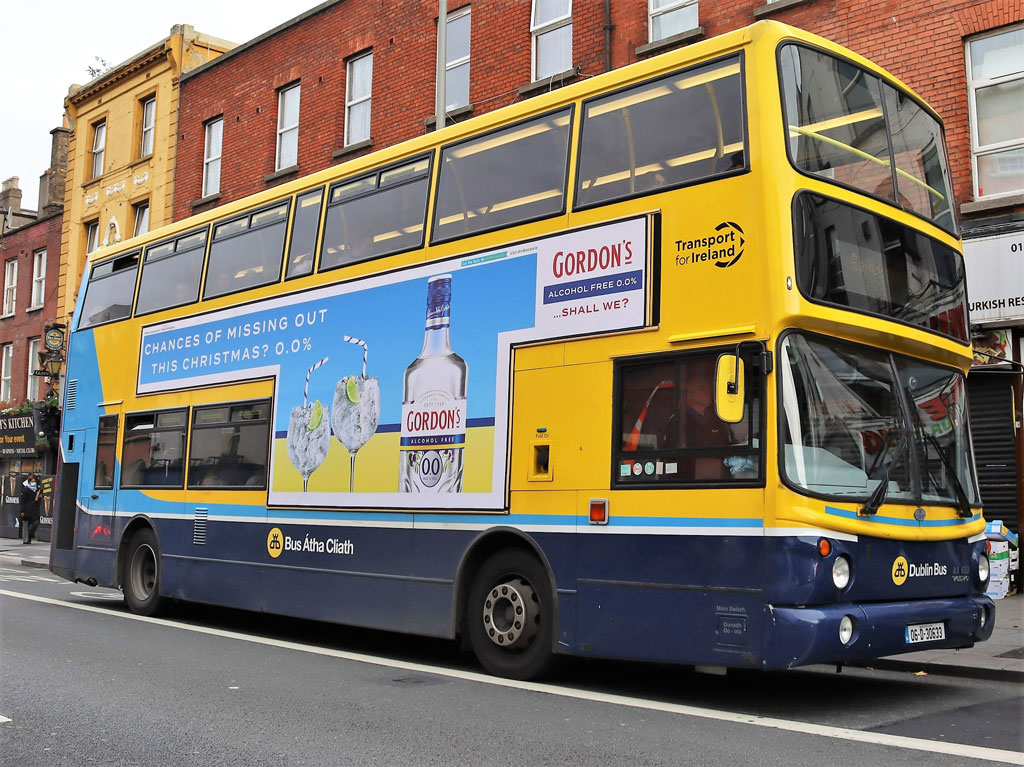 Amplifying your campaign with Digital OOH enables flexibility with media and creative copy – to deliver the right message at the right time in the right places for audiences. It offers tactical opportunities in daily and daypart planning, while Liveposter allows for contextual messaging based on live data triggers. This is highly impactful and helps brands build a dialogue with their audiences in real-time and in real-life.

ESB ecars has launched a National OOH campaign to promote its network of charge points. ESB owns, operates, and maintains over 1,350 public charge points across the island of Ireland. These are available for electric vehicles and are found nationwide in locations such as motorway services, on-street, shopping centres and carparks. The campaign, planned by Carat and PML, is running on targeted 48 Sheets, Adshel and Bus Shelters. Contextual poster copy created by Zoo included county driver callouts along with the number of charge points there. 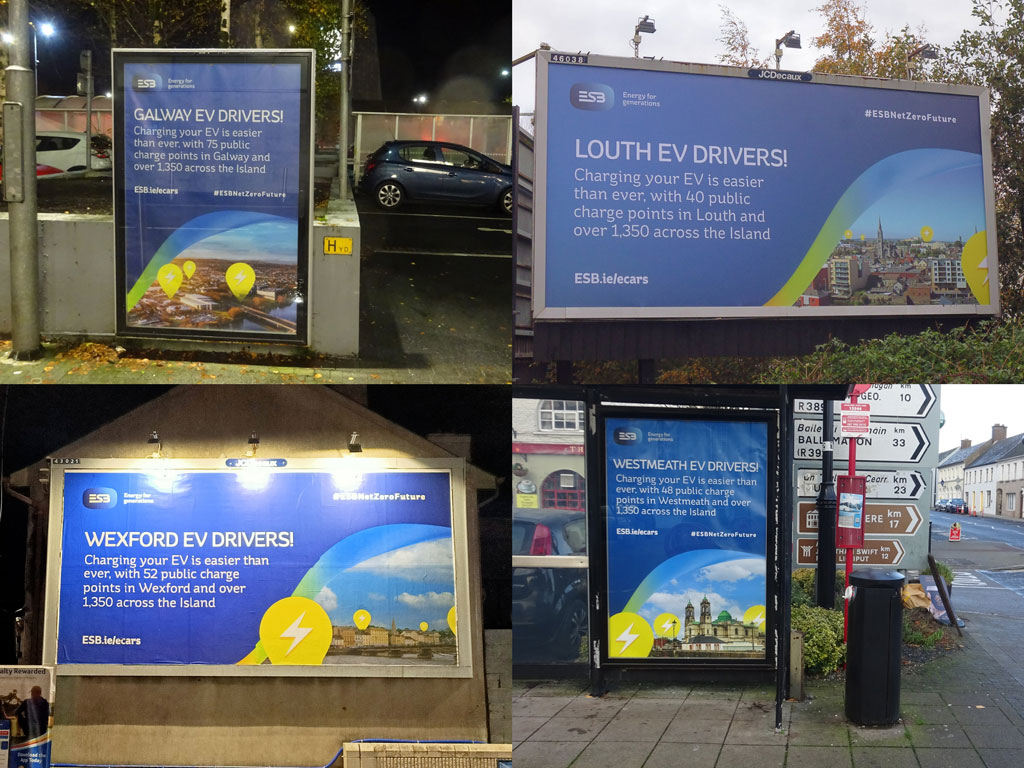 Eircode locations of the charge points were ingested into our MAPS platform and matched with optimal proximity sites.

Together with every electric vehicle owner, ESB is playing its part in powering Ireland towards a cleaner, brighter future. The electrification of transport is a key component of ESB’s low carbon strategy for a brighter future and forms an essential part of its Net Zero by 2040 strategy.

Recent YouGov Global Profiles data reveals that almost two thirds (65%) of global consumers agree that the future vehicle industry is electrification, with only a small 11% disagreeing. 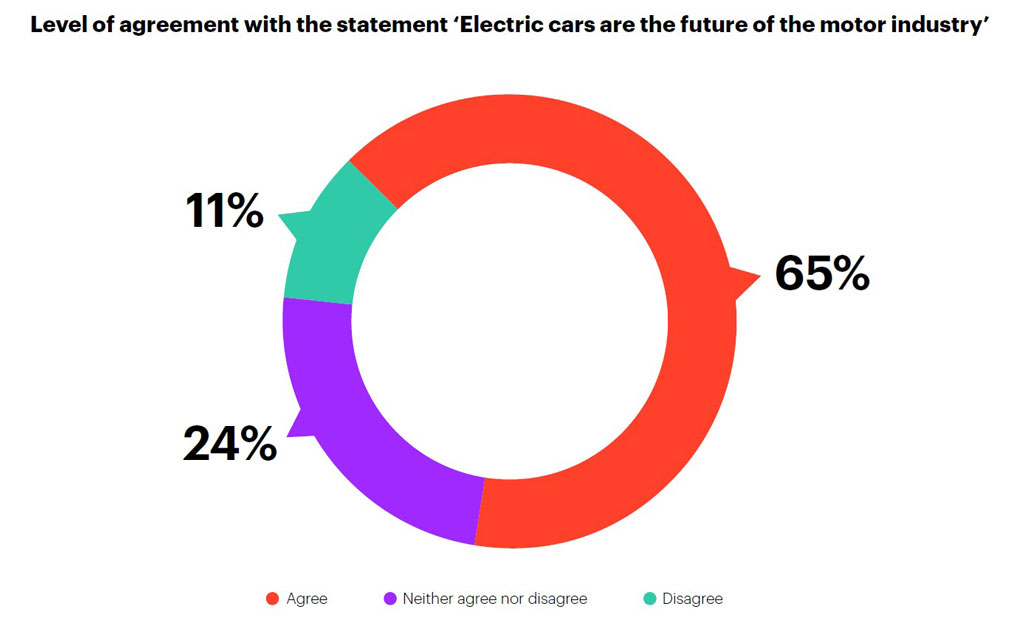 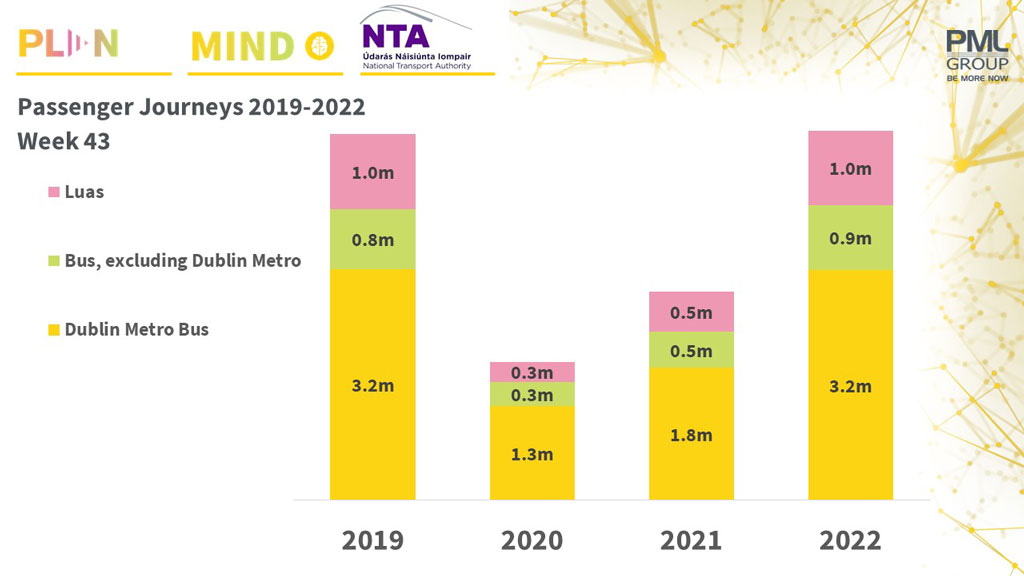 The Competition and Consumer Protection Commission (CCPC) commissioned Ipsos MRBI to conduct research in October 2022 to gain further insight into consumer attitudes to the Black Friday / Cyber Monday sales in the face of ongoing energy and product inflation. The survey was conducted ahead of the start of the Black Friday sales on 25th November. 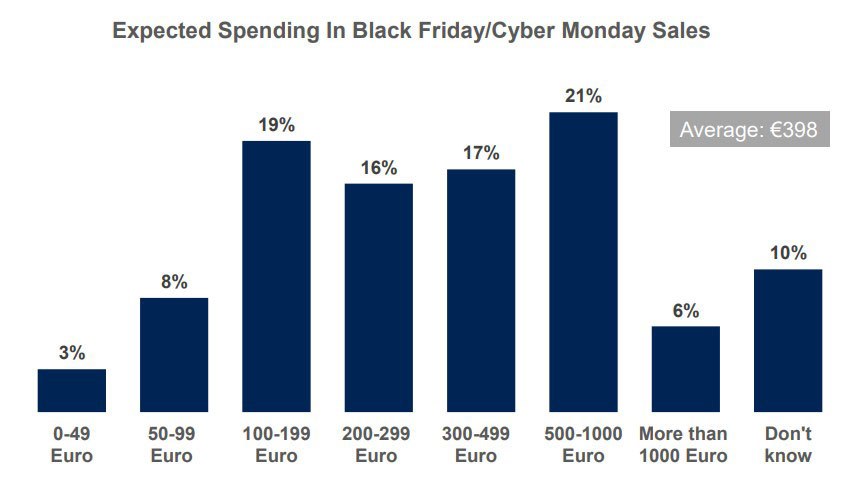 81% of consumers are planning on researching the advertised discount of the item before purchasing, with 18% responding that they would not do any research. Those intending to do some research was highest among the 45+ age group (87%) and lowest among the 15-24 age group (69%).

Electronics are the most popular item for consumers with 46% intending to buy an electronic item, with an average spend of €502. The most popular electronic item was a laptop or tablet device (37%), followed by mobile phones (26%) and televisions (22%). Clothing, footwear, and jewellery were the next most sought-after items (35%) with just over half of under 25-year olds planning these purchases. 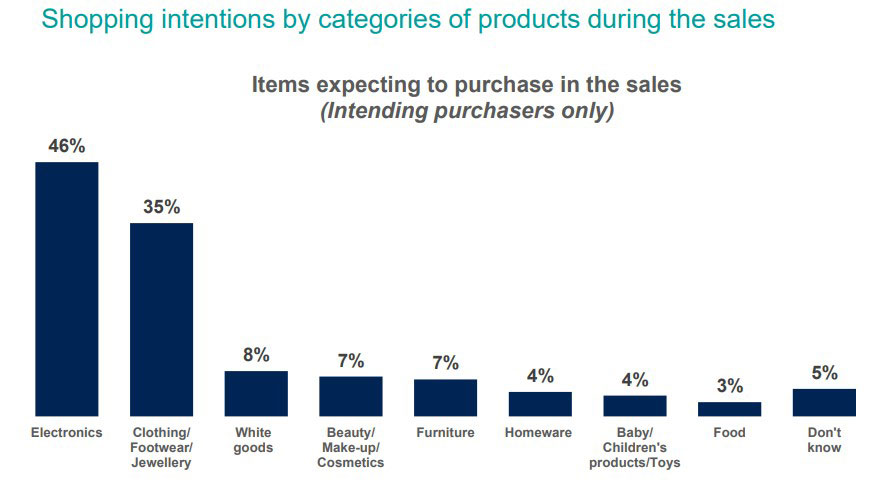 The Banshees of Inisherin drives surge to Cinemas in October

Last month saw the release of director Martin McDonagh’s ‘The Banshees of Inisherin’, which had people flocking to cinemas according to spending figures from Bank of Ireland. Starring Brendan Gleeson and Colin Farrell, the now-acclaimed Disney movie is credited with driving up credit and debit card spending at cinemas by 44% during October. The latest transaction data shows that card spending edged 2% higher last month compared with September, with spending in pubs surging 12%. 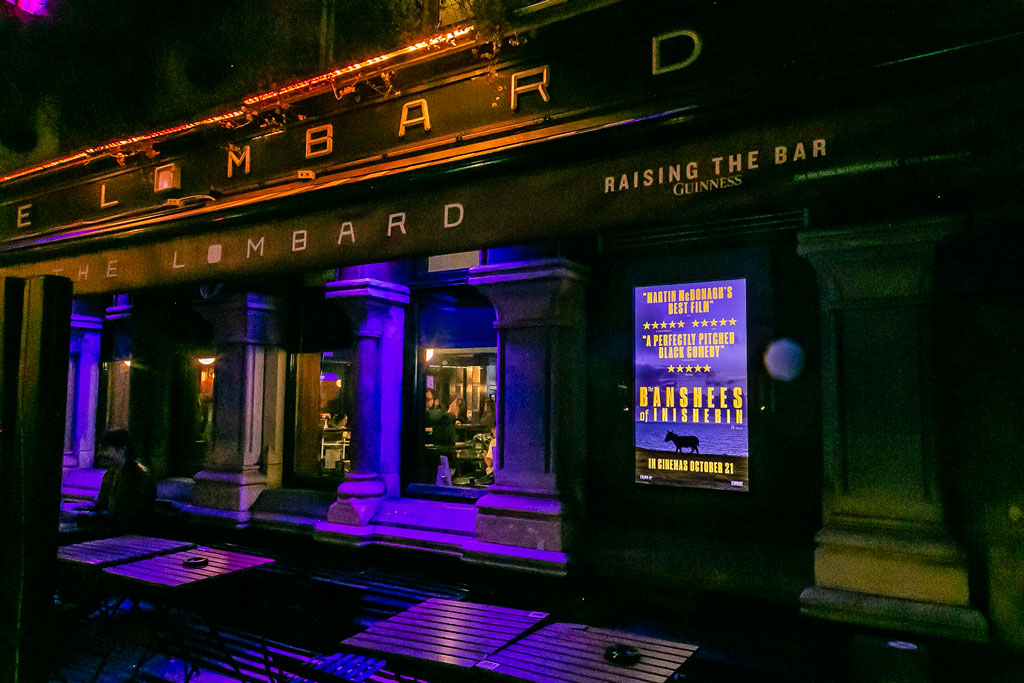 Bank of Ireland debit and credit card spending in October revealed an uptick in spending across business sectors, with both Retail (+7%) and Social (+5%) spend rising higher when compared to September. Total October spending rose by 2% compared to September, a more positive picture than the same period in 2021 when spending dropped by 3%. 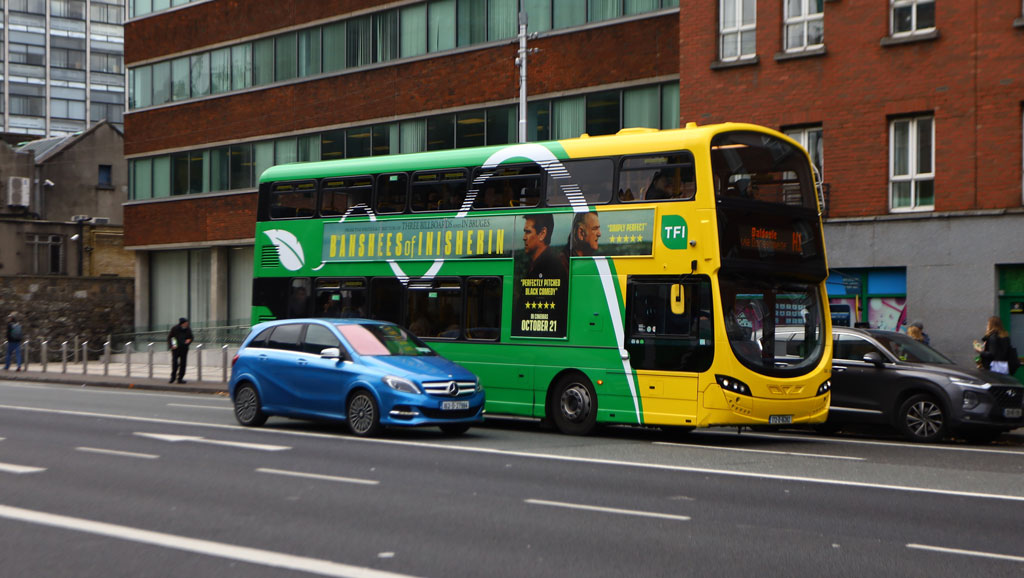 Despite facing higher energy, fuel and food bills, people have also been splashing out on takeaways, with card spending on everything from pizzas to Chinese food jumping 9% in October compared with September.

It is young people who are behind the increased spending, even though they are the ones often hit hardest when faced with economic challenges. Older consumers, while typically better off, have been more cautious in their spending.

Commenting on October’s spending data, Jilly Clarkin, Head of Customer Journeys & SME Markets at Bank of Ireland said: “To see both the retail and social sectors perform strongly in October is a positive sign, and total spending held up well following a dip in September and when compared to last year. A notable surge in cinema spend may be linked to the release of ‘The Banshees of Inisherin’ last month, which had people flocking to the big screen.

“It is worth noting that younger consumers are driving this spending, with 26 – 35-year-olds recording a 7% spike in October, followed by the 36 – 45 age cohort who’s spending rose by 5%. This contrasts with 56 – 65-year old’s where spending dipped by 2% and over-65’s where spending was flat for the month. We are now entering a busy time of year for retail and social spending, so it will be interesting to see if the next few months deliver more spending momentum.”