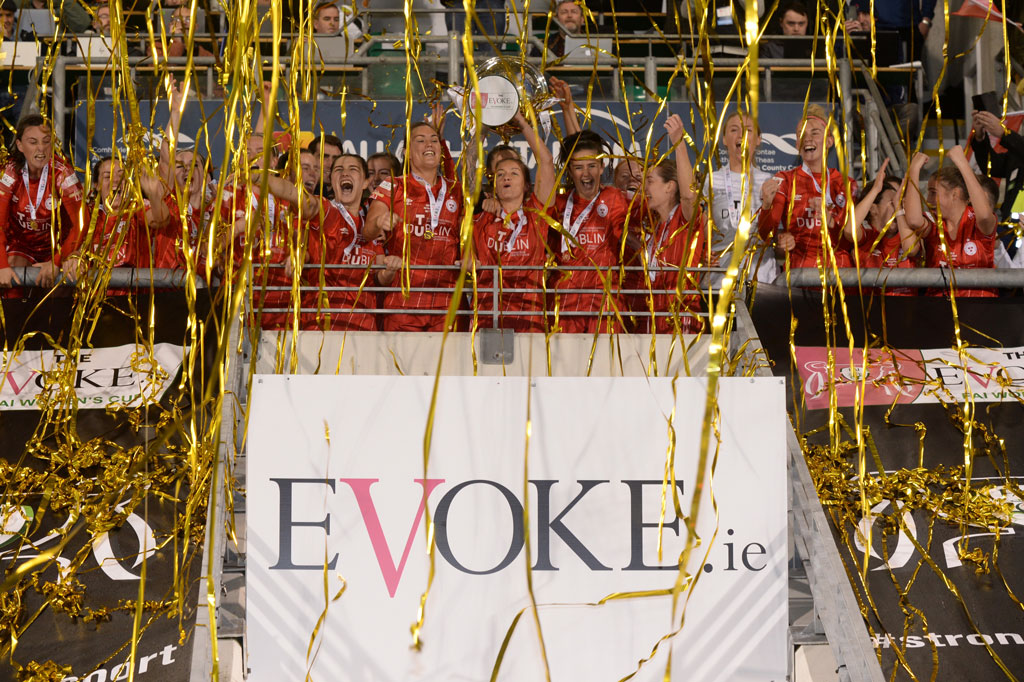 The third-largest audience for a women’s soccer game in Irish history was in attendance for the Evoke.ie FAI Women’s Cup Final last Sunday, justifying the media brand’s decision to sponsor the tournament, according to publisher DMG Media.

More than 5,000 people watched on as goals from Jessie Stapleton and Pearl Slattery helped Shelbourne to secure a 2-0 victory over Athlone Town in Irish women’s football showpiece event.

EVOKE’s sponsorship of the competition over the past two seasons and wider promotion of the women’s game in its content, has helped generate interest throughout the tournament, resulting in Sunday’s record turnout, according to DMG Media’s CEO, Paul Henderson.

“EVOKE is the premier site for women reaching over 1.2m unique Irish users every month,” he says. “EVOKE is an anchor medium for all smart marketers targeting the female audience in Ireland.

“Working closely with the new team at the FAI, we have been highly active in promoting the EVOKE.ie FAI Women’s Cup all season and particularly for the final through continuously great editorial coverage and promotions.

“The results speak for themselves. Record numbers in both attendance and TV audiences.”

Among the 5,073 fans in the stadium was guest of honour President of Ireland Michael D Higgins, a keen football fan, Republic of Ireland manager, Vera Pauw, keeping an eye on potential players for her team’s upcoming clash with Morocco and Minister of State, with responsibility for Sport, Jack Chambers.