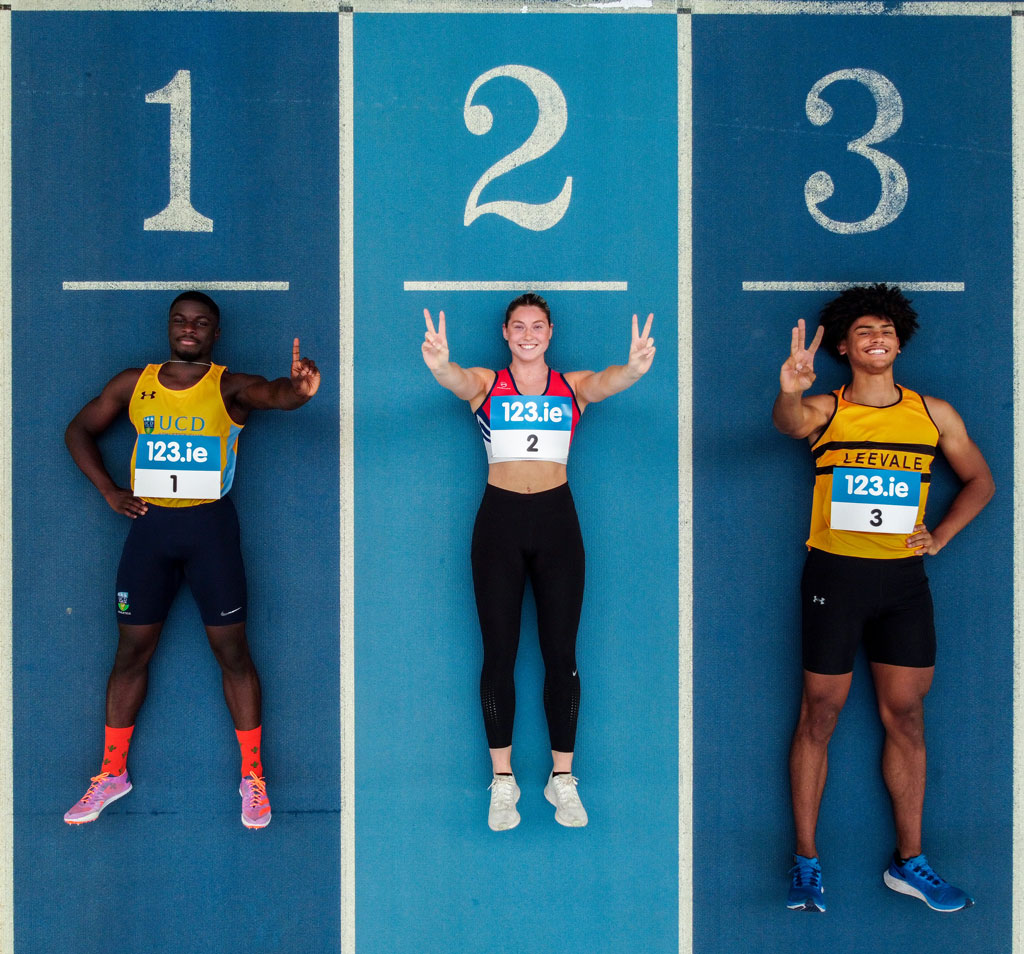 The online insurance broker 123.ie has been unveiled as the official partner to Athletics Ireland in a multi-annual six figure deal.

The new partnership will see 123.ie, which is part of RSA,  take up title sponsorship of Athletics Ireland’s National Championships, Summer Camp Programme, National Athletics Awards, and participation initiatives for the next three years.

The announcement comes on the back of a hugely successful period for Irish athletics which has seen Irish athletes secure thirty international medals during the Tokyo Olympic cycle, compared to the twelve claimed during the Rio cycle.

The support from 123.ie will further help develop the sport from grassroots right up to those medal-winning-stars. Athletics Ireland membership has bounced back tremendously following covid lockdowns, resulting in the 60,000-member milestone being achieved in October of this year, the earliest the figure has ever been reached in a calendar year.

This year has seen the emergence of the next generation of athletics stars including Ireland’s fastest man Israel Olatunde who thrilled Irish fans earlier this summer with his 10.17 record-breaking-display in the European 100 meters final in Munich.

According to Elaine Knowles, Head of Marketing & Customer Communications RSA Ireland & 123.ie: “The 123.ie brand is built on ‘always trying for better’ and that’s what our Irish athletes do day in and day out. Sport is one of the only truly shared experiences that still exists and inclusive sports, like athletics, has no boundaries. People from all walks of life can become involved in the sport. Athletics Ireland have so many high profile events throughout the year, such as the National Championships but also, events that go right to grass root level with communities like Summer camps and family events. It just made sense for a brand like ours to partner with such a great organisation.”