The Public House has created a new campaign for Jameson Single Pot Still called “It All Comes Back to This.”

The new campaign celebrates the launch of the brand’s single pot still which sees a return to the signature style that first made the Jameson name famous. The campaign creative will run on social, digital and digital OOH.

Throughout the 19th century, the Jameson Bow Street Distillery was famed worldwide for its single pot still whiskey. However, tastes changed, and in the late 20th century a switch to a more accessible blended whiskey style was made to attract new audiences. Today, inspired by Jameson’s rich history, the Jameson team made the exciting decision to masterfully recreate the signature single pot still style so that everyone can enjoy a piece of Jameson history – Jameson Single Pot Still was reborn. 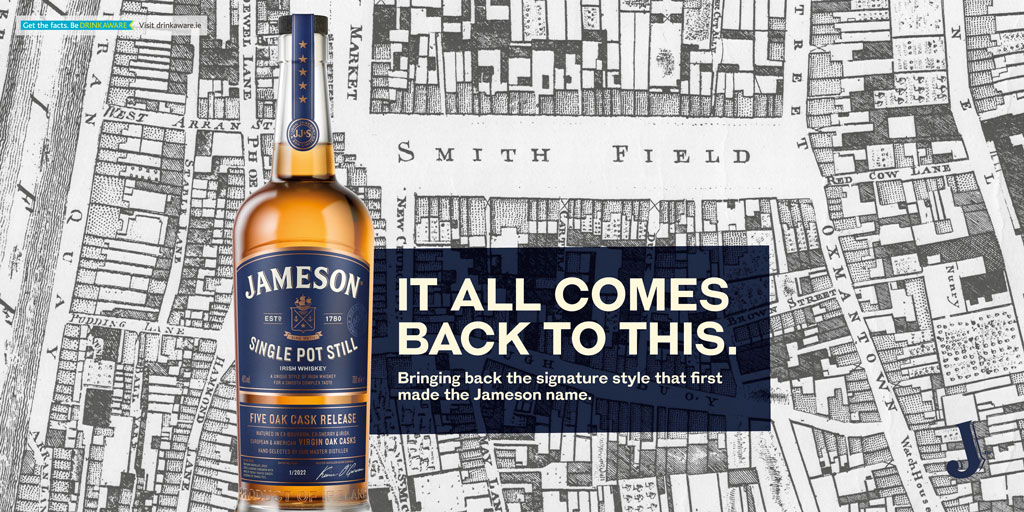 According to Claire Henry, marketing manager for Jameson Innovation: “Single Pot Still is the signature style that Jameson made its name on and a key part of Jameson’s history. This campaign pays homage to our roots, while explaining a distinctively Irish whiskey method. We’re excited to tell that story in a way people might not expect.”

The Public House’s executive creative director, Colin Hart, adds: “Jameson Single Pot Still is a release that’s steeped in history, but rather than try and recreate what’s in the archives, we challenged ourselves to tell that story in a contemporary style for a modern whiskey audience. The talented team at Floss Creatives turned our idea into a visually stunning film.”